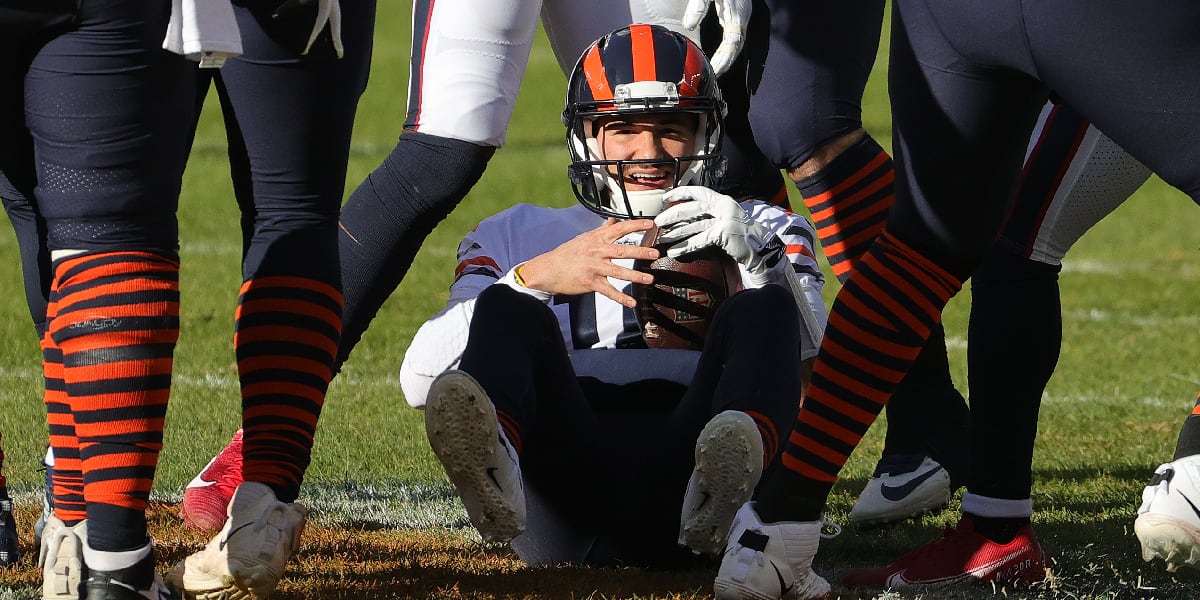 Admittedly, there are times where my writing can get too bogged down in big-picture stuff, which tends to keep me from finding joy in the beauty of a game I love watching.  And with things being what they are, it’s been easy for my eyes look away to the future, to the horizon, instead of where the Bears are doing on a given game day. Striking a balance has its challenges.

Knowing that, I wanted to have fun with Mitchell Trubisky getting one over on Deshaun Watson.

For starters, the third of Trubisky’s first-half touchdown passes was my favorite:

On the surface, it’s a simple 3-yard toss to the team’s best receiver. Put it up there between defenders and give your guy a chance to come down with it. But as Head Coach Matt Nagy explained, there was more to it than that.

During his Monday press conference, Nagy discussed how that score was similar to a broken play. What we saw develop in that moment was a result of a quarterback and receiver being on the same page. Furthermore, the whole thing was Trubisky’s idea in the first place.

“The beauty was there was a timeout right before that where there was a break, and we were going through some suggestions on what we wanted to do,” Nagy recalled. “And the conviction that Mitchell had to me, when I was down there on the field with him, of let’s get to that play and we’ll just make it work. And he said, ‘I’ll just make it work.’ How awesome is that? And then he does it. That’s a beautiful thing.”

Three years into the system, and Trubisky is finally taking full ownership of the offense he runs. Better late than never, I guess.

I swear, Trubisky does this once a year to get me excited about a quarterback who has the athletic ability to move the pocket and deliver an off-platform throw with some pizzazz:

“That play going to his left, to shape that on the move, that's as good as it gets,” said DeFilippo. pic.twitter.com/U3UseN8NW6

For what it’s worth, this is what Trubisky can look like when the ball bounces the right way. Get him on the move, playmakers in space, and against a reeling defense, there’s no reason for him not to carve it up. It’s never this easy against top-tier defenses. But that’s not why we’re here.

And finally, I wanted to bring these tweets to the table:

Statistically speaking, there are no lies in the tweets embedded above. Sure, maybe it says a lot about how far we’ve come when it comes to analyzing quarterback play. Or how the game has evolved compared to what it was when Dan Marino and Brett Favre were slinging it. But more importantly, the selection of tweets above show that Trubisky can play at a passable level when in the right situation. Moreover, when everything goes right, Trubisky can play at an excellent level. And when that happens, it’s fun to watch.

You know what to do, Bears fans:

VOTE for the @FedEx Air Player of the Week!