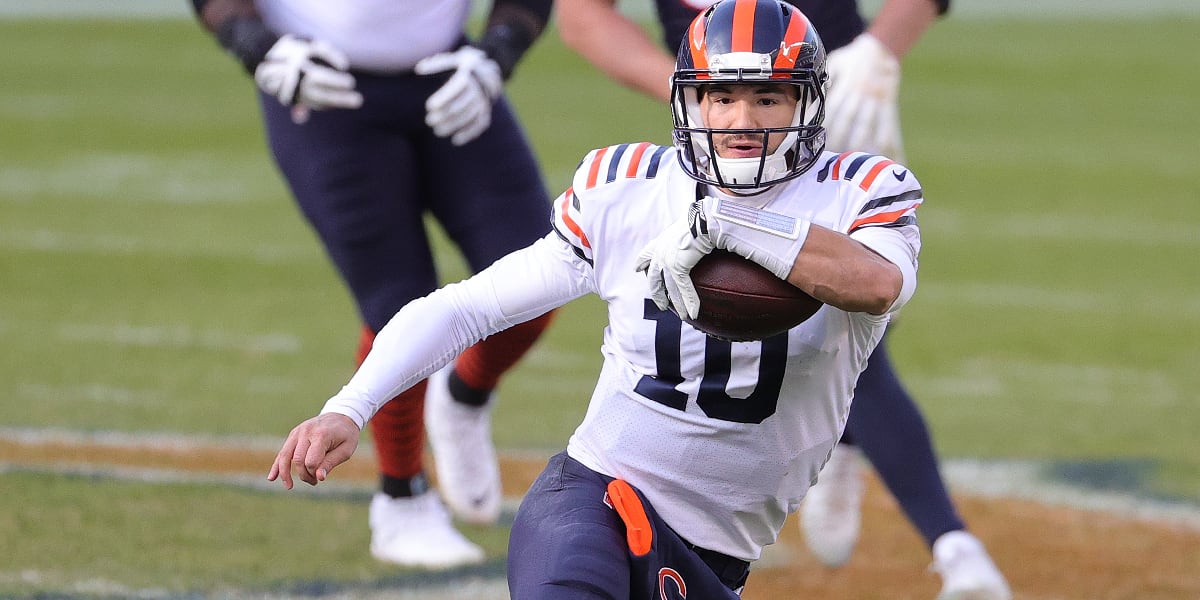 Threading the needle between (1) Good Mitch Trubisky performances (against teams he should carve up) and (2) good-faith debates regarding his future with this Bears team has been challenging. But to put it simply put, Trubisky can simultaneously perform well here in the short-term/against certain opponents *AND* not be the right long-term fit for this franchise. Hm. Maybe it wasn’t so hard.

With all that being said, Trubisky has been balling since returning to the lineup. He has far more touchdowns (7) than interceptions (2), is completing 67.3 percent of his passes, and owns a 100.0 passer rating.

It’s just three games. And the Packers, Lions, and Texans defenses aren’t giving the 1985 Bears a run for their money. But still … it’s nice to see Trubisky operate within the confines of the offense and succeed. That baseline level competency was desperately needed coming out of the bye.

So is the Bears’ offense finally evolving under Trubisky’s re-birth? NFL analyst Brian Baldinger seems to think so:

@ChicagoBears @Mtrubisky10 is looking like an NFL QB in this Matt Nagy retooled offense. 30 points v @Lions to 30 points in a half v @HoustonTexans @Vikings next. Let's check back next week. Optimistic? #BearDown #BaldysBreakdowns pic.twitter.com/XSnKssSnsE

This isn’t the offense we saw Nick Foles operate during his time as the starter. So credit Head Coach Matt Nagy for going back to what works for Trubisky. This style wouldn’t have worked under Foles. Having Trubisky go under center, moving him on boot action, creating space and throwing lanes by designed rollouts are all things that work for Trubisky (and only Trubisky) in this offense.

If you want to near out some more on the X’s and O’s as to how Trubisky got the ball rolling again, Matt Bowen’s appearance on this podcast is just for you:

No one does deep dives like Matt Bowen. So when he talks, I listen.

But here’s the thing. I’ve been burned by performances before and I don’t want to travel that road again. Last year’s performance against the Cowboys scarred me. That should’ve been Nagy showing he was getting back on track and finding his groove as a play-caller. It should have been when Trubisky found his comfort zone within the offense. And then the Bears tried to recreate the magic against the Packers and Chiefs — a pair of teams steamrolling their way to postseason glory — and just couldn’t do it.

Trubisky’s up-tick in play has folks (once again) dreaming big on what it means for the grand scheme of things:

If you love a good comeback story, then the Trubisky redemption arc is the narrative that is perfect for you.

But what about next year? I’m glad it’s on your mind, but know that you’re not alone:

Mitch Trubisky, when asked if he'd like to earn another contract with the Bears, said he is just focused on the Vikings right now.

"I'm focused in staying in the moment. And whatever happens, happens." – #Bears QB Mitch Trubisky on his thoughts of playing for a contract somewhere in 2021.

Mitch Trubisky will likely get a shot to compete for a starting job somewhere in the NFL, even if it's not with the Bears. Here are some teams that could make sense for Trubisky in 2021 and beyond.https://t.co/95MUhJHZpc

Things are about to get interesting for Mitchell Trubisky, that much is true.

Trubisky is obviously playing to drive the Bears into the postseason. But he is playing for so much more. Trubisky is playing for his professional future. If not with the Bears, somewhere. Every game in which he puts out good tape is one more opportunity to sell himself in whatever the next chapter in his football life happens to be. Trubisky can point to the rebound after his benching and highlight the mental fortitude it takes to come back from that to anyone interested in bringing him on board. He can underscore how well things looked when operating within a system that highlights his strengths, while pitching how much he is working on improving his shortcomings.

Again, I’m writing this with the caveat that it’s a three-game sample against defenses he should’ve lit up based on statistical history. Nevertheless, Trubisky controls his destiny (and that of the Bears) with how he performs over the next few games. This is where it gets interesting for so many parties.