If the Bears Insist on Waiting Til Next Year to Hire a Coach, At Least the Candidate Field Will Be LOADED Skip to content 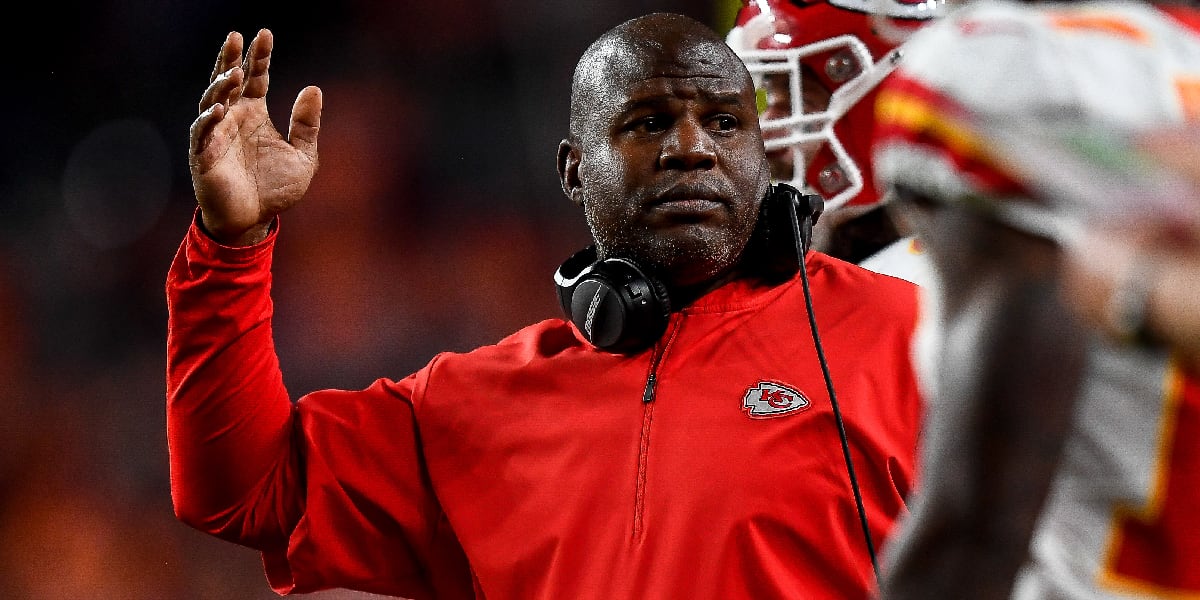 Back in December, we highlighted the top general manager and head coach candidates who figured to be scooped up this offseason.

Some of the coaches who made the cut landed new gigs. HOWEVER … there is a whole mess of candidates who remain with in their current positions after not signing on with new teams. And since I take to to heart the time a friend told me I’m the most optimistic person they’ve ever met, I’d like to travel that road. How? By offering up the potential candidates who could pique the Bears’ interest should they decide to move on from GM Ryan Pace and Head Coach Matt Nagy after the 2021 season.

Should the Bears target a general manager, former Texans GM Rick Smith remains a popular candidate. As does ESPN analyst Louis Riddick. Meanwhile, Bills Assistant Director of College Scouting Lake Dawson should get more consideration next year. And for what it’s worth, Dawson interviewed for the Bears’ GM vacancy in 2015. So if it comes to it, Chairman George McCaskey should have something on file.

When it comes to head coaches, there is no shortage of intriguing possibilities. In search of an offense-leaning candidate? Chiefs Offensive Coordinator Eric Bieniemy is sticking in Kansas City. Yes, even after Deshaun Watson’s pleas to drum up interest. Hot-shot offensive coordinators such as Brian Daboll (Bills), Joe Brady (Panthers), and Byron Leftwich (Buccaneers) return to their respective teams in 2021.

Curious about assistants with previous Bears ties? Pep Hamilton has loaded his résumé since leaving his role as the Bears’ QBs Coach in 2007 and 2008. Hamilton made college stops at Stanford (WRs Coach, QBs Coach, Offensive Coordinator) and Michigan (Assistant Head Coach, Passing Game Coordinator). Additionally, he landed jobs in the pros with the Colts (Offensive Coordinator), Browns (Assistant Head Coach, Quarterbacks Coach), and most Chargers (Quarterbacks Coach). Finally, let’s not look past Hamilton’s experience as Head Coach/GM of the XFL’s DC Defenders. Working in those roles should be attractive to whomever interviews him next.

And let’s not look past Leslie Frazier. The Bills’ defensive coordinator finished as the runner-up to get the Texans’ gig and has prior head-coaching experience. Finding new success in Buffalo could give him new perspective he didn’t have the first time around in Minnesota. Maybe Todd Bowles should get second chance at a head-coaching opportunity. Bowles’ Buccaneers defense is the type Bears fans tend to drool over. And, yes, they should be familiar after interviewing him in 2015.

For some, I imagine seeing status quo is disheartening. I get it. But perhaps you’ll see the silver linings above. Otherwise, I suppose we’re left to hope that the Bears hit a home run with every upcoming offseason move. Good luck with all that. In the meantime, remember that if the 2021 Bears bottom out and clean house at the end of this upcoming season, at least the  field of candidates is absolutely loaded. Giggity.