Getting to Know the 2021 Chicago Bears: Running Backs Skip to content 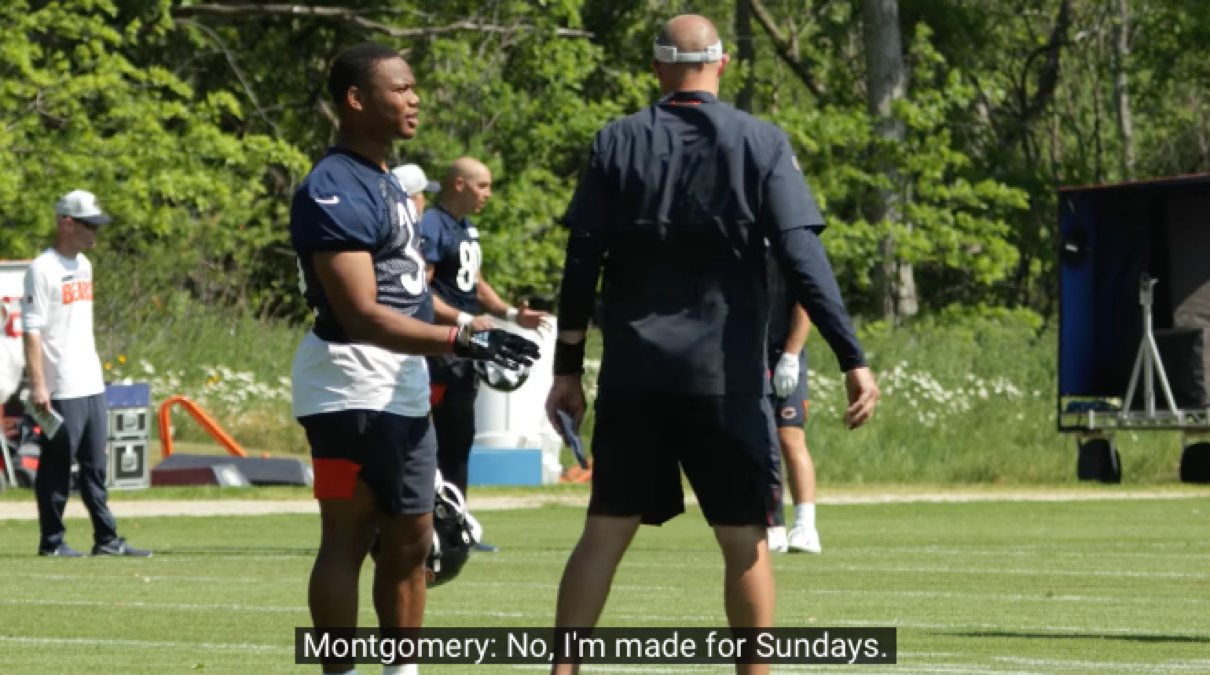 Training camp is open! And there’s a certain buzz surrounding the Chicago Bears as they prepare for the 2021 season with workouts and practices at Halas Hall. So with camp in full swing and the preseason approaching, let’s take an early look at who’s on the team right now.

Chicago’s RB depth last year was suspect. So, in an attempt to try to keep history from repeating, GM Ryan Pace bolstered the running backs room by adding some fresh blood. Damien Williams arrives from Kansas City after sitting out last year citing COVID-19 concerns and taking care of his mother, who was diagnosed with cancer. The team also chose Khalil Herbert in the sixth round of the 2021 NFL Draft. In adding these two players, the Bears are well covered in case Tarik Cohen isn’t back at full strength.

Who can really forget about Tarik Cohen? Not me. The Bears missed Cohen’s presence out of the backfield, both as a runner and pass catcher. And let’s not overlook his contributions as a punt returner, either. It was a revolving door of disappointment on offense and special teams when it came to Chicago trying to replace Cohen. The multi-purpose threat begins training camp on the PUP List, so expect the Bears to bring him along with caution.

OTAs limit what running backs can do in a practice setting. But with the Bears on the cusp of wearing pads, this is where Montgomery can shine. I’ll be curious to see how much faster Montgomery looks after his trainer said the Bears back added 1.5 MPH to his running speed.

The diversity of skills in the running backs room is neat. Montgomery is a legitimate three-down back who can do anything and everything the offense asks. No, Montgomery isn’t necessarily elite at any one thing. However, being really good at everything has its perks. Cohen is a matchup nightmare for opposing defenses and a potential game-changer once fully healthy. Williams has a do-it-all skill set and probably should’ve been the Super Bowl MVP when the Chiefs won it all a few years ago. Herbert’s potential to contribute as a special teams ace from the get-go means the Bears have four useful backs in their stable. Giddy up!

How Matt Nagy uses the running game bugs me. Don’t get me wrong. It’s important to understand the importance of the ground game as a tool to ice games late. But that shouldn’t be the lone usage for a position group that looks like a strength heading into the season. Using the ground attack to allow your defense to stay fresh by nibbling away at the clock, keep opposing offenses off the field, and flummoxing opposing defenses with balance should be something Chicago does this season. Nagy says he wants to run the ball more in 2021. But in the end, he needs to not talk about and just be about it.

David Montgomery says he is built for Sundays. Here’s an example why he believes that:

If we get a healthy dosage of Montgomery throughout the 2021 campaign, then I think the Bears offense will be in good shape (no matter who the QB is).