Getting to Know the 2021 Chicago Bears: Tight Ends Skip to content 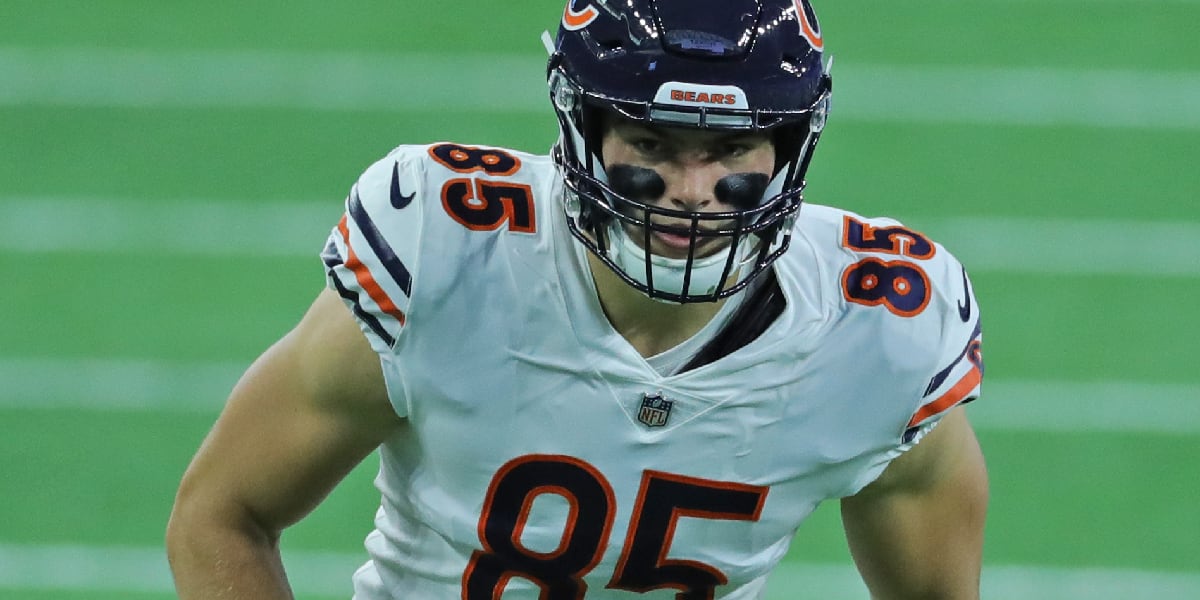 Training camp is open! And there’s a certain buzz surrounding the Chicago Bears as they prepare for the 2021 season with workouts and practices at Halas Hall. So with camp in full swing and the preseason approaching, let’s take an early look at who’s on the team right now.

Unlike previous years in which the Bears where bringing in new tight ends by the truckload, it’s been mostly quiet on the transaction front at this position. The late-in-the-game addition of Jesse James presents a solid TE3 option. While Scooter Harrington arrives as an undrafted free agent rookie from Stanford.

J.P. Holtz and Jesper Horsted are still on the roster, too. Both have had highlight moments with the team. Horsted’s first career touchdown was a beaut, while Holtz’s versatility gave us an idea of what tight ends were supposed to look like in Chicago.

Continued growth from Kmet is the top thing Bears fans should be watching for this summer. Kmet was off to a slow start last year, which is par for the course for rookie tight ends. But because the receivers weren’t doing much outside of Allen Robinson II and Darnell Mooney, not getting production from tight ends between the 20s was one of those factors that kept the offense spinning its wheels. Even if you like the receivers room more this year, using the tight ends outside of the red zone is something Matt Nagy should be prioritizing ahead of the 2021 regular season.

The bromance between Kmet and Graham is cute (in a football way). Those two are seemingly joined at the hip, with Kmet presumably acting like a sponge and soaking in all he can from Graham. There are times in sports when we (as observers, fans, analysts, etc.) lose sight of the value of what the human element can bring to the table. But I don’t want to lose that when it comes to the relationship between Graham and Kmet. If Kmet takes a second-year leap, there is a chance we look back at Graham’s tutelage as a guiding light.

Don’t get me wrong. The floor for this position group is fine. Kmet, Graham, and James are big bodies who can be useful in the red zone. Moreover, that trio – if on the field at the same time – could present matchup nightmares inside-the-20. But how these guys operate between the 20s remains to be seen. Graham isn’t that impact guy any more. There is hope Kmet could be that player. It’s just that he has to prove it.

Hopefully, a whole bunch of this as Kmet applies what he learned while at TE University:

85 days til Bears season got me thinking about Cole Kmet doing more stuff like this in 2021. pic.twitter.com/UhKzAtDFBs