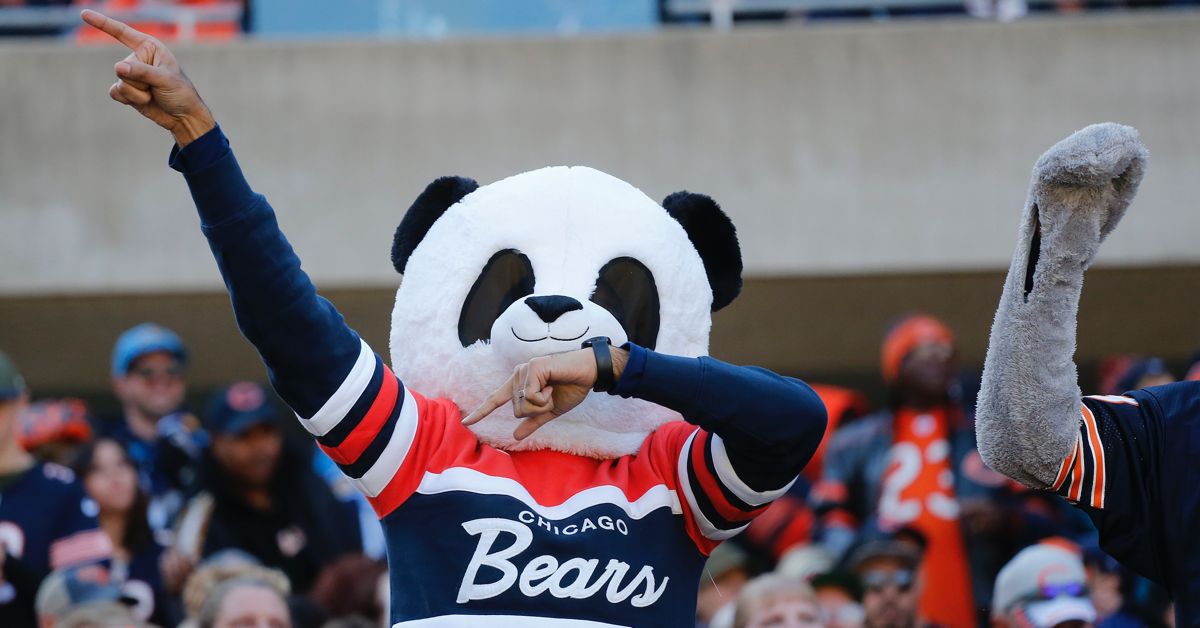 Whether it’s a hope to see more Justin Fields (it sounds like we might!) or a basic hope that the Bears can get into the win column on the second Sunday of the NFL regular season, the constant is this: Hope springs eternal as the Bears open up another season at Soldier Field.

•   Let it sink in for a moment. Soldier Field is hosting fans in the stands for a regular-season game for the first time in 637 days. So before our minds drift into anything else, I think we should take a moment to appreciate that we’ve made it to this point and swear to not take stuff like this for granted moving forward. Deal? Deal. OK, let’s move on.

•   Some teams have set captains going into the regular season. Others choose them before each game. The Bears do latter, not the former. This often leaves us trying to figure out why certain players get captains duties in a particular week. Except this week, where it’s obvious:

•   Andy Dalton is serving as captain in the Andy Dalton Revenge Game™. That sounds about right.

•   Today is Dalton’s day. Until it isn’t. Justin Fields will eventually see some time on the Soldier Field turf today. Ideally, he’ll have a larger package of plays than he did against the Rams. And the general feeling is that Fields will get some burn at some point. It’s a mystery when it will happen. But I suppose that gives you even more reason to tune in.

•   I’m digging the sentiment from 670 The Score’s Chris Emma: “Here’s a plea to the 60,000 or so fans at Soldier FIeld: Don’t boo Dalton before he even takes a snap against the Bengals on Sunday afternoon.”

•   Look, I get it. Everyone wants to see Justin Fields in action. And I can preach patience until I’m blue in the face. But I know a time will come where I can no longer ask for patience (especially knowing how much I want it myself). However, I also know Bears fans have given lesser quarterbacks a chance. So … let’s allow Dalton a chance to make a positive first impression. Whatever happens after that is free game. Well, so long as it is in a tasteful and respectful manner (of course).

•   Kevin Fishbain (The Athletic) takes a look at the Bears’ first home opener at Soldier Field, which happened 50 years ago today. And over at the Tribune, Kori Rumore takes a trip down memory lane with a look-back at each Bears home opener since 1920. The Bears won the home opener in my first year of existence, finished 14-2, and made the playoffs. That they lost in the divisional round that year is a real bummer.

•   Wanna win a home opener? Score points. Patrick Finley (Sun-Times) nails it, noting that the pressure is on Matt Nagy to reveal what his offense is supposed to look like. Dynamic and explosive down-field plays. Players catching passes in spaces. Ball carriers in the open field moving the chains.  Those moments have been too few and far between over the last three years. And if it doesn’t get going in the right direction, there won’t be too many more years Bears management can take when it comes to this offensive scheme.

•   As if I needed something else to be worried about, Adam Jahns (The Athletic) wonders if the time has come to be concerned about Khalil Mack. We’ve gushed about Mack a ton since his arrival in 2018. And last year, Mack was great throughout a season that ended in a postseason berth for the second time in three years. But Mack picked up just one assisted tackle, and had no tackles-for-loss, QB Hits, or sacks. In other words, Mack was a non-factor in a game where Matthew Stafford had 26 pass attempts. That is a troubling sign. Hopefully, it is a one-off performance. Otherwise, we might look back at that game as the first step toward some difficult discussions we must have later this year.

Your phone is your ticket for #CINvsCHI! All guests are required to enter @SoldierField using a mobile ticket.

Check out our Mobile Ticket Guide for helpful tips.

Tailgaters – Review the NFL bag policy so you know what can & can't be brought into @SoldierField for #CINvsCHI.

•   Hey, now! Shout out to Christian Jones, who is playing a home game as a Bear at Soldier Field for the first time in 1,365 days. That game was a doozy! That game featured a Mitchell Trubisky rushing touchdown, two Jordan Howard rushing scores, and receptions by Kendall Wright, Josh Bellamy, Dion Sims, and Dontrelle Inman. Time flies.

•   When I was in San Diego back in June, I was hoping to return in October for a Cubs-Padres rematch. Instead, methinks the Padres will be joining the Cubs in watching the postseason from the comforts of home:

Things are getting really bad for the Padres at this point. https://t.co/aZMT1DlCvr

•   In a perfect world, we don’t have questions about Jonathan Toews’ status as the Blackhawks’ No. 1 center. But with Toews on the rebound after missing last year, there are questions about that role:

Will Jonathan Toews be able to reclaim his spot as the #Blackhawks #1 center or is someone else ready to take that role? https://t.co/g3lfsdArei