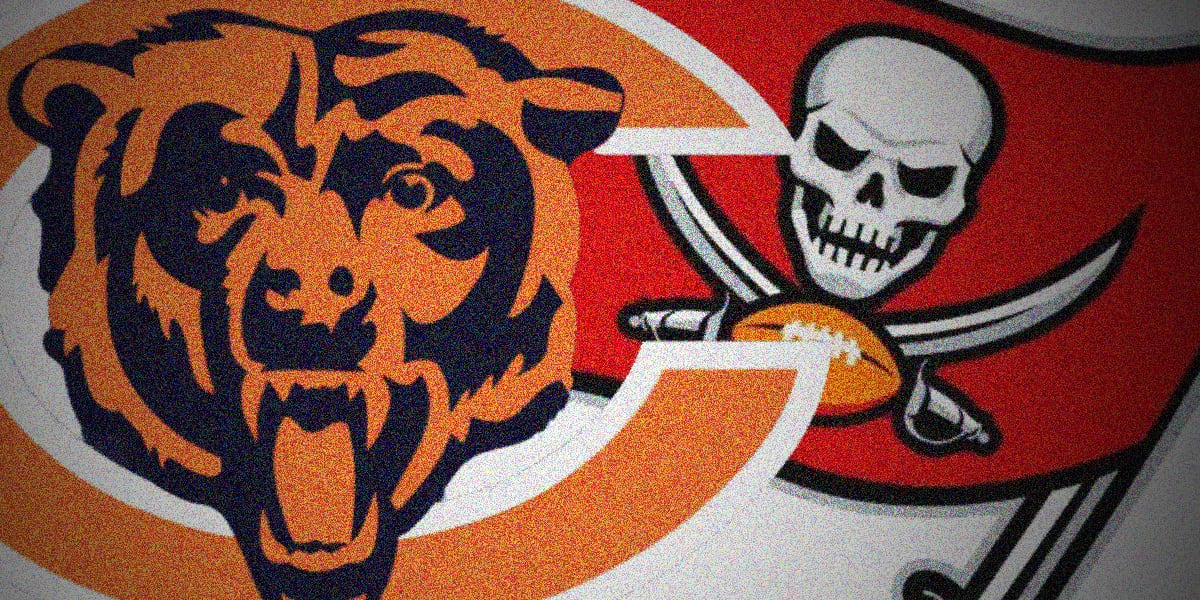 Beating Tom Brady once is hard enough. But the Bears did it last year, and I’ll never forget those precious moments.

Whether it was Khalil Mack hip-tossing a Buccaneers lineman like it was a 1996 WCW Monday Nitro match. Or Jimmy Graham one-hand snagging a touchdown to give the Bears a halftime lead. Heck, even a properly run wheel route made an appearance. That game had everything!

And because of all that, Brady is going to come in motivated, as if someone just reminded him he was a sixth-round nobody who had to unseat Drew Henson multiple times before getting a fair shot at Michigan.

Unfortunately, Brady is an obsessive competitor who you know has a been brewing his revenge in the year+ that has passed since falling to the hand of Nick Foles yet again. That Foles is QB3 and won’t likely be active is irrelevant. You can bet on Brady to channel his inner Michael Jordan and create motivational factors out of thin air. Tack on Michigan-Ohio State factor that is now in play with Justin Fields starting opposite of Brady, and you can see where it might get ugly.

But we are still here, patiently awaiting another Sunday of Bears football because there is a non-zero chance Chicago’s team can win this week. No, seriously. Any given Sunday … ya know?

The DraftKings SportsBook lists the Bears (3-3) as 13-point underdogs against the Buccaneers (5-1). Over/under: 47. More on the odds and ATS picks here.

The Chicago Bears lead the Tampa Bay Buccaneers 40-20 in the all-time series between two teams that once played twice a year annually. Remember when the Bears and Bucs were in the NFC Central? If ya know, ya know.

In their most recent meeting, the Bears won when an older gentleman forgot how counting works:

Darnell Mooney has the power to be the vertical threat Chicago needs to pack a punch offensively. But for that to happen, offensive play-caller Bill Lazor will need to dig deep into Matt Nagy’s assortment of plays to pull out some of those deep route concepts. Thankfully, the afternoon kick out in Florida gives Lazor more time to dig those out than he would’ve had for a traditional noon CT kickoff.

The Buccaneers’ secondary has allowed big games to all sorts of different receivers. Desean Jackson went for 3 catches, 120 yards, and a touchdown. CeeDee Lamb put up a 7-104-1 line on opening night, doing so while Amari Cooper went for 13-139-2. Cooper Kupp scored twice in a game in which he put up 9 catches and 96 receiving yards.

So … why can’t Mooney have a breakout game of his own?

Roquan Smith is stuffing the stat sheet again. If Smith keeps playing at this pace, the back of his trading card will look like this: 5 sacks, 175 tackles, 5 tackles-for-loss, 5 quarterback hits, 3 interceptions.

I’m glad trading cards are trending again, if only so I can use that line again. But also, if you have a Roquan Smith trading card and he keeps setting new single-season personal bests in tackles, then it might be worth big money some day. In an ideal world, you cash in on that market before it crashes (again).

Jaylon Johnson has had better weeks. On Tuesday, Johnson was fined $2,745 for tardiness. A day later, Johnson found himself sharing his saltiness as he put the letter announcing the fine on Instagram.

#Bears CB Jaylon Johnson said he posted his fine letter as a joke for his friends. Thought it was "innocent."
He worked it out with coach Matt Nagy.
"Shit, at the end of the day, I was late," he said.
The lesson?
"Don't press the wrong button," he said.

Who among us hasn’t accidentally sent a message to everyone when you meant to share it only with those you deem as your “Close Friends” on IG?

The only thing tougher than having to explain why team business was put on blast via social media might be facing TB’s healthy receivers. Mike Evans and Chris Godwin are waiting for the Bears’ secondary to land in Florida. With Antonio Brown and Rob Gronkowski unavailable, it should mean more targets for Evans and Godwin. Odds are Johnson will be assigned to follow one (if not both) throughout the day. Good luck!