Did We Just Get a Preview of What the Packers Will Look Like in 2022? Skip to content 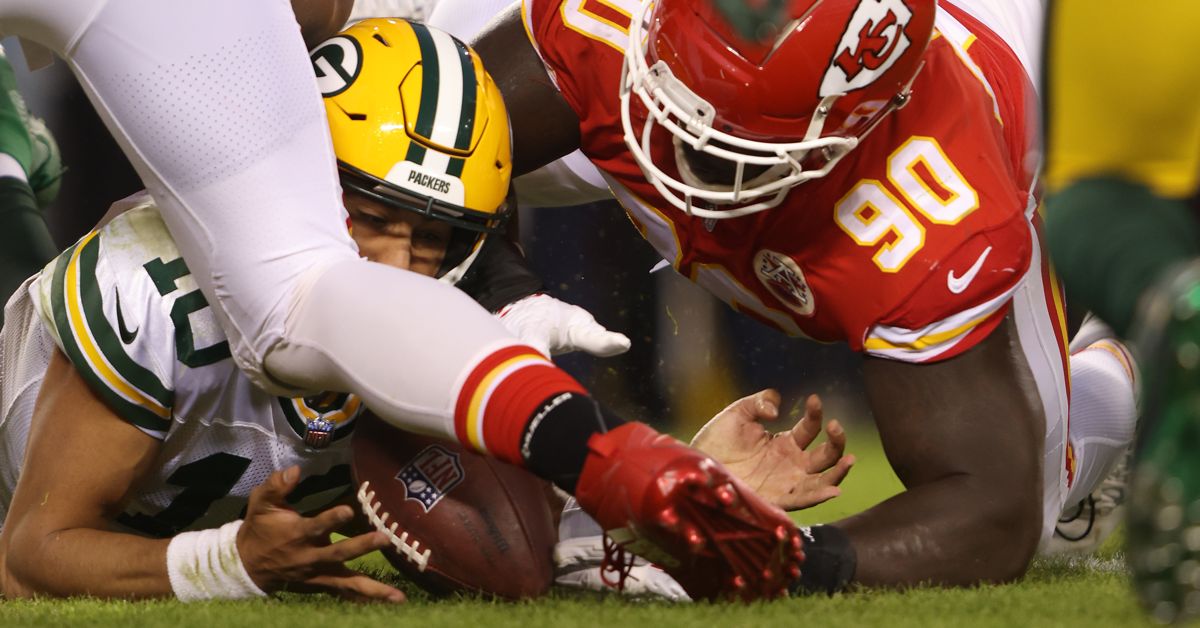 Put aside the obvious caveats for one moment.

It’s just one game. On the road. With a partial week of first-team reps. Against a Chiefs team that has been in three consecutive AFC title games.

But Jordan Love didn’t look great. The Packers offense, as a whole, was a disjointed mess. And even though Green Bay kept it close — in part because Kansas City has been playing like a shell of itself since the calendar flipped to 2021 — the Packers still lost.

The Packers didn’t have Aaron Rodgers, who was out of action due to a positive COVID-19 test (which led to some wild explanations as to how we got here in the first place). And this is what life looks like when you’re living without that guy under center.

⇒   Seven points, 301 yards of total offense, and just one trip into the red zone. These are the types of numbers fans of other NFC North teams are used to seeing from their respective teams. I’ll keep those fans anonymous for the sake of this post.

⇒   Love posted a not-so-nice 69.5 passer rating while averaging 5.6 yards per attempt. He threw one interception and fumbled once (but at least he recovered). Big yikes across the board.

⇒   Aaron Jones was limited to just 53 yards on 12 carries, as the Chiefs were able hold him out of the end zone. Guess it’s a lot harder to get the ground game going when Rodgers isn’t around to threaten with deep throws over the top.

⇒   Davante Adams put up a pedestrian 6-catch, 42-yard receiving afternoon on a day in which he was given 14 targets. And this had me ROLLING:

Ultimately, Love struggled with his ball placement. And while maybe you can get away with that at Utah State, it won’t work at the NFL level. There was chaos and confusion act several key junctures. Overall, it was an underwhelming performance for a QB who has been learning this offense for the last 1.5 years.

Maybe it gets better. But perhaps it doesn’t. What if this is a sign of things to come? Is this what the leveling of the playing field looks like? Are the Packers mere mortals without an other-worldly quarterback calling the shots? Am I putting the cart before the horse?

It’s possible. Especially if Rodgers feels like he’s had enough of Green Bay for one lifetime. The potential outs in his contract loom large after a performance like this. Imagine the Packers using a second first-round pick in three years on a quarterback project. Especially if it is one coming in what appears to be an underwhelming crop of QB prospects.

In the end, if this is what Green Bay football will look like moving forward, then I – as a Bears fan – will enjoy this round of schadenfreude. 😈