There It Is: Chicago Bears Reportedly Doing Homework on a New GM to Replace Ryan Pace Skip to content 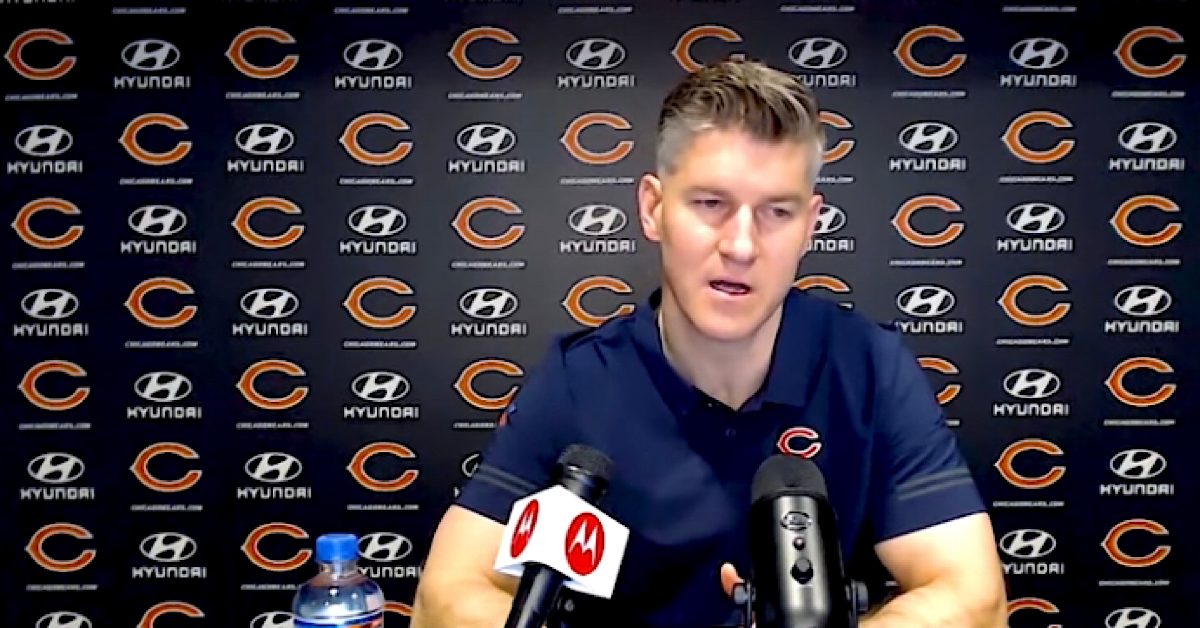 The way things are trending, it’s becoming more likely that a major organizational shakeup is coming for the Chicago Bears. At minimum, the winds of change are blowing through Halas Hall. And those winds are whispering the most enticing rumors.

There has been ample chatter regarding the status of Chicago’s head coach, the chatter about what happens above him is starting to pick up.

“With head coach Matt Nagy seemingly on his way out, the Chicago Bears have also begun to do their homework on potential general manger replacements for Ryan Pace, according to multiple league sources,” writes NBC Sports Chicago reporter Adam Hoge tonight. “That homework has included gauging back-channel interest from at least college scouting director employed by another club, which isn’t uncommon practice when contemplating a major change.”

Homework! Interest from an anonymous front office member in another franchise! Sourcing from multiple voices around the league! LOUD NOISES!

Tack on earlier reporting that the Bears have begun looking at potential Nagy replacements, and there is a growing possibility that sweeping organizational changes are on the horizon.

But there’s a but. There’s always a but. We need to discuss it.

Hoge’s report doesn’t quite make it feel as if change is imminent. In fact, the general vibe in Hoge’s words is that the team is looking to replace Pace in the general manager role, at the minimum. With this framing, it allows runway for the possibility that Pace isn’t necessarily out the door entirely. Hoge does mention there is a belief in some corners that Pace could stay on in a different role with a new title. Would he get promoted above a new GM? Would he be kinda pushed aside a la John Paxson with the Bulls?

Either way, it seems as if the Bears are in the market for a new general manager. And that’s not inconsequential. It even feels like a possible step in the right direction. But also – depending on what happens with Pace – it feels like a half-measure for a franchise that probably needs to rip the band-aid off.

Don’t get me wrong. Half-measures are better than the alternative of running it back with status quo. But half-measures rarely (if ever) get the most desirable end results, and in this case, could set the organization up for a counterproductive power tussle between Pace and another high-ranking football official down the line. In theory, the last thing Chicago’s football team needs is a disjointed chain of command. Then again, the Bears are known agents of chaos.

It’s just that it’s so evident things have run their course here. And when things get to that point, it becomes obvious a clean breakup would be best for so many parties. Why not present a totally clean slate for who comes next?

We’re so early in the process, it is hard to tell what the Bears will do. Or how they’ll address the issues at hand. Nevertheless, the Bears doing homework now and trying to figure out which candidates are going to be available and interested in the job in the likely event Pace is moved out of the GM role seems like a necessary first step in a larger line of work.