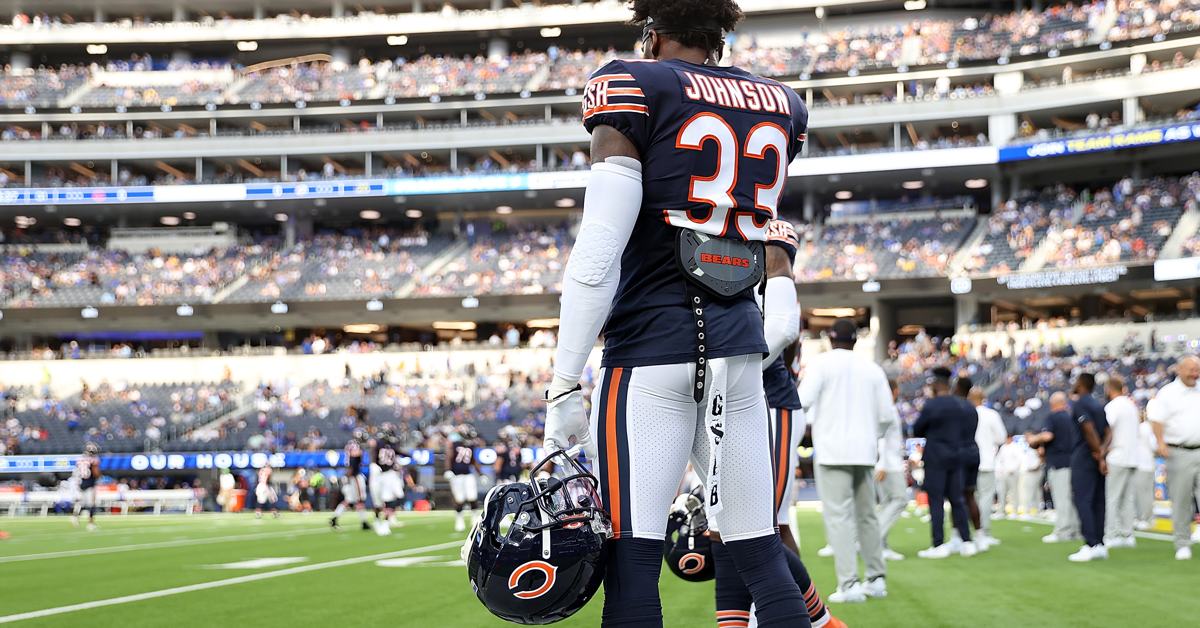 I’ve spent way too much time thinking about this on a Friday morning:

I found the person having the worst day today. pic.twitter.com/OcLX0PpDDJ

If the Teenage Mutant Ninja Turtles movies taught me anything as aa kid, it’s that sidewalk pizza gives you super powers. And that a teenager’s most trusted confidants can be anyone from a wise-beyond-his-years mutated rat to a news reporter who is always on their grind. But mostly … the pizza thing rings true.

•   In hindsight, we learned a lot about the Bears’ players when they were transitioning from John Fox to Matt Nagy on the coaching front. And with that in mind, we would be wise to keep an eye on players as the Bears transition to whoever the next coach happens to be. One player who will make for a smooth transition is cornerback Jaylon Johnson, who really seems to get it. Over at BearsWire, Alyssa Barbieri transcribes snippets from an interview Johnson did with Red Line Radio. And one quote caught my interest:

“You have the side of the locker room that is starting to go into the tank and you have the guys that are still trying to fight and figure out how we can get better. I mean, at the end of the day, that’s the name of the game is trying to get better each and every week and then just being able to put four quarters of football together.”

•   Oof! That’s pretty damning if Johnson is hinting at some Bears quitting on the team. But then again, this isn’t wholly surprising. Think about it. Keeping 53 guys, plus practice squad players, and folks on IR on one path. And when the team is all but officially out of the playoff hunt, the coach is on the hot seat, and the GM might follow, it becomes increasingly difficult to keep it together. It was only a matter of time before something like this came up in conversation. I suppose it is a testament that there are enough players still rallying around the grind. However, it is becoming so painfully clear that this group needs new leadership at the top. I hope that quote makes its way to Chairman George McCaskey somehow, as it should go a long way toward making a necessary point.

•   Naturally, it makes sense that he is among the fighters of this group. Johnson still has two years left on his rookie deal. And his play is making him a case for being one of this regime’s best draft picks. Come next summer, we’ll likely be talking about Johnson as a leader who makes the transition of power that much easier for a new coach.

•   It sure would be fun to see these two going at it next summer at training camp. Davante Adams is a free agent, after all. And the Bears *DO* have needs at the position. Just sayin’…

•   Could a regime change happen even above Head Coach Matt Nagy? There’s chatter about the Bears already looking at possible GM candidates to replace Ryan Pace. Doing your homework here is a sensible first step. And while Pace’s future remains hazy – it’s plausible he gets reassigned elsewhere in the organization – the general vibe is that changes are coming.

•   This came across my timeline while on my way to dinner last night and it made my eyes pop:

We are now up to $294 million in salary cap dollars on the Covid list this week. #Browns with over $57M followed by the #Bears at $37M and WFT at $30M. pic.twitter.com/ZkSzbGRfcp

The Rams are now up to 25 players on the Reserve/COVID-19 list.

The Browns are and Washington FT are up to 21 players.

All three are still scheduled to play this weekend.

Teams with the most players on the Reserve/COVID-19 list:

•   It’s all so overwhelming. We, as fans, tend to see professional sports as a microcosm of society. And, unfortunately, that’s a bit too on the nose. All the way down to the feeling of being unsure what needs to be done, but knowing something needs to happen in order for us to complete the football season without things hitting a rock bottom. We all want a full season of football without a stoppage. It’s just that the path to it is becoming a little muddy.

•   Baker Mayfield is one of the game’s most visible quarterbacks in the league. So when he tweets, it has some reach:

@NFL Make up your damn mind on protocols. Showing up and making only 3 teams test?!? All so you can keep the game as scheduled to make money.

Tell me if this makes sense…. No tests this morning… then let our team gather for practice… then show up after practice to test them. Something seems off here.

•   Mayfield’s tweets coming as PFT was tweeting about the NFLPA pushing to postpone Saturday’s Raiders-Browns game captures the moment. A player frustrated with the process. The voice of the players sharing concerns about the integrity of the game and player safety in the wake of a new wave of players going into COVID protocols. It’s all so much.

•   Locally, Kevin Fishbain (The Athletic) rounds up who’s healthy and whose status is in question ahead of the Bears’ Monday Night Football showdown against the Vikings. This might be a good time to re-visit the roster and depth chart, as we might be seeing some new names on the field in primetime.

A very lonely #Bears practice today with 19 players out today with either injury, Covid protocol, or other illness. pic.twitter.com/G8GGvVB0f7

•   It sounds like I was missing out on a heckuva game while I was having some family time last night:

Patrick Mahomes was on the move, but he finds Travis Kelce to tie it up!

Kelce would be legendary in a game of tag. @tkelce pic.twitter.com/OjZQ5dLNh8

•   Every time I watch Travis Kelce clips, I think about the times it has been driven into our skulls how important a tight end is to run Matt Nagy’s offense. But if it turns out that you need Kelce to be that tight end, then maybe the scheme isn’t all that? Just something to keep in mind next time we go on a coaching search and find ourselves enamored with a hot-shot coordinator. If we can’t use the Nagy era as a teachable moment, then we’ll never learn anything.

•   Bears fans knew Thomas Jones was a dual threat back who could impact a game on the ground and catching passes out of the backfield. But it turns out that dual threat extends beyond the gridiron:

This man @thomasqjones ran for almost 11K yards in the #NFL Now he’s out here killing the acting/producing game. My dude got a Christmas movie and seeing him stay true to himself while simultaneously reinventing himself is inspiring! #SomedayatChristmas pic.twitter.com/E7YSNZ1YPA

•   Macs, body pillows, toys, and more are among your Deals of the Day at Amazon. #ad

•   The idea of a push for free agent Carlos Correa is growing on me:

The Offer Carlos Correa Reportedly Received Before the Lockout Began, and the Concept of a “Relative” Cubs Bargain – https://t.co/nYhQfKAcJA pic.twitter.com/Ama9YYHQXn

The Bulls Got Absolutely No Love in The Athletic’s Former-Player Surveyhttps://t.co/uxo3AidPCO

Would the Bears Ever Keep the No. 1 Pick and Draft a Defensive Star?
Test Post