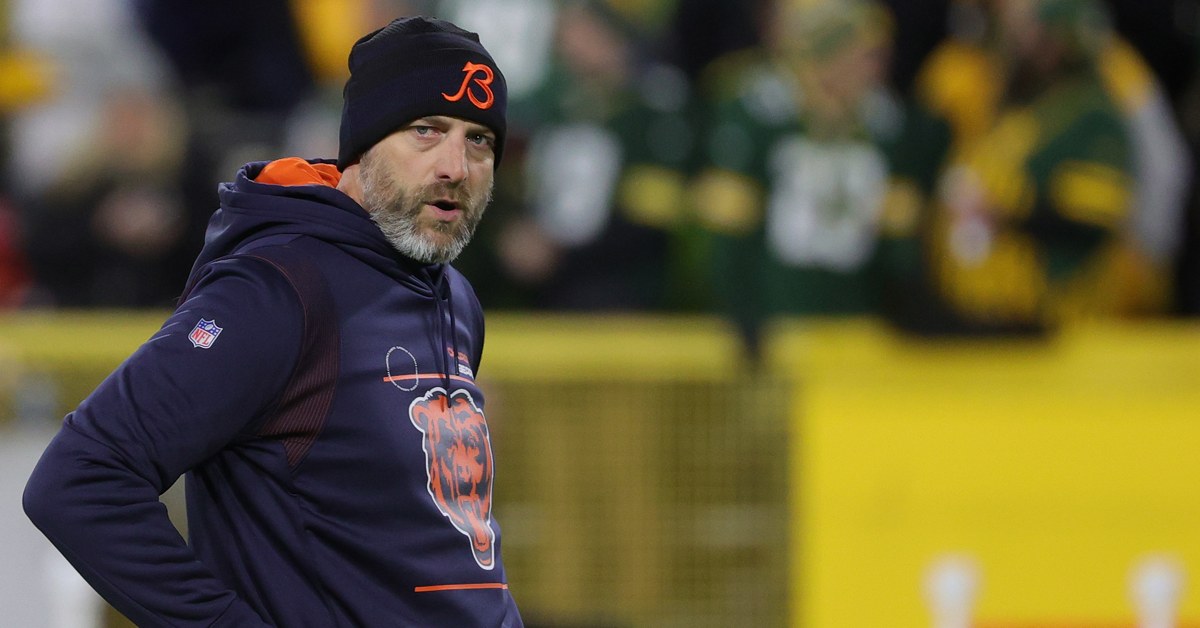 It’s kinda weird to be in a situation where everyone knows a sports thing is going to happen, but we’re also curious when it’s actually going to be reported that it IS happening. That is to say, I’m not going to leap up and down about BIG NEWS BREAKING with this report, but I will note that it’s the first time (well, since the inaccurate report) that someone is officially reporting that Matt Nagy has been told he’s out as head coach of the Chicago Bears.

And the scoop goes to … Boomer Esiason:

Obviously some telephone in there, but it’s been suspected for a minute that Nagy knew by last week that it was over (and maybe that’s why he’s been coaching as he has been, with an eye exclusively on building up that departure resume). And, of course, Ian Rapoport confirmed that the Bears were planning a coaching search after Week 18.

The Bears have clearly been holding off on making things official with Nagy until the end of the regular season, which arrives this Sunday. The question at that point is who conducts the new head coach search, and George McCaskey has hopefully been getting a lot of input from smart football folks on how he should proceed in his front office from here. If GM Ryan Pace is going to be bounced, too, then there has been no point to getting the head coaching search process underway just yet. His situation is far less clear at the moment.

Matt Nagy says he has not been told Sunday's game will be his last as #Bears head coach.

Whether we believe Nagy or not this time around, the story is the same: these situations tend to lend themselves rather well to playing with words. The expectation remains that Sunday is Nagy’s last game as head coach of the Bears.