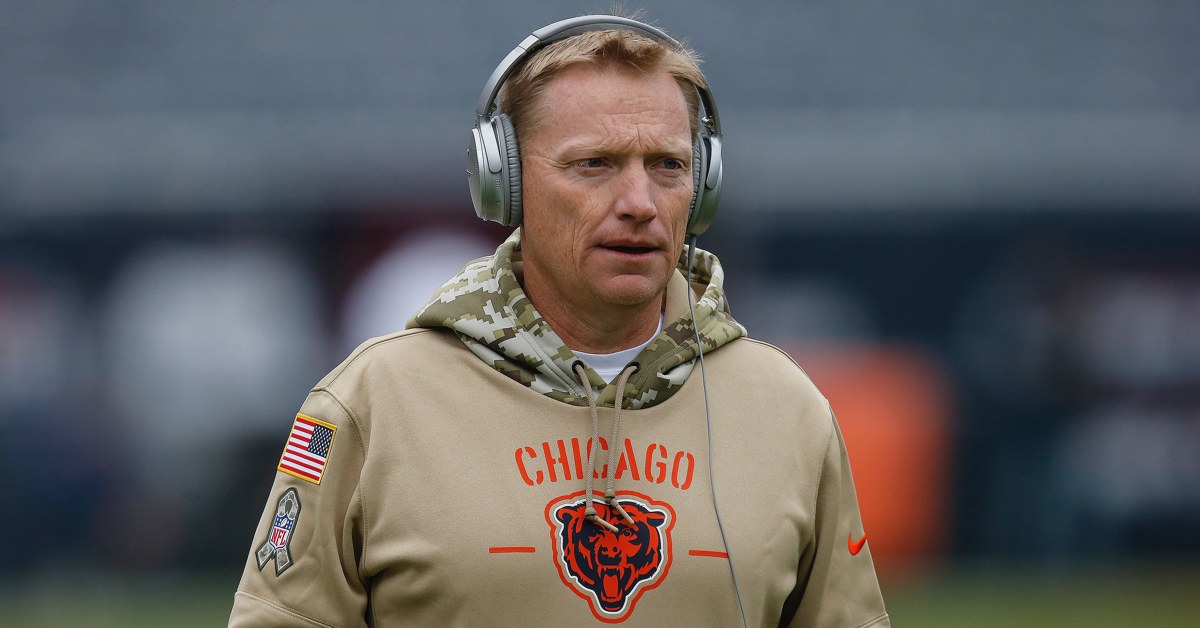 What happens first: The Bears land a new general manager or head coach *OR* the temperatures we wake up into every morning reach double-digits?

•   Bears offseasons are wild and unpredictable. Throw in general manager and head coach searches, and it might as well be full-on bonkers. You never know what you’ll get from anyone at any time. So part of me shouldn’t be surprised that one of the beat reporters did a full-on book report at the outset of the search:

What exactly are the Bears looking for?

Answers might be found in Bill Polian's book — and not the one that George McCaskey mentioned.

In another book, Polian detailed 11 “guidelines for the selection of the head coach.”

Here they are. My book report:https://t.co/nRLgM5YmKP

•   Again, Bill Polian probably wouldn’t have been my first choice to spearhead these searches. But I maintain the Bears could’ve done far worse in tabbing someone for those duties. In reading Adam Jahns’ story in The Athletic, I found myself struggling to get past how George McCaskey found inspiration in a Polian book that wasn’t the one outlining things the team should be prioritizing in its coach search. Once I did, I found myself chuckling about how McCaskey was citing a Nov. 2021 book release when the 2014 release would’ve been a better resource. It’s very 2022 to fall for the shiny new thing when the classics are there for ya with all the answers you seek. (Michael: Luis is just straight up talking about Star Wars at this point).

•   What’s wild about the 11 guidelines outlined is that, at some point over the Ryan Pace era, each of those things saw slippage from the coach at one point or another. For what it’s worth, the Bears could stand to get better in all of the categories laid out by Polian. But at the top of the list for me would be improving organization skills, communication efforts, flexibility, and strategy. Those feel like strong pillars from which to build an ideal head coach.

•   Chris Tabor won’t get a shot at being the Bears’ next head coach. But had the team pulled the plug on the Matt Nagy experience earlier, perhaps it might’ve given Tabor an opportunity to shine in a different light. At minimum, the least the Bears could’ve done is give him head coach duties for being the one coordinator whose position group got better each season. Rick Gosselin, who has been grading special teams play since essentially the dawn of time, has Tabor’s unit checking in at No. 9. It’s the second consecutive year with a top-10 finish. Put some respect on that #BearsSpecialTeams hashtag.

•   Jakeem Grant Sr. is going to the Pro Bowl and got some All-Pro votes along the way. Cairo Santos was pretty good once again. Khalil Herbert splashed at times in the return game. So did Dazz Newsome. DeAndre Houston-Carson had his moments. There were contributors here, there, and everywhere. It’s the only position group that can confidently say that while being among the best in the league.

•   Remember Tabor was the designated interim head coach when Nagy was out due to COVID protocols? And how the team fought valiantly on his watch. Heck, those Bears scored more points against the 49ers (22) than the Cowboys did in their playoff game (17). And the Bears didn’t have Zeke, CeeDee, Dak, and other one-name rock star offensive playmakers. Well, they did have Justin:

•   Speaking of the Cowboys, their blaming of the refs is out of line. Don’t get me wrong. I see the discrepancy in penalties and I feel that in my soul. But if they think their end-of-game situation was just like the one the Cardinals, then they’re just wrong. This is textbook:

#Cowboys' Mike McCarthy referenced this play and said that Larry Fitzgerald didn't run and hand the ball to the umpire. Says they similarly didn't need to do that at the end of the #49ers wild-card game.pic.twitter.com/6i8U8YOuM8

•   This might be more Cowboys chatter than I’d care for at this site, but stud receiver Michael Irvin still sees the Bears as a destination. (NBC Sports Chicago)

•   Would I rather the Bears be competing for a Super Bowl? Absolutely! Am I glad that I’ll be able to fully enjoy this halftime show without stressing over Bears-centric halftime adjustments? You bet:

•   There are few national writers whose perspective on teams outside of the one I follow pseudo-religiously that are as enjoyable to read as Michael Silver. His drop-in on the Raiders situation is fascinating:

Derek Carr put down a marker: He wants Rich Bisaccia. Why @Raiders owner Mark Davis should think hard about this decision… @BallySports https://t.co/Ikzs0CZ5SN

•   It’s a nugget in a Robert Feder column, but a notable one: Bears legend Dan Hampton is getting one-year probation stemming from his pleading guilty on a drunken-driving charge last month. Feder cites multiple reports in noting how this most recent incident was Hampton’s fourth DUI since 1996. One is too many. But four is flat out gross. If you’re reading this, please don’t drink and drive. I’ll leave it at that.

•   This is about to be an awkward time for this front office and fan base:

The Blackhawks Have “No Intention” of Trading Kane or Toews (Unless They Ask For It)https://t.co/DW1zTbNIsU pic.twitter.com/QvXkZ3vzv1

I'm not sure what the #Blackhawks get back for Fleury as a rental, but they're going to want 1st round draft pick(s) to protect themselves in the 2022 and/or 2023 draft. And that is, if he even wants to leave Chicago https://t.co/oBHE6OzPaY

•   The CaruShow’s return led to the Bulls getting back in the win column. Probably not a coincidence:

•   While the Cubs have just two representatives among Baseball America’s top-100 prospects list, the two who make the cut have robust potential: