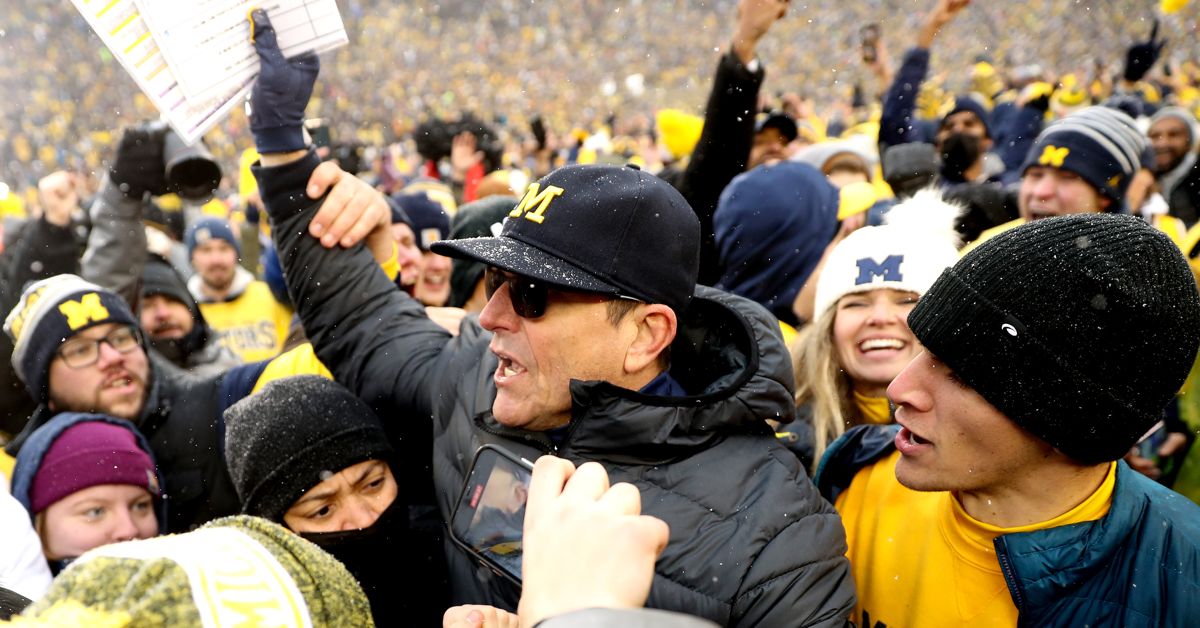 (UPDATE: Either something changed, or the report out of Michigan was messed up from the jump. Jim Harbaugh is staying at Michigan. Original post follows.)

Maybe it was never about leverage on Michigan or getting shown enough love to know he could have done it or trying to get Miami to step up. Maybe Jim Harbaugh just really wanted to get back into the NFL wherever he could find a familiar face.

Because he’s reportedly actually going to take the job in Minnesota when he comes in for his interview:

That report comes out of Ann Arbor, so although we’ll await some confirmation tomorrow from the Vikings, it always seemed impossible that Harbaugh would actually show up for an interview in Minnesota – during the hottest recruiting week on the college calendar – and not take the job.

Now we’ll see how much control Harbaugh gets (and money). His former org mate with the 49ers, Kwesi Adofo-Mensah, is the new GM for the Vikings, and was no doubt instrumental in making this happen. For SOME Chicago Bears fans, I suspect this will be a tough pill to swallow – many wanted Harbaugh to take over the Bears, lock, stock, and barrel – but for others, it may offer up the opportunity for schadenfreude if it doesn’t work out.

Me? I’ll reserve a LITTLE bit of judgment until we see how the operations shake out, but with the Vikings as an NFC North competitor … I gotta admit, I don’t love this. I think Harbaugh might be very good at what he does, and I think his departure from San Francisco was always about a personality conflict. All I know is I really don’t want to think about what happens if, in a couple years, the Poles/Eberflus combo isn’t working out, while Harbaugh and Kwesi Adofo-Mensah are rocking.

Which is not to say there aren’t reasons to be happy with Ryan Poles and Matt Eberflus in the very early going.