NFL Hiring Rule Tweaks, Free Agent All-Stars, Cunningham and Williams Get the Call, and Other Bears Bullets Skip to content 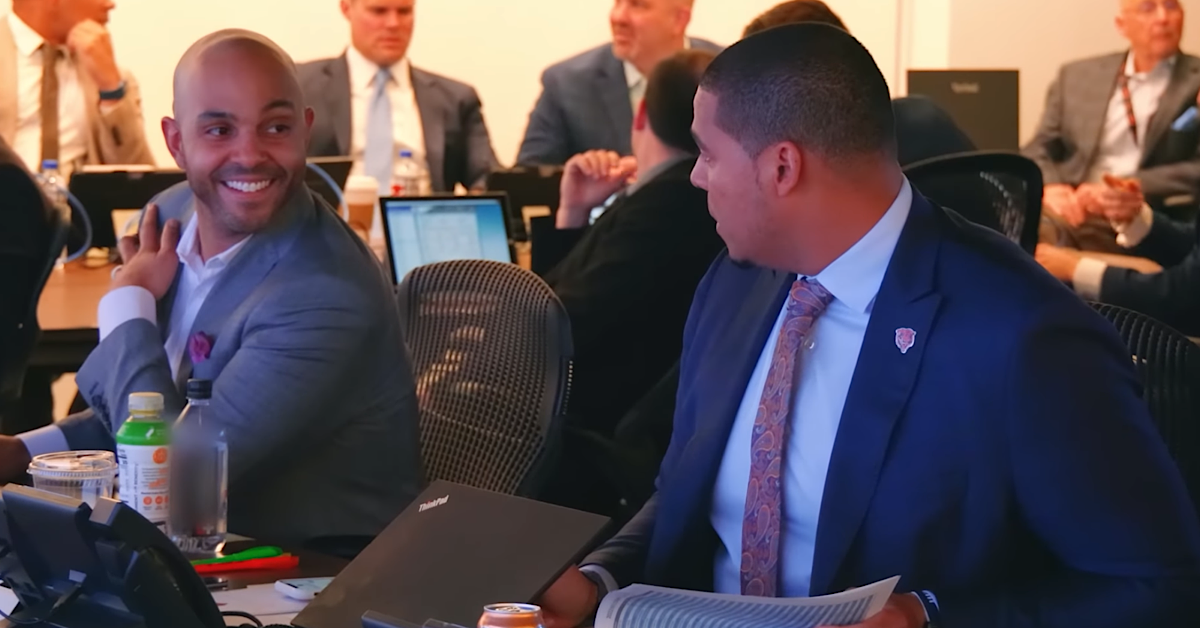 There are times when I think society doesn’t fully grasp the significance of Memorial Day, which is for remembering and honoring military members who died in active service. This holiday has a pretty heavy meaning if you sit and think about it. And these videos from the History Channel gives it additional perspective:

‘However, if you have friends and family who are alive after serving, be sure to thank them for their service. They will surely appreciate the kind words.

•   Unless something drastic happens this upcoming season, I don’t think the Bears will be in the market to hire a new head coach. And while it’s possible that the guidelines and steps in the hiring process could change several times between now and the next hire, it is worth keeping up with some of the changes. For instance, PFT’s Mike Florio highlights changes in the head-coach hiring process that will be in place for this coming season:

“First, teams cannot interview a head-coaching candidate who is employed by another NFL team until the third day after the conclusion of that team’s Week 18 game,” Florio writes. “This specifically applies to assistant coaches working for teams that did not qualify for the playoffs or that earned a first-round bye. For teams that play in the wild-card round, assistant coaches cannot be interviewed until the following Tuesday (for Saturday and Sunday games) or Wednesday (for the Monday game).”

All right, so it’s not what some in league circles have been calling for in terms of pushing that process until after the playoffs end. But it is a step in that direction. I’m not sure if we’ll get all the way there, but I wouldn’t put it past the NFL to ultimately come to that sensible conclusion at some point down the line.

•   In another worthwhile hiring tweak, the NFL is now requiring teams to interview a minority or female candidate for vacant QB Coach positions. Making the quarterbacks coach hiring process subject to the Rooney Rule feels like a significant move that could help diversify coaching staffs and help aid in the promotion of minority coaches into head coaching positions. Let’s be honest with each other. We all see the NFL’s hiring trend of pulling all sorts of offensive coaches up into head-coaching spots. But if you look around the league, we haven’t been seeing minority coaches in those offensive coaching spots that get promotions. Offensive coordinators? Quarterbacks coaches? Those are the ones who take big leaps into coaching circles. I’ll be curious see how this piece of legislation moves things forward.

•   Pretty cool to see Bears Assistant GM Ian Cunningham and Defensive Coordinator Alan Williams were in attendance at the NFL’s inaugural Coach and Front Office Accelerator Program. More than 60 head coach and general manager candidates from all 32 NFL teams were at the event angling to promote women and minority candidates with the idea of diversifying the league’s hiring pipeline. In addition to Cunningham and Williams, there were a handful of coaches and front office folks who had some sort of recent tie-in to the Bears. Among there were Charles London (former RBs Coach), Glenn Cook (GM candidate), Aaron Glenn (DC candidate in 2021), Pep Hamilton (OC candidate earlier in the offseason), Morocco Brown (GM candidate), Byron Leftwich (HC candidate), and Ran Carthon (GM candidate). I see these names and Bears connections and my mind immediately goes to the Bears sniffing around quality coach and front office talent. Hopefully, they’ve made home run hires with the likes of GM Ryan Poles and AGM Ian Cunningham.

•   Mike Garafolo (NFL Network) outlines changes to the NFL’s IR rules, which have been taking new shapes in recent years. Between COVID absences and the general wear-and-tear that comes with a 17-game season, it is probably smart to let this thing evolve. Among the most notable IR features:

⇒   Say goodbye to the unlimited IR returns. Only eight players can return from IR this season, which is still more than the two it had been prior to recent changes.

⇒   The waiting is the hardest part, but it is also part of the strategy of it all. Teams will have to wait four games to bring players off the IR. It was just three the past few seasons. This small (but mighty) increase keeps teams from some of the gamesmanship and manipulation of IR stints.

•   Ian Wharton (Bleacher Report) puts together a team of remains free agents that might be more competitive than some of the recent tank artists we’ve seen in the NFL.  Imagine a team with Cam Newton throwing to Will Fuller, Odell Beckham Jr., and Rob Gronkowski. Or Duane Brown and JC Tretter blocking for Devonta Freeman in the backfield. Envision Akiem Hicks and Larry Ogunjobi eating up opposing blockers in the trenches. There are some dudes left out there for the Bears if they want to round out their roster on the edges.

•   Colin Kaepernick remains a free agent, per ESPN’s Jeremy Fowler. It sounds like Kaepernick’s workout with the Raiders went well. However, a deal isn’t imminent. I hope he gets a chance to prove himself to the league again. It would make for a fascinating comeback story if he gets the opportunity.

•   Gale Sayers would’ve been celebrating his 79th birthday had he not passed away in September 2020. This highlight reel is worth your time.

•   The Cubs play nine (!) games this week. Here’s the lineup for the first showdown against That Baseball Team From Wisconsin:

And a bunch of roster moves:

The Cubs Are Calling Up Anderson Espinoza (And Other Roster Moves) – https://t.co/XCKRUz3y5z pic.twitter.com/CGqeb38L8v