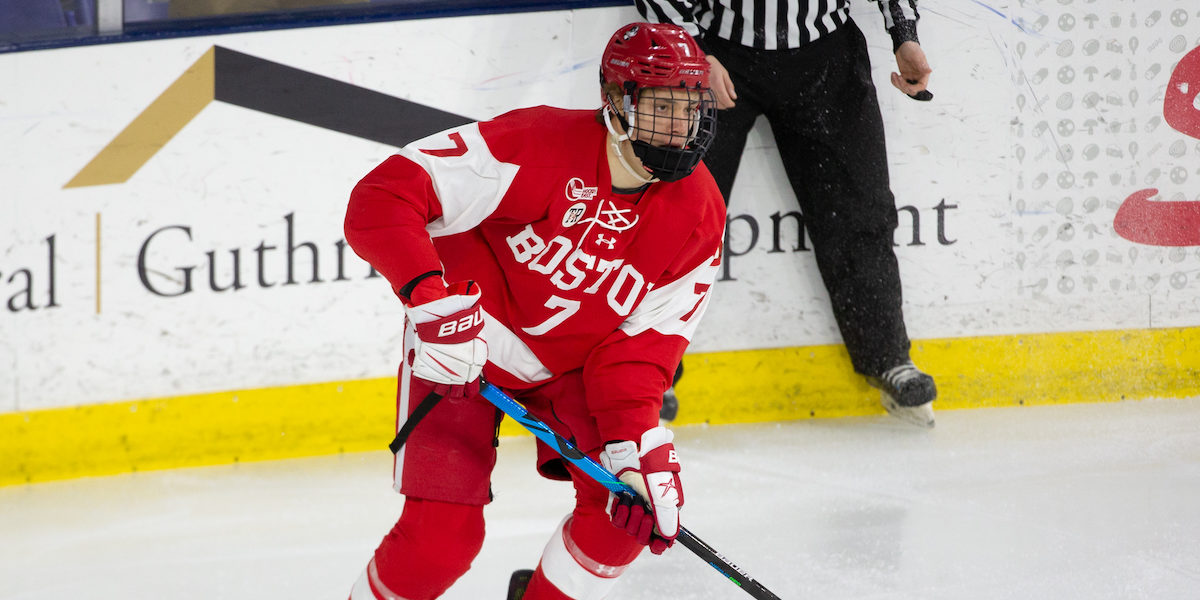 While everyone is focused on the NCAA March Madness tournament, I am focused on a different college tournament this time of the year (of course, that’s a little easier, when your bracket has already been turned to ashes). The NCAA Men’s Frozen Four tournament field was set on Sunday night!

Sixteen teams in four regions, squaring off for the National Championship. With no 2020 tournament due to COVID restrictions last year, the 2019 Champion Minnesota-Duluth Bulldogs will looks to defend their title. In the tournament will be six Chicago Blackhawks prospects across four teams, and with the way the bracket could play out, The Blackhawks could have as many as five of those prospects reach the Frozen Four, and as many as four prospects in the Championship game if all would go to plan.

The six Blackhawks in the tournament field include:

Slaggert is the standout amongst the group of six Blackhawks college prospects with 22 points in 25 games with Notre Dame this season. The 2020 third-round pick finished the regular season third on the Irish squad in scoring. He has the chance to add an NCAA Championship to his mantle alongside his 2021 World Junior Championships Gold Medal from this past January with Team USA.

Another standout freshman this year was fellow 2020 third-round pick Wyatt Kaiser. The defenseman finished with 10 assists in 26 games with Minnesota-Duluth and ranked eighth on the team in scoring, and the highest point total among defensemen this season. He was also named to the NCHC all-Rookie team this season. Kaiser looks to help Minnesota-Duluth defend their crown as back-to-back NCAA Champions (2018 and 2019) and help them to the programs fourth NCAA title.

Josh Ess, a 2017 seventh-round pick, looks to end his college career at Wisconsin as an NCAA champion. Ess, who will likely not be signed by The Blackhawks after his college career is over, had seven points in 30 games with the Badgers this season and 32 points over his 135 career NCAA games. Ess and the Badgers are the No. 4-seed in the tournament and hope to replicate the Wisconsin Women’s team success in the tournament and earn the program’s seventh National Championship.

Vlasic, a 2019 second-round pick, showed a ton of growth in his second-year with the Boston program. He finished with eight points in 15 games and while that’s a small sample size, he doubled his points from his Freshman season (4) in less than half as many games (34) as the season prior. As for third-year forward Jake Wise, the 2018 third-round pick has had a disappointing college career thus far. He was hindered by injuries as a Freshman and missed time this season as a Junior for undisclosed reasons. His Sophomore season showed his most promise, but it’s unlikely The Blackhawks will sign him once his college career is over, barring a major Senior season. In net, 2020 second-round pick Drew Commesso was named to the Hockey East all-Rookie team this season with a 6-2-1 record in 10 games played with a .924 save percentage and a 2.68 GAA. Commesso is looked at in the Blackhawks system as a major player in the future of the goaltending position. He would have been playing with Slaggert at the World Junior Championships this past January, but was pulled from the roster due to COVID restrictions.

Games begin on Friday with the Frozen Four and National Championship game taking place on April 8th and 10th at the PPG Paints Arena in Pittsburgh. All games can be found on a variety of ESPN networks (ESPNU ESPN2, ESPN3, ESPNNews) with the Championship game being broadcast on ESPN on April 10th.