What They're Saying About Blackhawks First-Rounder (No. 25 Overall) Sam Rinzel Skip to content 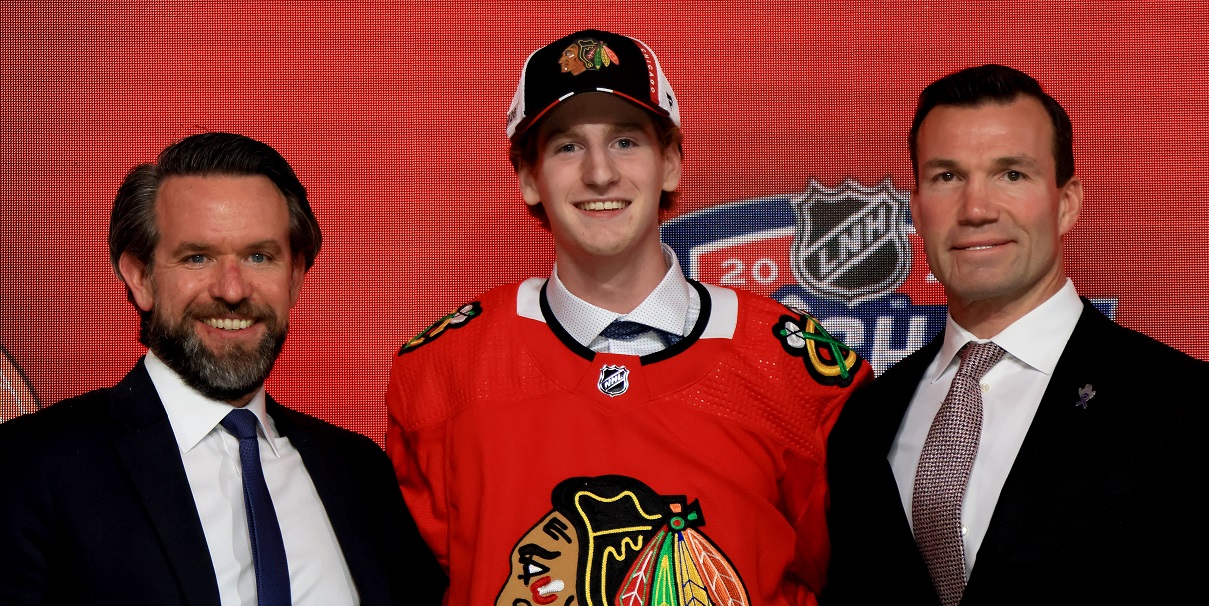 If you thought that Kyle Davidson was done last night after acquiring two first-rounders in trades for Alex DeBrincat and Kirby Dach, you were mistaken. Davidson traded into the first round for the third time when he sent the 38th overall selection to the Toronto Maple Leafs for Petr Mrazek and the 25th selection in the draft.

Davidson and the Blackhawks took defenseman Sam Rinzel at No. 25 on Thursday night.

Not too shabby. The Blackhawks turned a second-rounder (which they have a glutton of) into a veteran goaltender (remember, only Arvid Söderblom was under contract in net for the Hawks next season) in Mrazek and a defenseman prospect in Rinzel.

Let’s round up the chatter on Rinzel from last night.

Not to put too fine a point on the scope of the Blackhawks’ rebuild, but they used the 25th pick on a high school player. OK, Rinzel did also play for the Waterloo Black Hawks of the USHL along with his 27 games with Minnesota’s Chaska High School Hawks. Rinzel is 6-4, a smooth skater and has a right-hand shot. But he’s a total project for a team that’s obviously thinking long term.