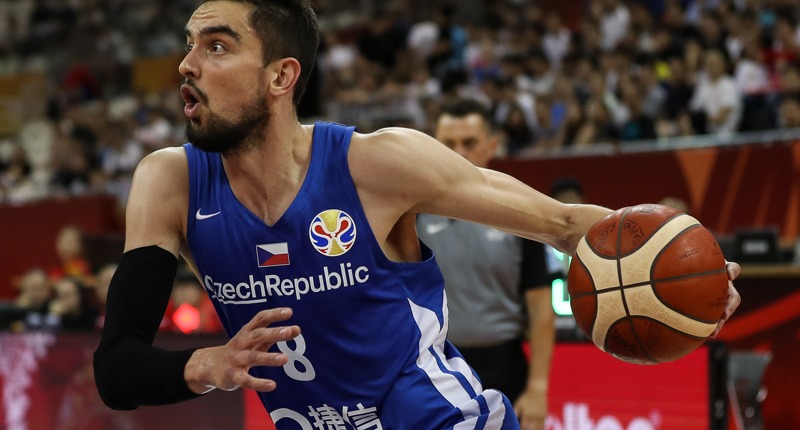 The Chicago Bulls selection of Coby White in the 2019 draft was a statement. After years of unconvincing point guard play, the front office finally decided to make an investment.

Because while finding a point guard isn’t the hardest task in today’s NBA, getting one who’s a clear difference-maker can be. Fortunately, at just 19-years-old, White comes equipped with all the right tools to become one of the top guards in the league. Unfortunatly, these things take time. So in comes Tomas Satoransky.

The 27-year-old point guard initially felt like a great piece to challenge White during training camp, but has quickly turned into the generally assumed starting point guard this season. Indeed, originally, I saw Satoransky as a small bridge between White and the starting rotation; now, that bridge stretches miles long. And that’s not a bad thing!

What the world just witnessed on the FIBA World Cup stage was a coming-out party of sorts for Satoransky. Leading the Czech Republic national team to a sixth-place finish, Satoransky averaged 15.5 points per game shooting 45.7 percent from the field and 48.1 percent from behind the arc. Even more impressive were his assist numbers, dishing out a tournament-high 68 total assists and averaging 8.5 per game (the best among players who participated in eight-games). Oh, and in the rebounding category, he was the second-best among guards, averaging 5.6 rebounds per game.

When Spain won the tournament over the weekend, Ricky Rubio was named the FIBA World Cup MVP, but when you take a peek at the fan voting, Satoransky DESTROYED. The new Bulls point guard received 41 percent of the 370,120 online votes … Rubio received one percent. Yeah, Satoransky got robbed.

The all-around performance is pretty jaw-dropping for a guy who’s played a bulk of his NBA career as an asset off the bench. Although, this past season, organizations finally started to give him the attention he appears to deserve after he filled in for the injured John Wall.

Teams like the Utah Jazz and Indiana Pacers were reportedly interested in Satoransky’s services before the Bulls swooped in, but other available, more proven point guards like Mike Conley and Malcolm Brogdon were on the market, as well. Long story short, the Bulls were in a position to make a sneaky-good move, and they actually made it (for once)

After the World Cup, having Satoransky locked in on a three-year $30 million deal feels like a HUGE win. The Bulls are in a prime spot to give Satoransky his first full-year of starting point guard duties, while White has time to grasp the NBA lifestyle. Also, if Satoransky happens to turn into an obvious starting-caliber point guard, the Bulls now have a tremendous asset on their hands with a tradable contract. Satoransky does what team’s with non-point guard stars are looking for. He plays tough, he plays versatile, and he plays unselfishly.

As of now, I don’t want to linger too much on this Sato-mania. After all, the season has yet to begin. But Satoransky’s international performance tops off an offseason that completely flipped the script for the Bulls at point guard. A position where the Bulls were once starving for talent, now feels nourished and strong.