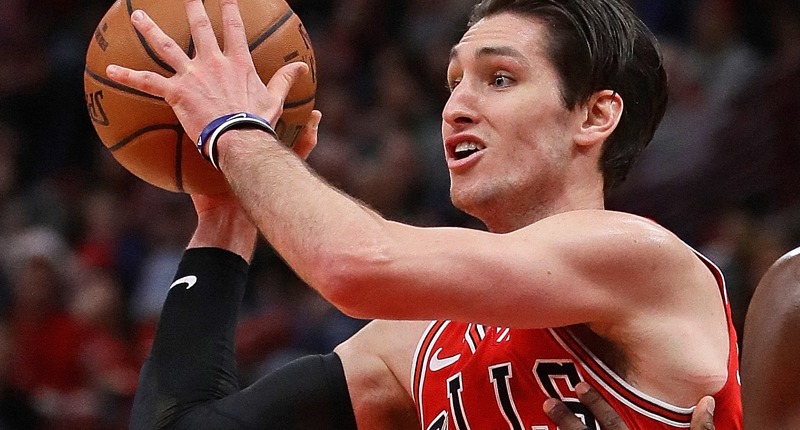 Hate on Jim Boylen all you want, but the guy had an awesome idea.

During Media Day, we learned the players in attendance for voluntary workouts (which included everyone minus Cristiano Felicio and Tomas Satoransky) had a one-on-one basketball tournament to spark competition.

“We got to compete against each other and see who’s the best every week,” Otto Porter said during his podium press conference. “We got money for it and that’s something everybody wanted. But it’s also a time to build that team bonding and team chemistry.”

Though he didn’t get to play too often due to his offseason rehabbing, Wendell Carter Jr. also commented on the “Boylen Invitational,” and confirmed it was quite the competitive event.

So who do you think won? WRONG.

Well, I’m just going to assume you were wrong.

Arcidiacono on his winning shot: "The winning shot was a top-of-the-key jab jumper in said person's grill."#Bulls contested four 1-on-1 tournaments in an effort to increase competition level, which the players seemed to love.

ARCHIE FOR THE WIN!

According to The Score’s Cody Westerlund, Arcidiacono claimed the top prize in the event, hoisting a WWE-style championship belt in victory!

If we’re being honest, this is quite hard to believe, but if Archie’s telling the truth and he beat a Bulls STARTER for the one-on-one crown … just raise the banner in the United Center right this instant.

Now, Porter wasn’t asked about Arcidiacono specifically, but he did say during his interview that he believed LaVine won the most games. However, he also mentioned that this tournament-style had multiple winners.

Regardless, I’m just going to imagine that Arcidiacono single-handedly beat everyone on the team and sank a jab jumper right in LaVine’s face to ice the win.