Wake Up and Watch Coby White Drop 29 Off the Bench! Skip to content 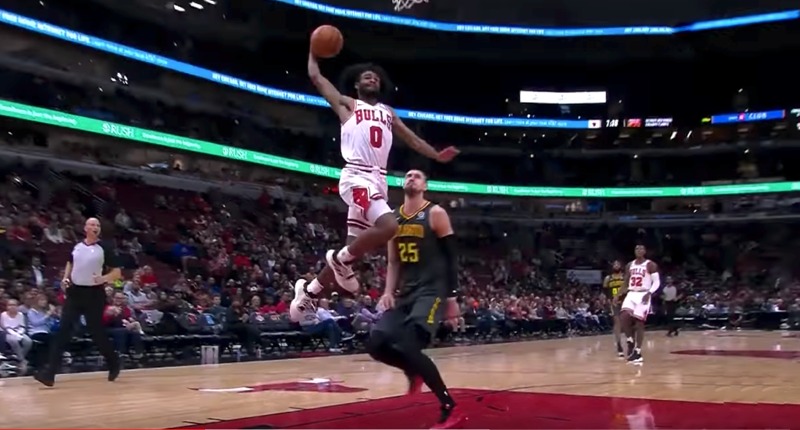 Welcome to the show, Coby.

Forget that it’s preseason. What the Bulls No. 7-overall draft pick did last night at the United Center was special. In 23 minutes on the court, White dropped 29 points as he went 10-14 from the field and 6-8 from behind the arc.

Sure, we can linger on his lack of assists again, but considering that he played the majority of his time at shooting guard (while grabbing six rebounds), I’m willing to forgive that. Oh, and we should probably mention, this was all off the bench.

Moral of the story, we might as well have been playing NBA Jam last night, because that kid was on FIRE.

Bulls fans have now watched White improve with each game, and he’s making a legitimate case to start the season with well over 20 minutes per game. Now at preseason’s end, with 19.2 points per game, he’s averaged the second-most for any rookie, and he’s tied for the ninth-most in the NBA. Would you have guessed that?

Well, Zach LaVine would have.

“I think he’s had one of the best rookie camps I’ve seen,” LaVine told NBC Sports Chicago’s K.C. Johnson. “We know he can shoot and score but the way he has handled himself, he has been aggressive and playing his game. He can shoot, space the floor and score. It’s going to help us so much. You can put him in anywhere. He’s going to get the job done. He’s fearless, not scared of anything, not scared of the moment. I talk to him all the time and say, ‘Keep going.'”

White’s skillset has clicked on the court probably … what a full month sooner than the Bulls imagined? Through the first two preseason games, we saw his work in transition and at the rim, then gradually over these next three games, we’ve seen him get in a rhythm shooting the basketball. As I’ve pointed out previously, he went from shooting 25 percent from three-point range in the first two-games to 38 percent in the next two. Then, last night, he had his best performance shooting the ball going 6-8 from downtown (75%). More and more attempts have led to a stronger rhythm.

Of course, each of these performances will be marked with the “preseason” title, so now White will try to prove he can do it when the games count. Time to keep working.

“I’m just trying to gain confidence,” White said postgame. “Just trying to get better day by day. It’s a process, obviously, I had a good game, but every night is not going to be like this, so I just need to continue to get better and stay humble about everything, and everything will work out.”

If you’re not on team Coby, I’ll kindly show you the door. The real games will start up next week, but if this preseason truly is any indication of what’s yet to come, it might be wise to start betting the over.

Slowly but surely White will have to start transitioning into the point guard role, but until then, he’s adding an element to this team that they can vitally use.