If Otto Porter's Time Is Managed Cautiously, How Will the Bulls Cover? Skip to content 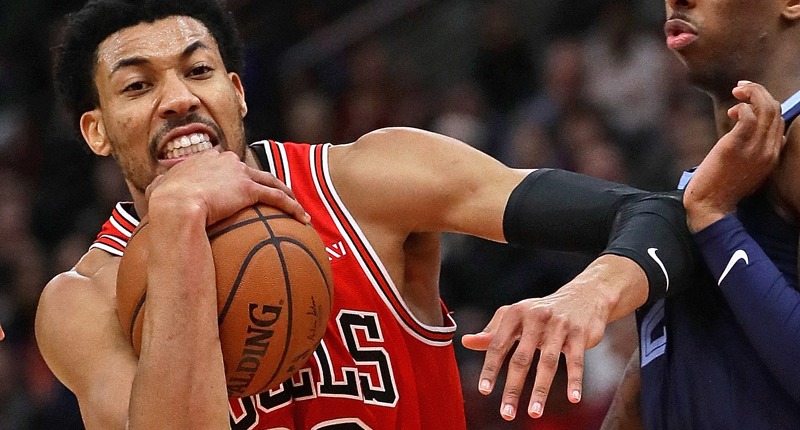 After an offseason full of positivity and a few notable additions, it’s easy to forget just how important Otto Porter will be to the team’s overall success in 2019-2020. Wing depth remains the Bulls biggest issue for the foreseeable future, and that means Porter’s presence on the court could be the most irreplaceable. Unfortunatly, it’ll also be the most measured.

With a lot of weight on Porter’s shoulders, he and his head coach had a conversation about the right way to approach this upcoming season. According to NBC Sports Chicago’s K.C. Johnson, the plans will be for Porter to play around 30 minutes per game, and back-to-back matchups will be dealt with on a case-by-case basis only.

We’ll get to see the ramifications of this right off the bat as the Bulls play the Memphis Grizzlies and Toronto Raptors back-to-back later this week. It’s hard to imagine we wouldn’t see Porter in the Bulls home opener, the second of the two games, but Boylen says it’ll all be up to him.

With injury trouble being all-to-familiar in the Windy City, playing the load management game is the right call (even when it’s frustrating). The veteran wing hasn’t experienced any extreme injuries in the past, but he’s no stranger to the consistent bump or bruise, especially over the past couple of seasons. When you consider the team’s need to ensure his availability, combined with it being a contract year for Porter (player option for 2020-21 season), this feels like the right plan for both parties.

On the bright side (I think?), Porter’s load management will open up more opportunities for Boylen to run some interesting lineups.

In an ideal world, Chandler Hutchison, who remains out with a hamstring injury, would act as a capable backup, but the Bulls are still waiting to see what he has to offer.

But to that end, Boylen reportedly listed Tomas Satoransky and Shaquille Harrison as two key options to fill in behind Porter. We saw Harrison missed the entire preseason with an injury, but he will be ready for the team’s season-opener on Wednesday. Satoransky, on the other hand, worked the wing plenty during his time with the Washington Wizards, so he feels like the most reasonable choice. Also, if you ask me, just let Satoransky play wherever/whenever, he’ll get the job done.

However, we should expect to see our fair share of three-guard backcourts this season. Boylen ran many of them during the preseason, and considering the talent at the guard position, why not?

With the Bulls throwing up more three-pointers and working at a faster pace, the three-guard lineup could become a strong staple of the second unit. The other option is Thaddeus Young, who has gained experience playing at the three over his 12-years in the league. Putting Young at the three would, most likely, mean Markkanen and Carter Jr./Kornet are on the court as well, which, yeah, those are some BIG Bulls.

At the end of the day, when Porter needs to play, he’ll be out there, but it’s nice to see the Bulls go the cautious route. You know what the doctor says: “A healthy team is a (potential) playoff team.”