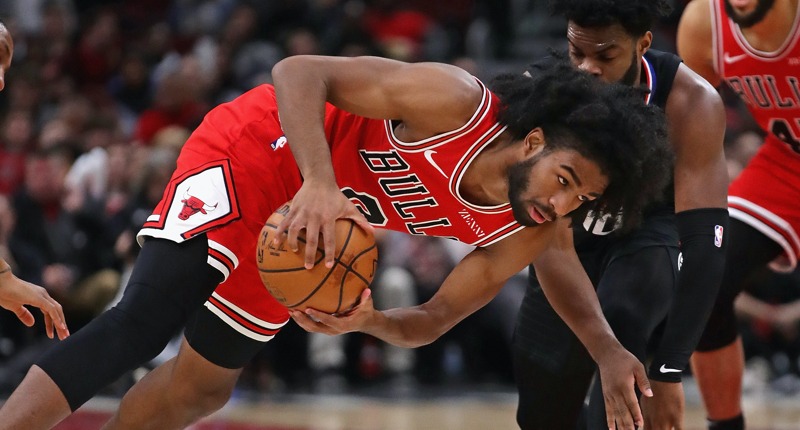 Believe it or not, the Chicago Bulls (12-19) could be a top-8 seed in just a few short hours – query whether they deserve that distinction, let alone if that’s where they’ll end up at the end of the year (or if that’s good for the long-term health of the franchise), but it is a possibility we must consider. And it comes with a few caveats and implications.

For another, as I’m sure you’re aware – the Eastern Conference is a bit of a mess:

The Bulls might be a trainwreck, but the Hawks, Cavaliers, Wizards, and Knicks are trains that were wrecked by chugging straight into a bunch of dumpster fires.

After the Pacers, the conference has a big drop-off to the Nets, followed by another big drop-off to the Magic. With that in mind, it’s fair to say the Bulls haven’t exactly played themselves back into the conversation, as much as they avoided sucking enough to luck into it.

Indeed, tonight’s matchup against the Magic will be the battle of two teams who epitomize the benefits and risks of “sucking the least.” As K.C. Johnson points out, the Bulls and Magic’s point differential is only .5 apart this season, as they both suffer from a lackluster offense (Orlando ranks 25th and the Bulls rank 29th in offensive rating), but are given a boost by a surprisingly solid defense (Orlando ranks 12th and Chicago 9th).

One of the only main differences between these two teams, then, would be the fouling, an issue we raised recently. The Bulls currently foul 5th-most in the league, whereas the Magic foul the second-least. When two teams share as many similarities as these two, a stat like that could make quite the difference.

But regardless, the Bulls and Magic head into tonight trying to prove which team is the best of the worst. It may not be the situation we want, but it’s the one we’ve been handed. And, honestly, as the standings show, it could be worse.

But I can’t shake this feeling of a long-term trap.

In other words, is competing at this level (at this moment in time) actually a good thing? Yes, I like seeing the Bulls wiggle their way into a playoff position, but after tonight, there’s still 50 games left in the season and the Bulls face one of the toughest schedules in the East. And, indeed, even if they do manage to hold the line at the 8th seed, they still don’t look like a team that’s ready to go all the way, which could do more harm than good in the long-run.

Specifically, we must weigh our desire to win now with the potential long-term implications on the job security of this front office and head coach, which needs to be turned over to the greatest degree. Obviously losing hasn’t exactly forced this organization to make the correct, fundamental, structural, and/or organizational changes in the past, but they don’t need another excuse to maintain the status quo. I … just. It’s a tricky balance. I’m not exactly here promoting another tank-a-thon, but limping into the postseason as a no-shot 8th seed is kind of the worst of both worlds. So if they’re not going to floor it the rest of the season (which, again, is going to be tough where their remaining schedule), I’m not sure what we’re really doing here.

For now though, I think let’s just focus on tonight and see if the Bulls can suck the least before battling the Hawks and Bucks to close out 2019. I do want to end this year on a high note, I’m just not sure what that means yet.

UPDATE: I’m coming back into this post because (1) I haven’t stopped thinking about this and (2) to make my feelings a bit clearer. As stated previously, I’m not calling for a tank-a-thon. In fact, I almost always prefer a W. In an ideal world, the Bulls can somehow manage to win games while also exposing the fact that this team needs an organizational change. Maybe (and this is a big maybe), if the Bulls can turn things around and crack the playoffs, or even barely miss it, ownership can see that as an opportunity to hand a new FO a solid foundation. I want this team to win, however, I also want to know that by winning, they don’t save this management’s butt. To reiterate, it’s a tricky balance.