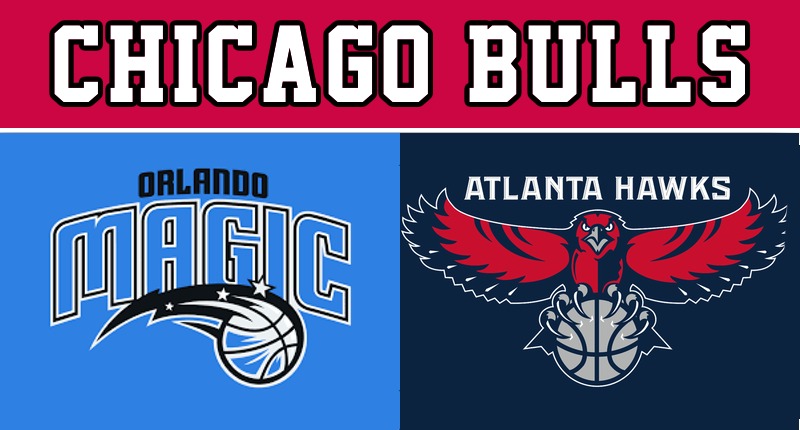 Additional Roster Notes: Zach LaVine is listed as day-to-day on the injury report and he’s technically “probable” for Monday night’s game against the Magic. The same goes for Wendell Carter Jr., who is dealing with a left abdomen injury. But both should be fine. As for Chandler Hutchison … still no updates on when he might return.

Bulls: Zach LaVine is looking like a man on a mission. Unlike last season when it looked like his goal was to simply “get his,” LaVine is doing all he can to help the Bulls win games. Last week, he helped finish off two-straight wins with some great play in the 4th quarter. Specifically, his showing in the final seconds of the Bulls 18-point comeback against the Wizards almost felt like a turning of the tide. He forced his way to the free-throw line and dumped off a great pass underneath the basket to Wendell Carter Jr. for the go-ahead bucket. LaVine ended with 24 points and found a way to help the team win despite a dismal 6-23 shooting night. Over the last four games, LaVine is averaging 31.8 points on 48.8 percent shooting. With matchups against the Magic and Hawks this week, he has a great opportunity to keep that hot streak going.

Magic: Fee-fi-pho-fum! Don’t look now, but here comes another physical big man! Nothing is scarier to this Bulls team than a center with a little meat under the bones. The Bulls have let guys like Montrezl Harrell and Steven Adams walk all over them recently, and while Nikola Vucevic may not be as ferocious of a player underneath the basket as those two, he’ll make his presence felt with highlight dunks, big rebounds, and blocked shots. Not to mention, the Bulls haven’t played a big man that can run the offensive quite like Vucevic. He surveys the floor well to dish out assists, and he can pop a shot from nearly anywhere on the court. To be frank, he’s going to be a handful.

Hawks: I guess we can take Trae Young out of the equation, right? The Bulls handed the Hawks a 34-point loss the last time these two played (and before that it was a 20-point loss). Dunn has played Young great over the two matchups, so while it’s hard to pick another player to keep an eye out for on this team, I’ll have to pick someone else – Hmm. Uh. De’Andre Hunter! Yeah, that’ll do! If the Hawks are going to win a game, someone else has to step up and help run the who. Hunter has shown signs of being an all-around talent several times this season and has four games in December with 18 or more points. He’s only scored a combined 10 points over his two games against the Bulls, but, hey, the talent is there.