Jealous of the Raptors, More Time for White, Does Boylen Really Bring the Energy? And Other Bulls Bullets Skip to content 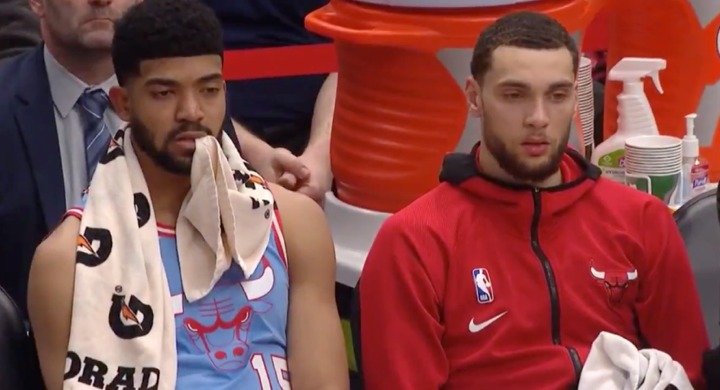 Illinois battled Maryland last night for sole possession of first place in the Big Ten, so Van Pelt took a trip to Champaign to watch his Terrapins. Following many of the folks who still cover/follow the team, my timeline was stuffed with snapshots of Van Pelt simply hanging with fans.

One of ESPN’s biggest faces simply took it in the experience alongside everyone else. Doesn’t matter who you are, that’s what being a sports fan is all about. Great stuff.

Coby White handed out a career-high nine assists on Thursday, the most by a Bulls rookie since Derrick Rose in 2009. He also recorded his 30th double figure scoring game of the season, the second-most among rookies coming off the bench.

The Bulls Say They Want to Help Markkanen, But Are They Willing? Capable? https://t.co/gcnEFssOHT

When the Bulls fired Hoiberg and replaced him with Boylen, here was Paxson's justification: "What we’re lacking is kind of an energy and a spirit about our team, and we need to get that back."

After 111 games of Boylen's tenure, I present to you the new Chicago Bulls. pic.twitter.com/57taVrRnpv

The 90s series continues as @Jason1Goff is joined by @34billy42 to discuss his experiences as an NBA champion.

This was not two of them. pic.twitter.com/9G82fmUL1c