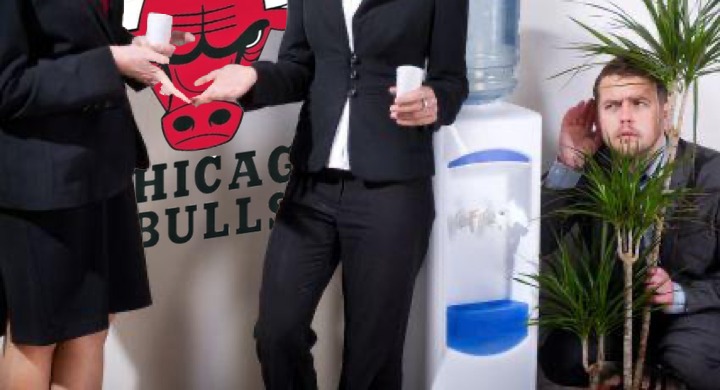 No matter what the rumors say, they’re out there.

Over All-Star Weekend, the current state of the Chicago Bulls was a hot topic. Right before the All-Star Game tipped-off last night (how about that timing, eh?), the Sun-Times and NBC Sports Chicago dropped a new report about the Bulls front office movement expected this offseason. According to both sources, Michael Reinsdorf was on the prowl over the last several days, trying to gather the requisite information to hunt down a new face of the franchise.

NBC Sports Chicago’s K.C. Johnson went on 670 The Score’s Mully & Haugh show earlier this morning to elaborate on the news, and he assured that several executives and higher-ups around the league are very aware of the Bulls offseason intentions:

A lot of places I went to this weekend, people would be like – that I know around the league, executives, agents – would be like ‘oh, the Bulls are making changes huh? I hear they’re asking around on people.’ Things like that. So it was pretty pronounced this weekend, but I do think the process has been ongoing, they’d been seeking input for awhile.

He continued to say that, as things currently stand, he can’t speak on the structure or candidates the Bulls currently have in mind. In fact, Johnson believes the Bulls themselves still don’t have a clear idea of how they plan to tackle this front office shuffle. While the fans sitting at home want the ownership to clean house, everything we’ve heard thus far indicates that will not be the case.

Now, that doesn’t mean whoever’s hired won’t have complete autonomy, as Johnson still believes the Bulls are looking for someone to run basketball operations and be the voice of the team moving forward.

Ultimately, I think the most interesting (and somewhat encouraging) tidbit here is simply that the league is aware of the Bulls’ desire to hire a new face. The more the league hears about it, the more we can believe the Reinsdorfs are on the verge of actual change. Not to mention, if these executives/agents knew about this prior to Johnson’s probing, then the report about this being an ongoing discussion that started before this weekend feels accurate. The more groundwork put into this front office shake-up, the more believable the whole thing becomes.

Truthfully, after the mess that has been the hiring and continued employment of Jim Boylen, I’m just relieved to hear the Bulls are actually doing an outside search this time around. Instead of hiring another in-house product to try and “fix” the culture, the Bulls may have finally learned a fresh set of eyes is a MUST to change the future of this franchise.

Now … will they hire someone with the right eyes? TBD.