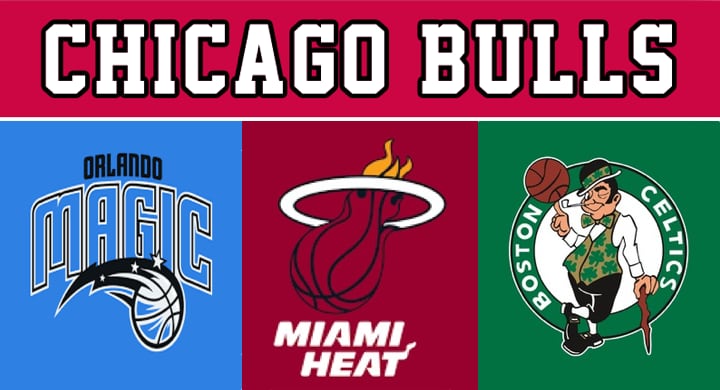 Hi, so I’m dumb and forgot to do this yesterday when the Bulls played the Cavaliers (I was too focused on Coby White’s first start, Coronavirus, and The Bachelor). However, the Bulls still have three more games this week, so let’s do a little preview!

Additional Roster Notes: Zach LaVine is working his way back to the court from a quad injury, and while he’s listed out, for now, he did tell reporters he plans to return “sometime in the next week.” To this point, LaVine has missed five-straight games after playing in all of the first 60 games of the season. Meanwhile, Ryan Arcidiacono has missed the last three games with a sore Achilles but seems to be nearing a return. The most unfortunate news is that Chandler Hutchison is now officially out for the season and will undergo surgery on his right shoulder.

Chandler Hutchison Will Undergo Shoulder Surgery and is Officially Out for the Seasonhttps://t.co/DOMTJKDQOf

Bulls: It’s time to keep a close eye on all the members of the Bulls’ young core. With Zach LaVine still sidelined, that specifically means Lauri Markkanen, Wendell Carter Jr., and Coby White for now. All three started together for the first time last night against the Cavaliers and pulled off a 108-103 victory thanks to an extremely balanced scoring effort. The trio combined for 52 points, and while each had their own set of flaws, that all-around performance was encouraging. A lot of the pressure to keep this up will fall on Coby White, who’s now tasked with becoming this team’s main facilitator. Last night, he dished out 5 assists, but also play pretty sloppy with 9 turnovers. Moving forward, he’ll have to continue to focus on sharing the basketball and better defining his role. The backend of this week’s stretch should be a nice challenge.

Magic: Over the last 5 games, Nikola Vucevic has been on a roll. The big man is averaging 23 points and 13 rebounds per game. He’s also shooting 53.4 percent from the field and 37.5 percent from downtown. Oh, AND he’s averaging 4.6 assists per game. Vucevic is a double-double machine who could easily sway this game in the Magic’s direction by himself. Wendell Carter Jr. has struggled a bit since returning from his ankle injury, and controlling Vucevic will certainly be a challenge. The last time these two teams played, Carter Jr. was able to win the rebounding battle 10-7, but he failed to stop the big man from scoring (20 points).

Heat: Coby White will have to watch out for Kendrick Nunn. A fellow rookie, Nunn hasn’t necessarily lit up the stat sheet over these last couple of games, but he’s certainly had his success this season and against the Chicago Bulls. In the team’s first two matchups, Nunn scored 21 and 18 respectively. With all the hype White has been getting over the last month (in Nunn’s hometown, nonetheless), I’m sure Nunn will come into this matchup with a bit of a chip on his shoulder. Also, Duncan Robinson has hit seven or more 3’s in the consecutive games … so the entire Bulls team needs to guard that man when he’s behind the arc.

Celtics: Jayson Tatum. Over the last 10 games, he has averaged 30.8 points per game and is shooting 48 percent from the field and 47 percent from behind the arc. Enough said.