Appreciating LaVine (On and Off the Court), Clippers Still Interested in Dunn? Never Challenge MJ, and Other Bulls Bullets Skip to content 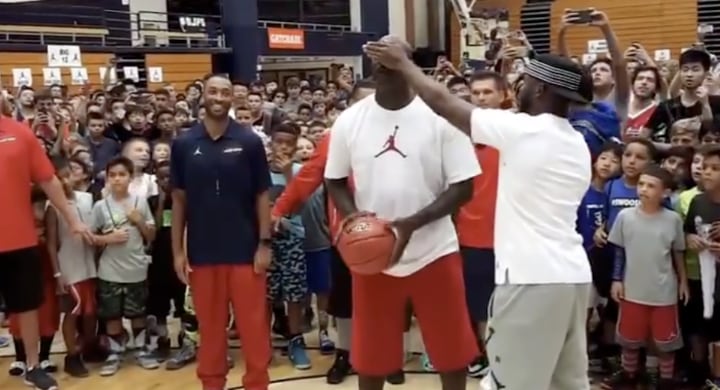 We recently finished a new 1,000 piece puzzle and – no joke – there is one piece missing.

I’m now convinced there is a sick human being out there who works in the puzzle factory and steals a single piece from ever 10th puzzle that comes down the packaging line. This psychopath probably then goes home and has a creepy closet where he builds a never-ending puzzle on his wall out of different puzzles pieces. We must find this person and put an end to this.

Would NBA players agree to all quarantine together in a place like a Las Vegas hotel & just finish out the season and playoffs there? Our guys at #TheJump weren't so sure – although what if it ends up being the only way to get the revenue the league needs to pay player salaries? pic.twitter.com/2TjjgfcaH5

Not a Celtics' play but we had to acknowledge this MJ play
cc: @NBCSBulls pic.twitter.com/62AJQJAtO9

"HE AIN'T EVEN STRETCH THOUGH!" 😂
⠀
That time when Blake Griffin put on a show in front of D-Lo, Devin Booker, Zach LaVine and other future NBA stars. (via @nba) pic.twitter.com/VHNChYgBb1