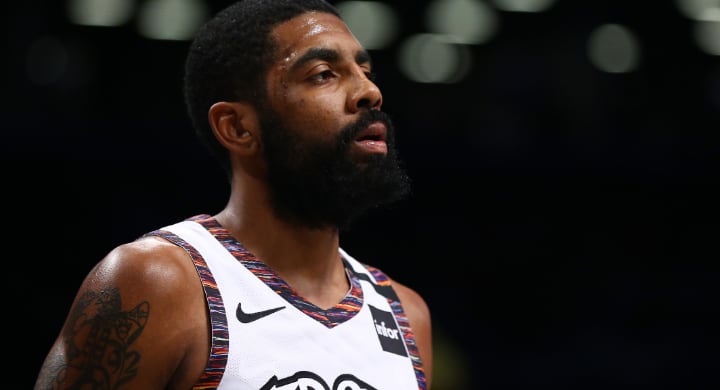 On June 4th, NBA Commissioner Adam Silver released a statement about the NBA’s approval of a 22-team plan to restart the season. The first sentence of that statement read as followed: “The Board’s approval of the restart format is a necessary step toward resuming the NBA season.”

Over the past couple of days, we’ve started to see why an approval from the NBA Board of Governors and NBPA is nothing more than exactly that – one necessary, but not finite, “step.”

As players begin to see the new NBA calendar take shape, the reality of the Orlando bubble has started to sink in. And, that’s understandable – we’re talking about a sports experiment that has never been done before: Putting hundred of players in one location under strict medical watch for at least 50+ days. As fans, we’re probably pretty darn excited for the return of basketball and this odd formant. But if we were asked to attend … I’d bet we’d all think a little more critically about the situation in which we were about to put ourselves.

NBA players have been doing exactly that recently, as many continue to voice their concern over any number of logistics. The other day, this had me asking: “Why weren’t these problems discussed prior to a vote and announcement?” Well, according to Yahoo Sports’ Chris Haynes, a large number of players didn’t have their voices heard in the decision-making process, and they’re not about to travel into an unprecedented situation without first gleaning more clarification. Additionally, the ongoing fight against racial injustice has made some players see the impending return to play a bit differently.

Here’s what Haynes had to say:

The unease about relocating to a quarantined campus during the COVID-19 pandemic was already viewed as hazardous and unnecessary to many players. But because of the George Floyd tragedy and the powerful movement for racial justice that’s sweeping the nation, some players believe it’s bad optics for a league comprised predominantly of black men to be sequestered in one location for up to three months merely to entertain the masses and ease the league’s economic burden, sources said.

As I’ve said before, I don’t think any player should be forced to travel to Orlando. While many of the league’s top players have been on board, this needs to be a decision each individual can comfortably make for themselves. The NBA is working toward a provision that would allow players to skip without major consequences, while allowing teams to replace them on the roster. Don’t get me wrong, I’m happy to hear that, but are we really trying to say missed paychecks isn’t considered a major consequence?

If a player doesn’t play, they don’t get paid. I get that. However, I can also clearly see how this puts players in an uncomfortable position. ESPN’s Eric Woodyard shared thoughts from the Indiana Pacers Myles Turner and the Milwaukee Bucks George Hill on the matter, and it portrays well the internal dilemma many of these guys are surely facing:

Bucks guard George Hill also says he’s in shape and ready to play, if necessary, but “there’s bigger issues and bigger things to tackle in life right now than a basketball game, but that’s just my personal opinion.” pic.twitter.com/2Vp913ZrNP

The following quote from Turner is especially prudent: “I’m paid millions to go out there and perform at a high level so part of it is like, ‘man, you’ve got to suck it up and go out there and do what you’re paid to do,’ but the other part of it is like, ‘listen man this basketball shit, I love it, it’s part of what makes me, me, but that’s not all of what makes me, me, either’ and I have a responsibility as a young black professional athlete to advocate for this change.”

On the other end, you have a player like the Brooklyn Nets Garrett Temple, who is a vice president of the NBPA and believes that playing in Orlando might be one of the best ways for the black community to fight systemic racism, and you can read more about his thoughts here.

Point being, whether it’s related to COVID-19 or the ongoing fight against racial injustice, the decision to actually travel to Orlando for this continued season isn’t an easy one for players. Heck, even Chicago Bulls players, who I’m sure are bummed (to an extent) with how their season came to an abrupt end, have questioned the season restart.

Anyway, if the NBA wants to stay on course for a July 30th start date (yes, they bumped it up a day from July 31st), they’ll have to address all player concerns in a timely manner. Bleacher Report’s Taylor Rooks has reported that Nets guard Kyrie Irving plans to hold a conference call later tonight for players to speak out, so perhaps this can help the NBA better understand what the major concerns continue to be.

Adding to Taylor's report: I'm told today's conf call could involve up to 200 players. Also hearing that Kyrie Irving has been a driving force in organizing these calls, and in raising concerns over NBA's bubble plan. https://t.co/0voQafmveO

We have a long way to go before the league is officially back, which means there’s not only enough time to fix things, but also for things to spiral out of control.