We Are 44 Days Away from NBA Basketball ... Supposedly (And Other Bulls Bullets) Skip to content 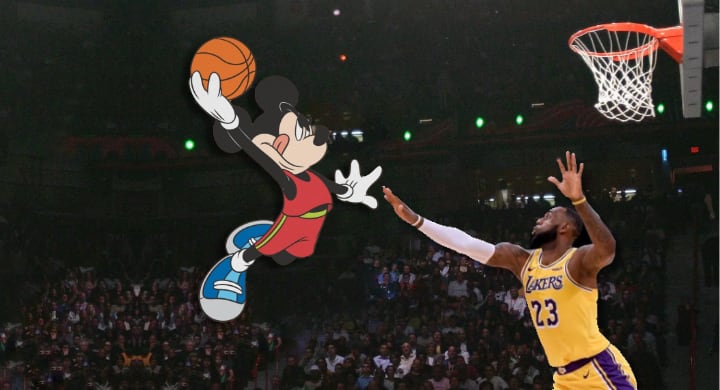 Peanut Butter Toast should be considered among the most elite quick breakfasts.

•   We are supposedly 44 days from NBA basketball. The league still has a number of obstacles that stand between now and actually airing their first game, but as long as the schedule remains intact, we can at least spend some time thinking about who might be named the 2019-20 NBA Champion. Our friends over at NBC Sports Chicago put together their 22-team power rankings for the Orlando Playoffs and have the Milwaukee Bucks (BOOOOOOO), Los Angeles Lakers, and Los Angeles Clippers as the top three teams, respectively. Works for me.

The NBA's current return plan will involve 22 teams assembling in Orlando in July to play out a resolution to its 2019-20 regular season and playoffs.

Here's how the invited squads stack up: https://t.co/cZmX6nKUjV

•   We could spend plenty of time rearranging the remaining 19 teams, but that’s best saved for a rainy day. Not to mention, we have to take into consideration some of the external factors that could impact these bubble teams. While I think the teams like the Bucks and Lakers (as long as they have their star power) will play well regardless of the environment, playoff teams like the Miami Heat or 76ers could see quite the disadvantage.

•   Back in February, I wouldn’t have called anyone crazy for thinking either one of these teams could eventually make a run in the playoffs. However, when we take into account just how dominant both teams have been at home (Miami is 27-5 and Philadelphia is 29-2), a neutral site could prove to be a major setback. I’ve written about this before, but I rarely discredit the mental aspects of the game. Home-court advantage for some teams is vital in their success story, and when you combine that with absolutely no fans in the stands whatsoever, we could see teams struggle.

•   Heck, I wouldn’t be surprised to see any team fail to meet expectations. Everyone is entering an unprecedented style of play after months of missed competition. I know this is why the league has proved basically two months for these players to get ready, but that’s mainly to avoid physical fatigue and injury. I can’t imagine any of this preparation can appropriately prepare them for the environment under which they’re about to perform and the mental confusion they might feel therein. The NBA can try to get these guys ready all they want, but no matter what, things are about to get weird.

•   Some fancy-schmancy algorithm tried to compare current-day players to members of The Last Dance Bulls team … and it was kind of a hot mess. Check it out:

Uh, What the Heck Are These Modern-Day Player Comps for the Last Dance Bulls?https://t.co/j2DD3CN3C7

•   Imagine you’re sitting at the end of the Chicago Bulls bench and the team is down 25 with four minutes to go (not hard to picture, right?). All of a sudden you hear Jim Boylen call your name. It’s finally that time. You stand up, yank at those break-away pants, and begin a light jog toward the scorers table (the one where your arms move far more dramatically than your legs). After passing Jim Boylen and giving him a rapid punch to the nuts, you squat on the baseline until the whistle blows. *whistle blows.* Holy crap, you begin to sweat basketballs as you check into your first-ever (and ONLY) NBA game. After the towel boy cleans up the puddle you left behind, the action begins. Now, let’s safely assume you know this is the only NBA game you’ll ever appear in. What do you do next?

•   I’m sure a lot of us would demand the basketball and go straight for the hoop. But you know what? I think I’d demand the basketball and try to stack up some assists. I mean, hey, I don’t want to take Adam Mokoka’s record from earlier this season (no player has scored 15 points in as little of time as Mokoka did against the Pelicans earlier this season). Instead, I want to create some weird-ass record of my own. I’m going to try to earn the assists on every single basket scored for the remainder of the game. I’m talking a stat line that’s basically 4 minutes, 12 assists, 0 points, and 0 rebounds. Call me The Assistant.

•   When Thaddeus Young speaks, we should all listen.

•   Yet another important step toward making this bubble happen.

Sources: NBA has sent teams a medical history questionnaire for players, coaches, traveling party that physicians will use to determine if members can participate in restart either fully, or restrictions from certain activites, or excused due to pre-existing risk factor(s).

We're partnering with @BMOHarrisBank to create 10,000 face coverings made from Bulls gear.

These will be given to community organizations in the Chicagoland area.