The Orlando Bubble Will Be Full of Legitimately Awesome Amenities ... and a Ton of Player Tampering
Search
Skip to content 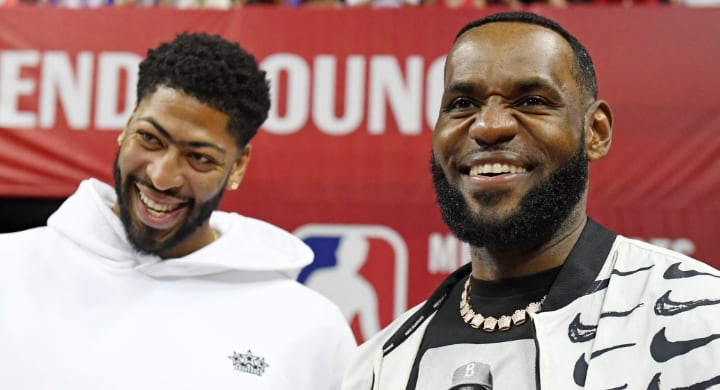 A return to basketball took another relatively big step forward yesterday, once the league office sent out a health and safety memo to each of the 22 participating teams in the Orlando bubble.

While the safety precautions and procedures are clearly the most pressing matter, I think we all can’t help but wonder what daily life will look like on this basketball island. Remembers, some players could be stowed away at Walt Disney World for almost three months, so the NBA must ensure they provide one heck of a comfortable, safe environment.

Well – fear not – according to The Athletic’s Shams Charania, we’re about to see a utopia of sorts.

Per Walt Disney World Sources: Disney will make movies available for players and their families (once they join). This is likely to include movies that have not been released to the general public, including Marvel's Black Widow.

I mean, take out the abundant testing and constant fear of a viral outbreak, and this sounds pretty darn nice.

Of course, the most interesting tidbit on this list though is the fact that players can attend other games. With no fans, this certainly makes all the sense in the world, but that doesn’t mean it’ll feel any less weird. Imagine watching the Wizards play the Magic with only Kyrie Irving chilling in the stands. And we all know he’d just be there to convince Bradley Beal to demand a trade.

Speaking of which, let’s talk about tampering. We’re about to put every single player on the league’s top-22 teams in the same place at the same time. Superstars are going to be a five-minute walk from each other 24 hours a day, seven days a week. If the league thinks they can prevent sneaky conversations from happening, they’re 100 percent wrong. In other words, how many people would be surprised if Ben Simmons expressed a newfound interest in Los Angeles come December? That’s right, absolutely no one.

I know tampering will happen regardless of the situation (and, oftentimes, I don’t even mind it), but this bubble could berth tampering on steroids. And for teams on the outside looking in (eh hem … the Bulls), that probably feels like a kick to the nuts. NBC Sports Chicago’s K.C. Johnson wrote more about this yesterday, and it serves as a good reminder for why Arturas Karnisovas and the Bulls organization likely wanted to participate in the first place.

For a young team and a new front office leader, I’m sure being surrounded by the best-of-the-best organizations/players would have felt like a nice perk … but alas, this what the Bulls get for not putting on a good show.

Oh well, the jokes on the bubble teams anyway. Karnisovas is about to work his magic with the non-bubble crew and convince Steph Curry and Klay Thompson to join the Bulls. Easy peasy.