The More I Think About the Eight-Team Chicago Bubble, the Worse It Sounds (And Other Bulls Bullets) Skip to content 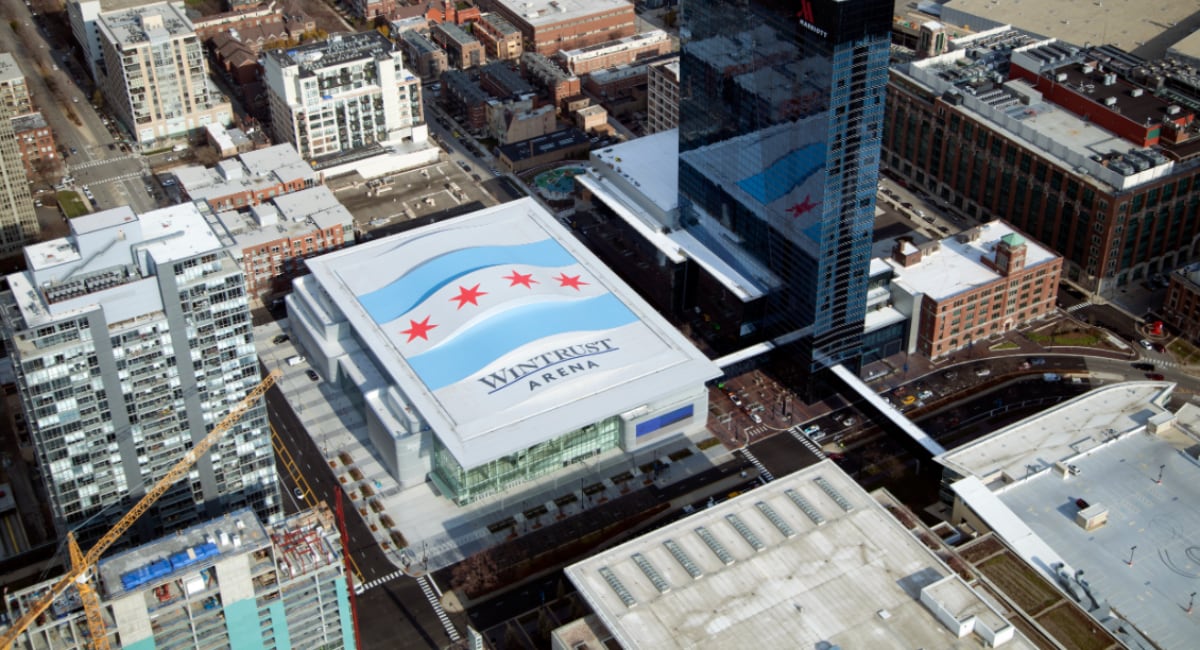 Happy 4th of July Weekend! I hope everyone celebrates in the most patriotic way possible … wearing a mask and protecting all your fellow Americans, duh. Have a good one, and stay safe!

•   Do you want a second bubble? No? Well, the NBA doesn’t care. Yesterday, we found out the league is close to signing off on a new bubble that would house the eight teams not involved in the restart plan. And, according to ESPN, the NBA also believes Chicago could work best as the host site. I’ll almost never turn down an idea that includes Chicago hosting a bunch of NBA games, but when it’s in the middle of a pandemic and those games aren’t met with any real incentive … I can’t really be all that excited. The more I think about it, the more unnecessary it tends to feel. I completely understand if teams want to organize individual mini-training camps on their own terms (although remember, the NBA will reportedly not allow mandatory OTA’s), but exhibition games in the middle of September carry no real weight.

•   The Athletic’s Darnell Mayberry described why this gesture could prove to be hallow, especially for the Bulls: “You could go down the Bulls’ roster and find that virtually every veteran has a legitimate reason to take a hard pass on this idea. Zach LaVine is an All-Star caliber player who doesn’t need the reps. Otto Porter Jr. is another established, high-level performer, one who is entering the final year of his contract after missing almost an entire season due to a foot injury. Thaddeus Young is 32. Lauri Markkanen is eligible for a lucrative contract extension this offseason. Wendell Carter Jr. already is a cornerstone. Kris Dunn and Denzel Valentine are entering contract years.”

•   The “competitive disadvantage” teams are worried about (including the Bulls) isn’t going to go away because some bench players and G-Leaguers battle at Wintrust Arena. And for a team like Chicago, the only reason this would carry any value would be so Arturas Karnisovas could legitimately evaluate his roster in a competitive environment. However, that couldn’t be done if half of the Bulls players decided to opt-out. At the end of the day, the only reasons to be excited about a second bubble for the Bulls would be the following: (1) At least it’s live basketball, and (2) if Boylen is still leading the team, maybe the Bulls suck so hard that Karnisovas officially fires him in the middle of a game.

If the Orlando bubble fails and the Chicago bubble stays solid, is there a chance #Bulls could be #NBA champs. Need an answer Adam Silver.

•   The Los Angeles Clippers are yet another team to shutdown practice facilities after a positive test. Yet still, as we saw with the Denver Nuggets and Brooklyn Nets, facilities could open back up soon.

We have our first peek into what the NBA's Orlando bubble will look like https://t.co/uo1xl6euUN

Coby White flashed the makings of a good secondary scorer in his rookie season, with impressive pull-up jumpers and space creation skills.

He shot 37.9% on pull-up 3s from Dec. 15 onward and ranked in the 59th percentile off the dribble overall: pic.twitter.com/jll865FIZb

•   Coby White’s ability to create some extra space is what really stands out in the video below. His step-back is already pretty clean, and the way he can just stop on a dime is very impressive. I’m glad we saw his shooting numbers hike-up toward the end of this season, but I don’t want that to take away from the fact that he should be encouraged to get to the rim. The guy has tremendous speed and solid balance, and I hope a revamped player development squad can channel those skills to turn him into a consistent driving threat (one that can also more frequently get to the free-throw line).

•   If I worked at SNL in 1991, I’d try to write myself into every single sketch on the show (also, Jordan’s monologue outfit was fire).

In September of 1991, Michael Jordan hosted the Season 17 premiere of Saturday Night Live.

We put together an oral history of that iconic appearance: https://t.co/tMCuAeTJA9 pic.twitter.com/jHTBHxHvbI

•   Please basketball gods, give us a fully healthy season of WCJ.

Makur Maker, the No. 16 player in the ESPN 100, has announced that he will be attending Howard University in the fall.

He is the first five-star recruit to commit to an HBCU since ESPN started ranking prospects in 2007.https://t.co/aMxDXWAvPW