Facing an Aged Jordan One-on-One, Appreciating Gasol's Time in Chicago, Inside the Dystopian Bubble, and Other Bulls Bullets Skip to content 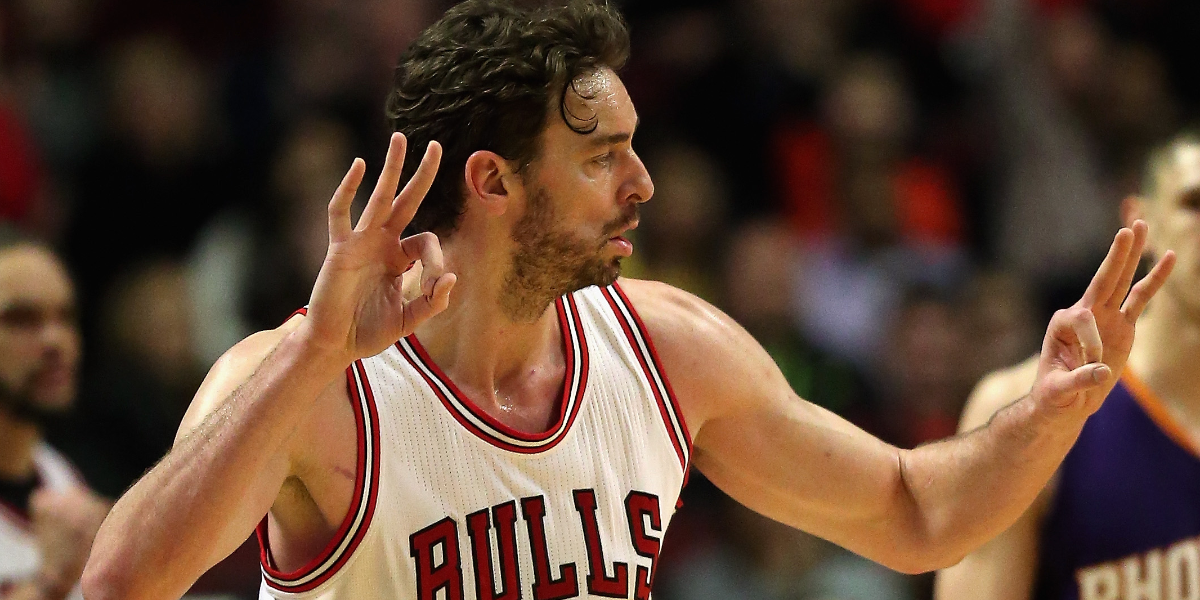 Bought a tiny cactus on Saturday, so I guess you could say it was a big weekend.

•   Here is something stupid to think about on your Monday: Could a 57-year-old Jordan beat any current NBA player in a game of 1 v. 1. I know he’d never be favorited, but I have to imagine there would be a matchup or two where we’d be intrigued enough to bet on the underdog (*cough* him against Cristiano Felicio *cough*). Jordan has to have a pretty solid old-man game. Like, I don’t expect him to beat anyone off the dribble right now or bully anyone underneath the basket, but that fadeaway is still probably pretty clean, right? Defense can be suspect in 1 v. 1 anyone. Although with that said, if an almost 60-year-old beat you, I’m pretty sure you’d be out of the NBA in a heartbeat, so I doubt anyone would accept this challenge casually.

•   I found myself watching some old Pau Gasol film yesterday, and I feel like we tend to forget how well he played in Chicago. With the team for Thibs’ last season and Hoiberg’s first, Gasol found himself in a rather forgettable situation but was arguably still the team’s second-best player – second in VORP (3.7) and WS (10.4) both seasons behind Jimmy Butler.

•   I’m not saying Gasol receives too much – or really, any – disrespect from Bulls fans; I just think he would be a much more appreciated figure if he were on the team at a different time. For example, it’s interesting to see how Nate Robinson (whom I love) is discussed compared to Gasol.

Came across this great pass from Gasol again.

•   Gasol’s time in Chicago pretty much ended up as his last hoorah in the NBA, as his health and general effectiveness started to decline in San Antonio.

•   Speaking of Robinson, he’s currently playing in The 5 tournament for team Chicago. Want to watch it? Well, for some reason, you’ll have to pay for it.

Some fancy ball handling and sharp shooting from @nate_robinson to lift Chicago (75) over New York(64). Tune back in on Tuesday @ 7pm ET for more 5 tournament action! @The5Tournament pic.twitter.com/F3d402bkNL

•   The following image makes me uncomfortable.

•   Also, if I’ve learned anything from Gulliver’s Travels, it’s that you can’t just mess with ultra-tiny humans. Unless Isaiah Thomas had no moral compass and wanted to step on all of them, I bet a team of five three-inch tall NBA players could take him down. They’d use some floss to trip him or maybe a toothpick to javelin themselves up to his torso and then crawl under his jersey to tickle him. Sure, scoring the actual basketball would be extremely difficult, but they’ll cross that bridge when they get there.

•   If all things bubble are fascinating to you too, give this a read:

It’s been three weeks since arriving inside the bubble for NBA’s Disney restart. As one of only two media members allowed in weeks before anyone else, I’ve seen it all. I detail my unique experience for @YahooSports. https://t.co/j2SfYcEE6s pic.twitter.com/WiZxYyBtC3

•   I guess that’s good? This is one of those things that I totally understand why it’s being used but also must make the bubble kind of feel like a weird dystopia.

These six-feet-apart sensors do indeed chirp loudly at the NBA Bubble. On our way to the first practice we will cover here, @townbrad and I have to sit way apart on a mostly empty bus to keep them from beeping …

•   Rodman was on a team of jerks here … but – WOW – this is quite an impressive sequence.

Having @lcm1986 on the pod was fun. Talking Bears present and past and some good quality Simpsons talk at the end ⬇️ https://t.co/x4RT5J4Dk7