A Good Coach Matters, Worst FA Signing of the Decade, Nets Doing Well, and Other Bulls Bullets Skip to content 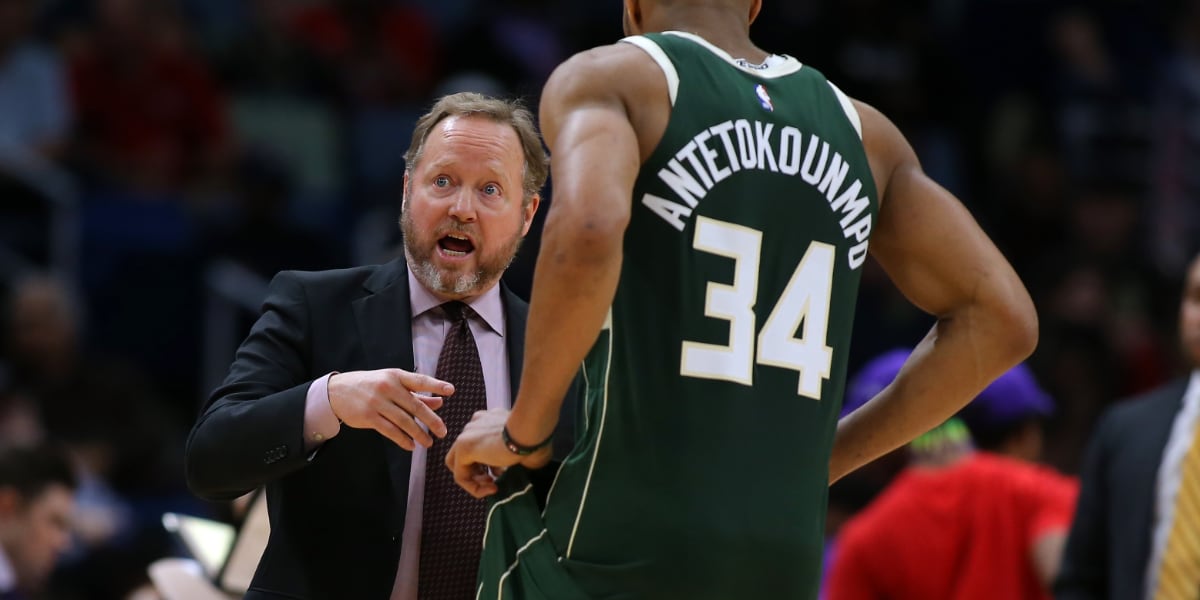 Pretend you had a classroom filled with the best and brightest students – ones who do their homework, ask questions, study, and ace exams. Now, instead of a teacher, imagine every single day they sit there staring at a dog in a tie. And I’m not talking about some Air Bud quality dog that would somehow become an award-winning teacher. I’m talking about a slobbering, sleepy pug. While adorable, I’m going to have to imagine that when these students are tested and compared to other classes with more equipped teachers, they’ll no longer be the “best and the brightest.” The same goes for an NBA team.

A roster can’t reach its full potential without proper guidance. I mean, sure, the talent might be enough to keep things somewhat competitive, but at some point, a team will hit a wall. The teacher needs to be there to hand out assignments, help prepare for the test, and oversee the entire operation.

For example, we can say the Bucks are the best team in the league because they have Giannis Antetokounmpo, but do you think that’d still be the case if Jim Boylen was on the sideline? They probably still make the playoffs as a top-seed, but I’m not prepared to say they’d be No. 1. In other words, Mike Budenholzer won coach of the year for a reason.

•   We’ve seen some version of this story play out with Don Chaney to Rudy Tomjanovich, Rick Carlisle to Larry Brown, Mark Jackson to Steve Kerr, David Blatt to Tyronne Lue, and Dwane Casey to Nick Nurse. And all of those are just some championship examples. Of course, we all know this happens on a much smaller scale all the time. Coaches can act as a bridge to another level of success – Skiles to Del Negro to Thibodeau. The Chicago Bulls need to realize that it’s time to take things to the next level. I guess they thought they were doing that when they fired Hoiberg, but it’s become clear that Boylen isn’t a sturdy bridge. To salvage the young talent the Bulls have, this new front office must find a new leader. Learn from all these other teams in the past and realize it’s not the curriculum, it’s the teacher.

I can just picture it next season if the Bulls are bad again under Boylen: “When they didn’t let us in the bubble…”

•   Guys, chill. While I want more Coby White and Zach LaVine in my life right now, the Bulls shouldn’t be in the bubble.

criminey, did you guys get marching orders? pic.twitter.com/Hb6FYgEPkq

•   Any hope for a second bubble seems to be dead. The Athletic reported yesterday that there appears to be too many hurdles for the NBA to overcome. Not to mention, the lack of any clear incentive to have the players on the Delete Eight teams to take the court. The only hope now for these organizations would be that the NBA allows an extra training camp of some kind over the next couple of months.

It Sounds Like the Second Bubble Idea Is Not Happening, So What Now for the Bulls?https://t.co/k7we7fKJGG

•   Uh, the ragtag Brooklyn Nets are doing oddly well in the bubble.

Good morning: Jacque Vaughn is 4-1, and his team has beaten both the Lakers and Bucks. https://t.co/tMOcszaD2z

•   Coby White is going to represent Chicago so well.

The hour-long discussion will center on race, gender, mental health and wellness, and the power of young athletes to drive change.

The Answer has love for the greats of this generation ✊ pic.twitter.com/12nvA6UlMt