Are the Winds Shifting on Boylen? Does the Roster Match Karnisovas' Philosophy? And Other Bulls Bullets Skip to content 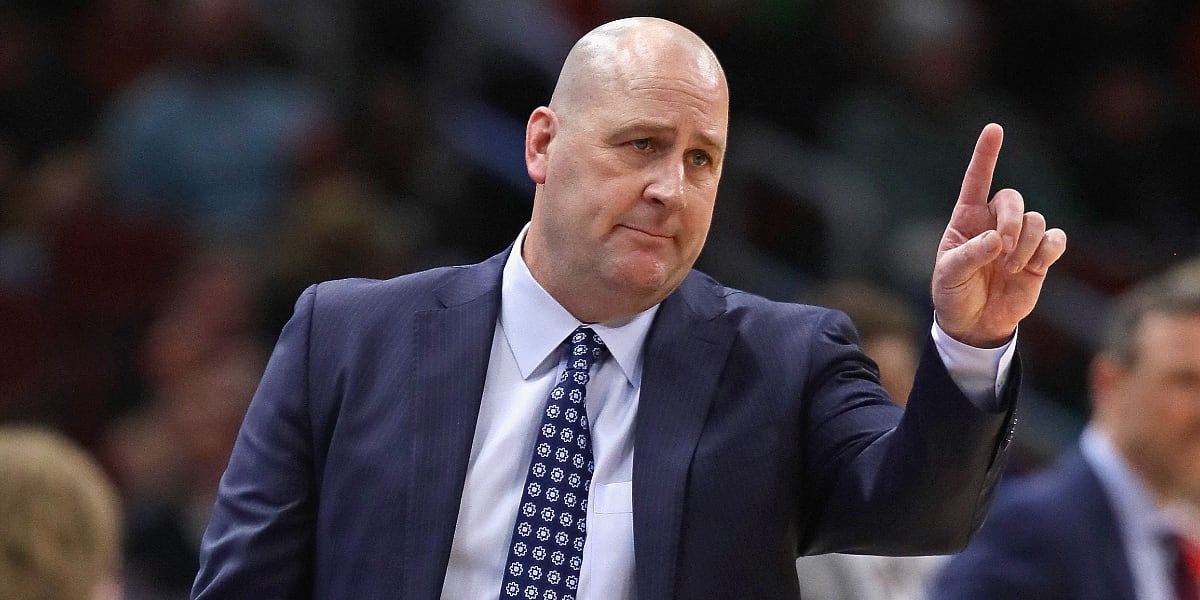 Can someone tell me why I ignored cold brew coffee for so long?

•   Dun dun dun (that’s the sound my phone makes whenever new content about Jim Boylen is published online). NBC Sports Chicago’s K.C. Johnson wrote a lot of words on the Bulls coaching situation in his latest mailbag, but that doesn’t mean a lot has changed. In short, the evaluation period is ongoing and Johnson envisions a world where Boylen returns as head coach next season, which is all information we basically knew. Still, I encourage you to read through the whole mailbag because it’s probably the most concise update we have thus far.

•   I will say this, though: Johnson’s tone reads a tad different today. Perhaps it’s the medium – oftentimes other news came via appearances on the Bulls Talk Podcast or 670 The Score – but the entire mailbag reads in a sort of “who knows what can happen” way, in my opinion. While he pushes a narrative that pinpoints 2021 as the real offseason of change, there seems to be a lingering sense that the current direction is unknown. Johnson references the amount of time this front office still has to make decisions multiple times (which, for what it’s worth, is something Stacey King mentioned, as well). Decisions could still be made in some capacity this offseason or they could be made after a full season of evaluation by this front office. The plan is very much unclear, and that’s why I’d love at least some public comment from Arturas Karnisovas and Marc Eversley. I don’t care if it’s what I want to hear or not, I just want a better idea of what to expect from here on out.

•   Another interesting comment Johnson made in the mailbag: “In fact, very few players currently on the roster fit the description of the type of players that Karnisovas values most, based on his own words.” Karnisovas has said in the past he prefers high pace, high IQ players. The guy wants a pass-happy teams with a lot of ball movement. While I agree that doesn’t fit this team’s current offense model, I wouldn’t be so quick to say it doesn’t fit this personnel. Not only is Coby White a high-speed player with decent court vision (he’s drawn some comparisons to the Nuggets Jamal Murray, funny enough), but Lauri Markkanen and Wendell Carter Jr. are both good passing big men. To be clear, this isn’t me trying to say anyone on this roster should be untouchable (they shouldn’t). I’m simply pointing out that I think Karnisovas’ style of play could actually work well with some of the pieces already in place. And if that is indeed the case, then he could have less work to do when it comes to reinventing the roster.

•   In other news, the NBA has released information about the kinds of guests that can be allowed inside the NBA bubble after the first round of the playoffs.

Players will be allowed to bring in family and "established longstanding personal friends," into The Bubble, per memo shared with teams today.

•   Credit to the NBA, they never fail to have their players best interest at heart. Girlfriend!? Whoa, we’re just established longstanding personal friends!

Here's who isn't eligible to come into The Bubble as a guest, per memo: "Any individual the player has not previously met in person or with whom the player has had limited in-person interactions. (For example)… known by the player only through social media or an intermediary."

•   Translation: No, you can not invite that person thirst trappin’ you in on IG … or that one … or that one.

•   Lillard is easily on my list of top-5 favorite current NBA players. For years, I’ve said this guy deserves to win an MVP at least once in his career based on how he carries that Portland Trail Blazers team night in and night out. Also, as we tweeted last night, I think Lillard might be the closest thing the NBA has to the Michael Jordan “I took it personally” mentality. I saw a couple of people drop Jimmy Butler and Russell Westbrook in the comments, but I think Lillard takes the cake. I don’t think either player can savagely put up buckets out of pure rage like Lillard can. Pat Beverley and Marcus Morris laughed at him for missing free throws at the end of the Clippers-Blazers game on Saturday. On Sunday he drops 51 on the 76ers while going 15-16 from the line. Skip Bayless says on Monday he “isn’t buying Dame Time.” On Tuesday, Lillard drops 22 points in the 4th quarter (for a total of 61 points) in a ridiculously clutch 134-131 win over the Mavericks. As he kindly reminded everyone last night, we should respect him:

“PUT SOME RESPECT ON MY F**KING NAME.” pic.twitter.com/OsnZrnODLB

When Lauri drained it from the 'I' of the United Center logo.@MarkkanenLauri pic.twitter.com/gSbJoGHpbg