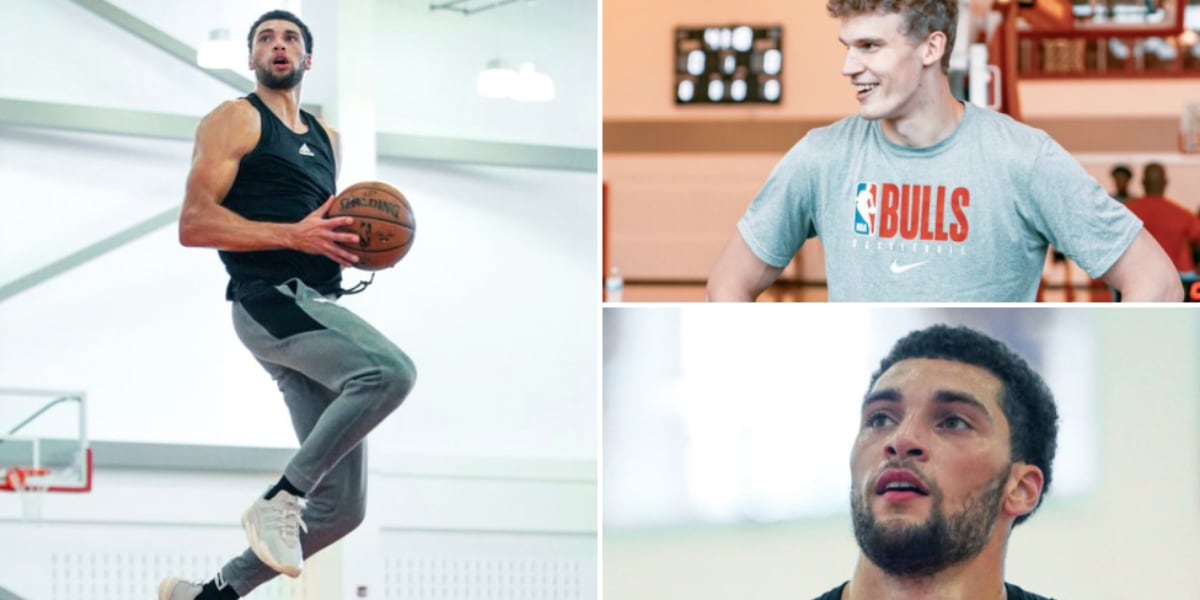 I did a new arm workout yesterday and I may or may not be able to lift my cup of coffee. #Gains #NeverStopGrinding #IWantMyCoffeeAndLessPainTho

•   Happy birthday to the greatest coach on earth.

Happy 75th to the man from Montana! Appreciate you so much, @PhilJackson11. #ZenMaster

•   Hey Siri, play the Boys are Back in Town. In four days – for the first time since freakin’ March – the Chicago Bulls will be able to take the court together. According to Coby White, the team is expected to have everybody in attendance for the two-week voluntary workouts that will take place at the Advocate Center. If a new head coach isn’t named over the next few days, the plan will be for assistants coach Chris Fleming and Roy Rogers to lead the team through drills and scrimmages. Unless the Bulls are pulling our peaches, Zach LaVine and Lauri Markkanen are already both in-market and grinding away. Markkanen has reportedly been a frequent visitor of the Bulls facilities over the last couple of months, while LaVine has spent most of his time at home in Washington state.

•   Most likely, nothing too juicy will come out of these workouts – especially if they aren’t led by a new head coach – but it’ll feel somewhat comforting to simply see some photos and videos of the gang back together again. I have to imagine this training camp (of sorts) will generate more intangible benefits than anything else. For example, it’s a great opportunity for this group to build some additional chemistry. With so much young talent and a change of system likely coming, the more these guys can better understand each other’s game, the easier the upcoming adjustment should be. Additionally, this should be arguably the most valuable stint Arturas Karnisovas and Marc Eversley have had since taking over this team. Other than in an individual setting, the new front office leaders have not been able to truly evaluate their current roster. Some live scrimmages and drills should give them a much better idea of what they’re working with and how fast they can fix it. Also, if a coaching decision still looms, this environment could help them determine who is the right person for the job. Remember, both Karnisovas and Eversley have tabbed themselves as gym junkies, so it’s very likely they’re about to do some of their best work yet.

Turn on any Bulls game and watch only Wendell the entire time. Defensively, his rotations, fluidity, plays like this, will all wow you. Especially with how much was asked of him this year re: blitzing. Don’t buy the dip in raw block numbers https://t.co/gZCoqxnoNy

•   Saying a player does a lot of great things that don’t show up on the stat sheet is like telling someone “you have a great personality.” Oftentimes, that can feel a bit insincere, but the fact of the matter is it’s a pretty nice compliment. Looks – or rather what shows up in the stat sheet – aren’t everything. NBC Sports Chicago’s Rob Schaefer is 100 percent correct when he alludes to how impressive it is to watch Carter Jr. on the defensive end. I know many fans have expressed frustration in his inability to stay healthy and his lack of a role on the offensive end (which isn’t entirely his fault, by the way), but there is a reason why he is viewed around the league as a Rising Star. The guy possesses a great balance of natural instinct and basketball IQ. He rotates beautifully and can guard along the perimeter very well for a guy his size. In general, the guy is due for a breakout campaign, and a new head coach should help him accomplish just that.

•   What will the mantra be at these individual workouts? Get better. Simple as that. As the Bulls look ahead to the 2020-21 campaign, there will be no playoff expectation, and that’s the right approach.