The NBA Needs More Time, Group Workouts Are Back, Valentine's Future, and Other Bulls Bullets Skip to content 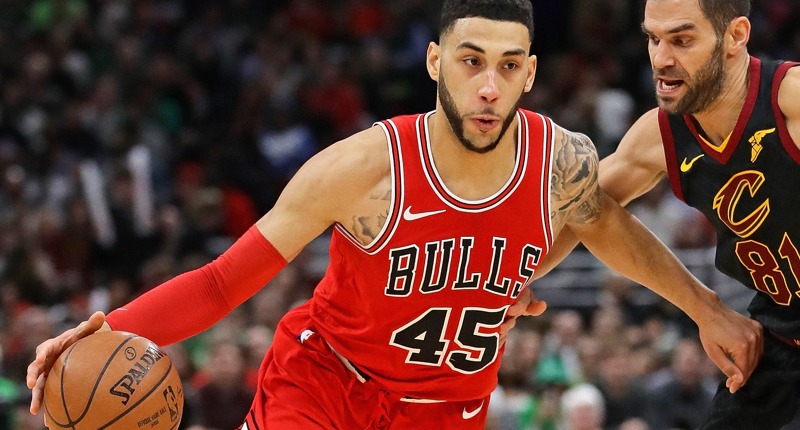 If you see a man dressed in a hazmat suit, that might be me! My outfit and the holiday are entirely unrelated, though. That just happens to be what I wear nowadays.

•   In a not-so-shocking turn of events, the NBA needs more time. While there was a tiny bit of optimism around the idea that the league could present a plan for next season as soon as Friday, ESPN’s Adrian Wojnarowski reported last night that the league has decided to further extend the deadline to serve notice on terminating the CBA. I see this wording frequently trip people up, but just take it as meaning the NBA and NBPA haven’t yet agreed on key parameters like a salary cap, free agency date, schedule, and so on. The new date to, hopefully, have some agreed-upon news is November 6th, which tells us that Adam Silver and Co. still plan to give basketball fans an answer soon.

ESPN Sources: For fourth time, NBA and NBPA agree to extend deadline to serve notice on terminating the Collective Bargaining Agreement. Extension goes to Nov. 6 now, which allows additional time for talks on CBA modifications. Discussions are ongoing this weekend.

•   I got to be honest, I still have no idea who is going to budge. The NBPA is pushing for a mid-January start, which would only be a couple of weeks after what the NBA is proposing, but it would also potentially cost the league $500+ million. The NBA is already facing a rather significant financial loss from the 2019-20 season and is only bound to lose more money in 2020-21. Many players sacrificed a lot to participate in the bubble, so I totally understand the desire/need for some kind of normal offseason. At the same time, I understand where the league is coming from. The more money made now, the less damage there is later.

NBPA statement to @TheAthleticNBA @Stadium on collective bargaining agreement talks with the NBA, which are now extended to Nov. 6 deadline for opt-out: “We are confident we will get there.” pic.twitter.com/WougIryk8V

•   One thing that might tell us negotiations are leaning toward a December start was the league’s decision to officially open practice facilities for group workouts. The Bulls can now have up to 10 players in the Advocate Center at the same time. Unlike before, these guys can finally run 5-on-5 action. Of course, everyone who comes in and out of the facility will have to administer a negative COVID test.

The NBA Will Reportedly Allow Teams to Open Facilities for Group Workouts, Which Is Especially Good News for the Bullshttps://t.co/5xO6gRmeDL

•   I want to go back to K.C. Johnson’s latest mailbag – which he published the other day over at NBC Sports Chicago – for a bullet or two. Earlier this week we talked about the possibility of LaMelo Ball falling to the Bulls at No. 4. One of the most polarizing players in the draft, there is certainly a world where we see the sometimes-projected No. 1-overall pick tumble down the draft board. With that said, Johnson wrote that the Bulls believe it would take a trade up into the top-3 to land Ball. He also said that moving up would also cost the Bulls someone like Wendell Carter Jr. or Lauri Markkanen. Unless you’re a hardcore LaMelo truthers, I think we can almost all agree that’s not a price worth paying. No one in this draft is worth sacrificing a current young piece, in my opinion.

•   Another point Johnson made that I found rather interesting had to do with Kris Dunn’s qualifying offer. With Coby White, Tomas Satorasnky, and Ryan Arcidiacono under contract – and rumored plans to add a true-facilitator this offseason – Johnson doesn’t believe Dunn has a future in Chicago. Instead, he thinks the Bulls will extend a qualifying offer to Denzel Valentine … *Bulls fans groan.*

•   Valentine hasn’t grown on the fan base over the last several seasons, whereas Dunn flashed some elite defensive abilities in 2019-20, but the move would make plenty of sense. Not only is Valentine one of the team’s better 3-point shooters, but his passing chops have been widely praised. The question is whether or not he can stay healthy enough to become a legitimately impactful rotation player. Although, health is also a concern with someone like Dunn, and Valentine will cost the Bulls less to keep around. I’d love to have a defensive specialist on the roster, but sometimes that’s considered a luxury. Chicago is just not ready to prioritize something like that.