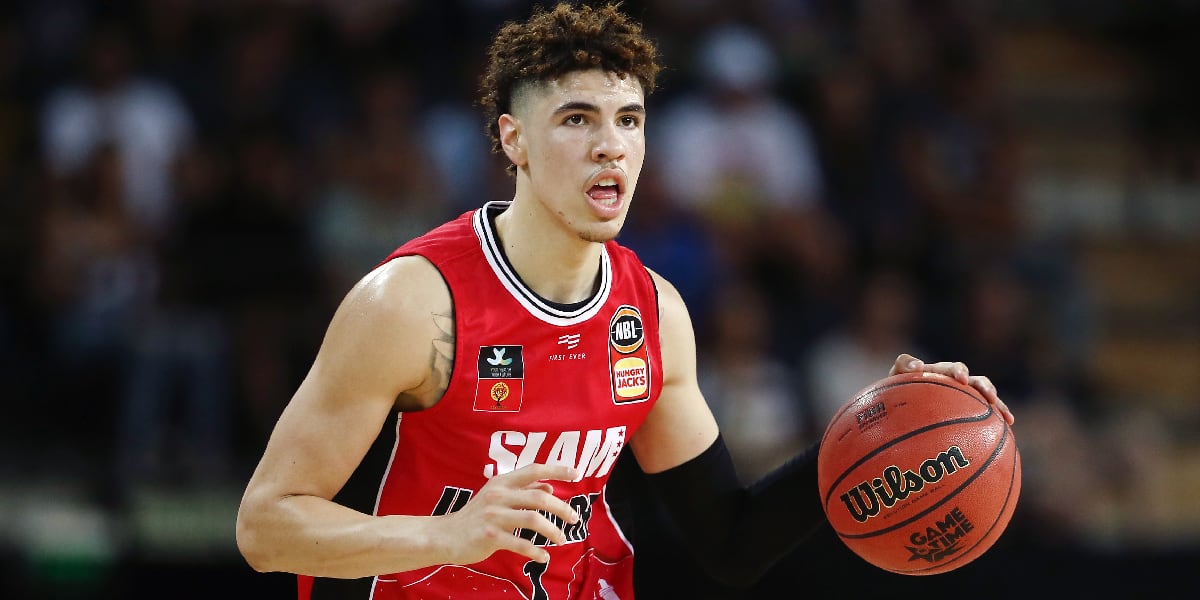 NBA Draft rumors are about as trustworthy as an angsty 12-year-old. My girlfriend’s name? Oh, you wouldn’t know her. She goes to a private school for models in Canada.

Everyone has something to gain from sending up a smokescreen or two (or 15) during the pre-draft process. It’s annoying, but it’s part of the game. And since it’s hard to decipher what’s real and what’s fake, we kind of have to take everything into consideration over the next couple of weeks. Mock drafts will be plentiful up until draft day, and sometimes those can tell us a tiny bit about insider conversations around the league, especially those that come from well-connected sources like The Ringer’s Kevin O’Connor.

LaMelo Ball to the Bulls?

In his most recent mock draft, O’Connor sends popular prospect LaMelo Ball to the Bulls’ lap. While this isn’t the first time we’ve seen someone connect Ball to the Bulls, it is one of the most recent and most notable. This could be O’Connor simply trying to get creative or it could be him making an educated guess. It’s hard to say.

Arguably the most naturally gifted of the Ball brothers, many believe LaMelo could be a future All-Star. He is the draft’s best passer and one hell of a flashy finisher. On top of that, the guy offers elite size at the point guard position (6’7″ with 6’10” wingspan). The problem is he might as well be one of the most raw and unpredictable prospects on the board. Opting to play in Lithuania and Australia as opposed to college, it’s hard to judge the strength of Ball’s competition. I’d also say it certainly doesn’t help that Ball has not received a lot of praise as a teammate. But I digress – a team like Chicago can’t focus on a player’s weaknesses, especially one with Ball’s potential.

Searching for a Playmaker

O’Connor’s choice to peg the Bulls as a possible home for LaMelo Ball makes plenty of sense. Other than the team’s clear lack of talent at the wing, they’re also in desperate need of a true facilitator. In fact, according to O’Connor, this is the area that teams around the league expect the Bulls to fix on draft night, and that’s likely why we see Ball at No. 4 in this freshly brewed mock draft.

League sources say the Bulls are likely targeting a lead playmaker in the draft, which is why last week’s mock had them taking Killian Hayes. But LaMelo is the most talented passer in this class and is a tempting pick, although one that would immediately raise questions about Zach LaVine and Coby White’s futures in Chicago.

But this begs the questions … Are the Bulls really interested in a lead facilitator, or are they just making rival teams think that way? For what it’s worth, Bleacher Report’s Jonathan Wasserman wrote something similar to O’Connor recently, saying that if the Bulls can not acquire Deni Avdija at No. 4, they would seek out guard Tyrese Haliburton.

Arturas Karnisovas was clear about his intention to pick the best player available from the start. Karnisovas may perceive one of Ball, Haliburton, or Killian Hayes to be that player. However, it’s also possible teams think Chicago has an interest in these three players because of the obvious need.

“Likely targeting a lead playmaker” just doesn’t sound like this new front office, in my opinion. Again, I could very well see him drafting one, but it would be due to the fact that this player was the best overall prospect left on the draft board. In the case of Ball falling to No. 4, that could very well be the right choice. Similar to the case of trading down and selecting someone like Hayes or Haliburton.

I guess what I’m trying to say is, the Bulls draft night plans probably don’t (shouldn’t?) depend on a specific player or position. Not only is it hard to fall in love with any specific player in this draft class, but this isn’t the time for the Bulls to be picky. What Chicago truly needs isn’t a wing or a point guard, it’s talent. I expect that’s the mindset Karnisovas has as he looks ahead to November 18th.