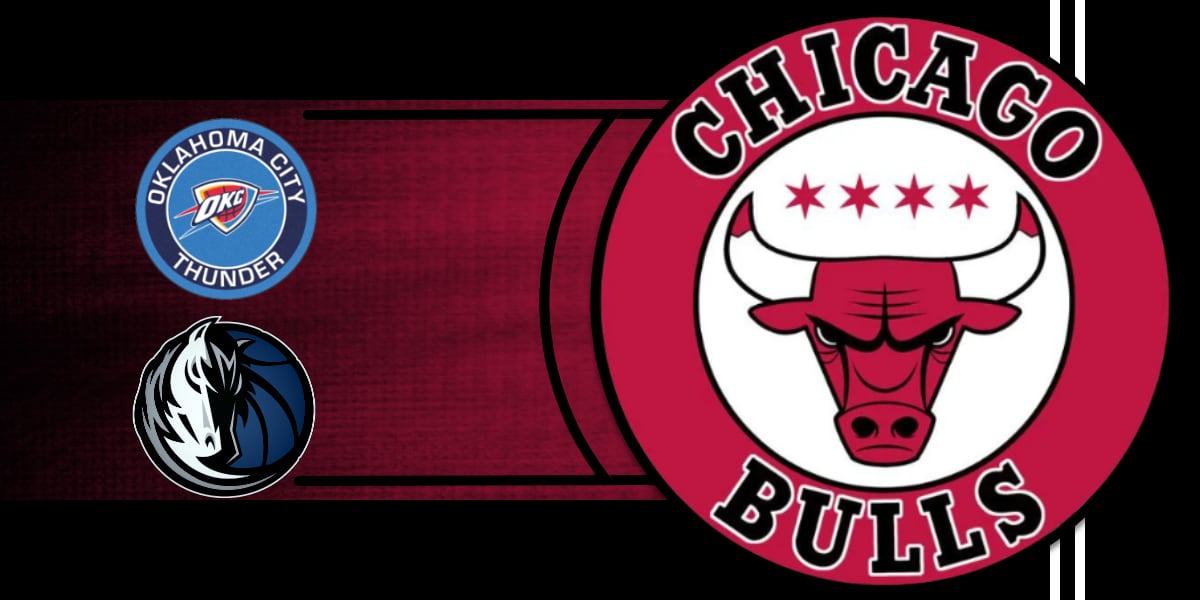 The Bulls will start their workweek a bit late after their Tuesday night matchup against the Boston Celtics was canceled due to the Celtics’ issues with COVID-19.

•   Oklahoma City Thunder (5-6): Howdy Billy, how’s the new home? Crazy how we are blowing it all up but still have a better record than your chumps. Take that *spits into spittoon because it’s Oklahoma.*

•   Dallas Mavericks (6-4): You may have gotten us the first time, but we’re back and better than ever, Bulls! Well … that is if you ignore the whole multiple players testing positive for COVID thing.

Additional Roster Notes: Lauri Markkanen and Ryan Arcidiacono have both returned to normal team activities. While it’s unclear exactly how head coach Billy Donovan will handle his minutes after missing seven-straight games, I think it can be expected that Markkanen will re-enter the starting lineup tonight. As for Arcidiacono, it does not feel as if he will be a steady part of the rotation this season with a fully healthy roster, but he should play a role over the next couple of games as second unit point guard Tomas Satoransky remains sidelined. Meanwhile, a “not with team” listing for Dotson and Kornet is somewhat concerning. Each absence may not hurt the team’s gameplan, as neither have gotten really any playing time this season, but it does make you question whether or not more health and safety concerns arose.

For more on the Bulls injury status, check out yesterday’s update.

Bulls: Lauri Markkanen, Lauri Markkanen, and Lauri Markkanen. Before missing the last seven games, Markkanen arguably looked like the team’s best player. In his four games played thus far, he has averaged 17.3 points and 6.8 rebounds, shooting 50.0 percent from the field and 47.8 percent from downtown. His game has looked far more versatile under Billy Donovan’s new offense, and he started the year playing each game considerably more confident than he looked in any game last season. But did this extended absence kill his momentum? Not to mention, the Bulls offense has looked like one of the best in the league during his absence, so will Markkanen’s return only make them better or negatively impact this newfound chemistry? How he and the team looks over the next couple of games will be a big storyline to follow.

Can the Bulls Avoid Another Adjustment Period as Key Players Return?https://t.co/NgnBJZZaRq

Thunder: Wendell Carter Jr. needs to outplay his most notorious pro-comparison. While I know it may have only been the preseason, Al Horford tore up the Bulls when on the court. Carter Jr. has played some of his best basketball of the season as of late, looking noticeably more aggressive and comfortable in the team’s new offensive scheme. However, the team will need him to do what he does best on Friday night and play some savvy defense. Horford has not been anything special this season, but his success (on both ends) is a common denominator in OKC victories this season.

Mavericks: The Dallas Mavericks have suffered from a recent string of COVID-19 related problems, which forced the league to postpone Monday night’s contest against the New Orleans Pelicans. The team now continues to be without a handful of important starters and role players, but do still have their two-star players – Kristaps Prozingis and Luka Doncic – available. The last time these two teams faced off, the situation was practically the opposite. Doncic and Prozingis were the ones sidelined, while the Mavericks leaned on players like Brunson and Richardson to carry the team. The Bulls pulled off the solid 118-108 victory, but that will surely be a lot harder to do on Sunday, despite the team’s lack of depth. If the Bulls want to pull off the W, they will need their bench to take full advantage of the moments Doncic and Prozingis are not on the floor.