Are the Bulls in on the Lonzo Ball Sweepstakes? | Bleacher Nation Skip to content 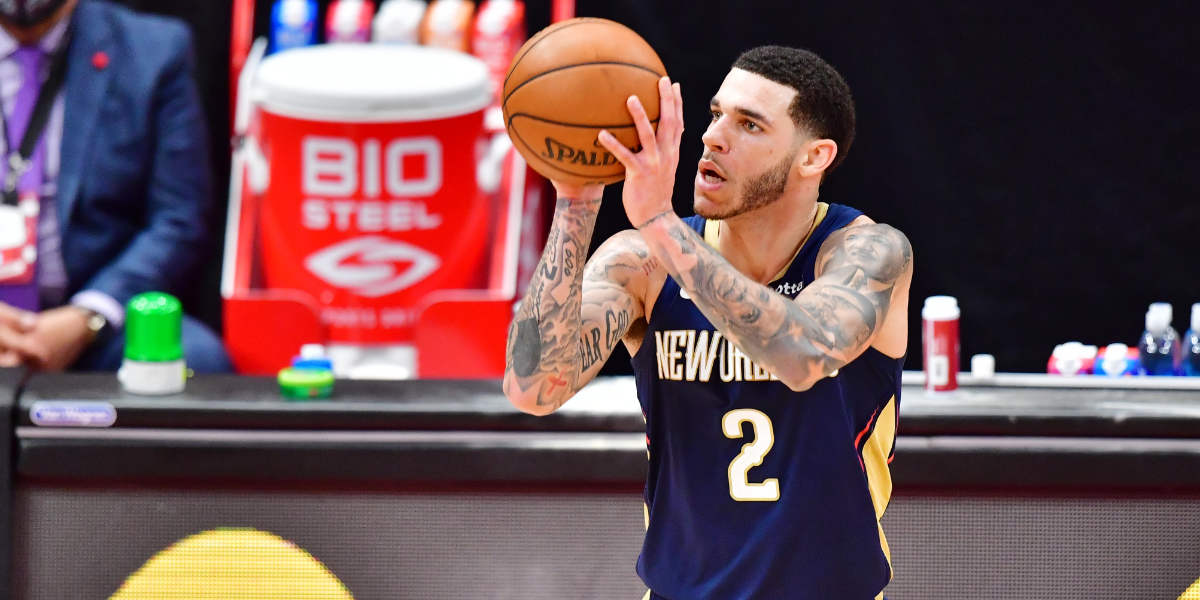 On Tuesday, The Athletic’s Shams Charania reported that the New Orleans Pelicans are willing to discuss possible trades for point guard Lonzo Ball. Charania did not share the name of any interested parties (although, several have apparently called the organization thus far), but it did not take long for the Bulls to be thrown into the conversation.

Not only did fans immediately begin to speculate the Bulls’ fit, but Brandon ‘Scoop B’ Robinson did share that the Bulls are interested in Ball’s services. How much we should read into this one report, along with the Bulls’ interest level, is up for debate. But there is no ignoring that the organization has now been dragged into this trade rumor, which means there is no denying that it is time to talk about it.

First things first, Ball is a polarizing player. People either love his upside or already view him as a big-time draft bust. For what it’s worth, I probably sit somewhere in the middle of that spectrum. I still think he has the passing chops and defensive mindset to be a serviceable lead guard, but I also think his jump shot and turnover trouble could hold him back for his entire career. In other words, no team should be strictly built around Ball any time soon. Sure, it’s still possible he can become the star many once thought he would be, but it’s too risky to bet on that right now. And with that being the case, we should value Ball based on what he has done lately, which … uh … is not great.

Ball is currently averaging 12.0 points, 4.7 assists, and 3.8 rebounds per game. He is shooting 38.9 percent from the field, 29.1 percent from behind the arc, and 58.3 percent from the free-throw line. Other than what appears to be a flukey 2019-20 campaign with a 37.5 percent 3-point percentage, Ball has yet to prove he can shoot effectively at the NBA level.

Now, that doesn’t mean he can not or will not be an effective player. He has great positional size and a good ability to get to the basket. I also think his all-around offensive play could improve in a most fast-paced offense like the one we see in Chicago. His true value, though, rests within his court vision. With 7.0 assists per game last season, Ball demonstrated a level of facilitating any team would like to have, especially a team like the Bulls. The problem though is that Ball has taken a pretty big step backward in that category this season. His AST% is currently 20.9 percent (57th percentile) compared to 29.0 percent last season (89th percentile). So if he isn’t even doing what he does best, how much should a team invest? I’m a poet and I don’t even … think I realized it until now.

Someone is going to have to answer that question, and it appears as if the Pelicans do not want to be that someone. After failing to reach a contract extension this offseason, Ball is headed toward restricted free agency, which is certainly a fact any team interested in trading for him would have to consider. An organization like the Bulls would not plan to give up assets for less than one full season of Ball. Put differently, a trade would most likely mean Arturas Karnisovas is willing to match potential offer sheets for Ball this summer.

Ok, but enough of this chatter, let’s talk about what a deal would look like. I posed this question on Twitter, and it’s clear that people perceive Ball’s value VERY differently. Again, look at his recent stats, the Pelicans are not about to get some magnificent haul for Ball. Lauri Markkanen for Ball would be a big fat no for the Bulls (not even if the Pelicans include a pick, in my opinion). Instead, a deal centered around a veteran role player makes far more sense for Chicago and in this situation. We’re talking Tomas Satoransky or perhaps Thaddeus Young along with a second-round pick (though, admittedly, I’m not sure how interested they would be in Sato with plans to play their young guards more often). I also could envision the Bulls sweetening the pot a bit with someone like Chandler Hutchison thrown alongside a vet.

Interestingly enough, the Pelicans are a team that would be an easy fit for Otto Porter, but it is hard to think of any deal that either would feel comfortable with that includes him. The man is owed $28.4 million this season, and that is not easy to offload or take on. Also, with the way Porter has played, I think the Bulls are more than comfortable waiting toward closer to the deadline to strike a deal with a potentially desperate contending team.

To sum it up: Lonzo Ball isn’t worth a starter for the Bulls, and they should not be going aggressively out of their way to land him right now. Discuss in the comments.