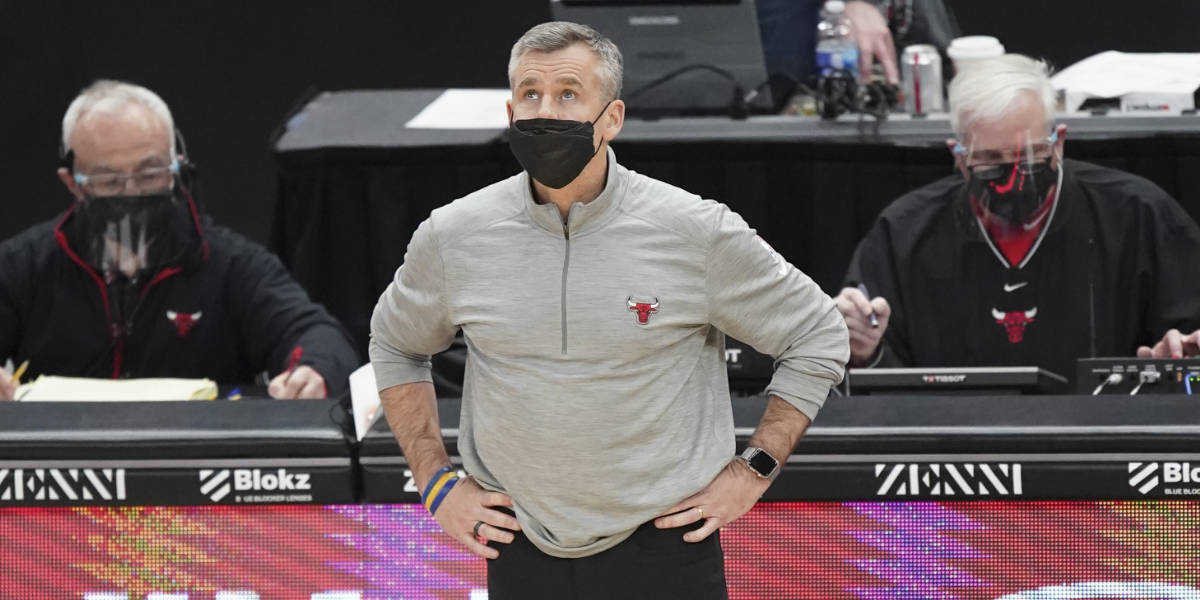 Let’s not put things in a spin cycle: The Chicago Bulls didn’t expect to end their season like this. At least not as of a month or so ago.

When Arturas Karnisovas and Marc Eversley made arguably the most shocking trade deadline deal – one that sent Wendell Carter Jr., Otto Porter, and two first-round picks to the Orlando Magic for All-Star Nikola Vucevic and veteran Al-Farouq Amin – they thought the postseason was on the horizon. They may not have been confident in their ability to clinch a first-round series, but landing somewhere in the play-in tournament felt entirely within reach. After all, the team was already in the mix and now had *two* All-Stars and several other rotational upgrades

Nineteen games and one Zach LaVine extended-absence later, the Bulls sit 2.0 games out from the last remaining play-in seed. Only 10 games remain for the team to salvage their season, but it will be a lot easier said than done when we consider that the team in front of them, the Washington Wizards, have won 11 of their last 13 games. Not to mention, the Bulls have the 4th-toughest remaining schedule compared to the Wizards 21st, according to Tankathon.

So unless the Wizards crumble or the Bulls flip an unexpected switch, the team is set to miss the postseason for the 4th-straight season, and it appears they may be starting to acknowledge that reality. After last night’s 113-94 loss to the New York Knicks, head coach Billy Donovan made an interesting comment about the team’s final few weeks of the season.

Here is the full thing:

Even though we’re trying to get to a place where we’re playing when the season’s over with, we’re in these games right now in reality, which is great. And they’re fighting for their seeding within their playoff spot, so this is really good because even though it’s not the playoffs, every game feels like that. It felt like that in Miami for two games because they’re fighting for a seeding and a spot and they probably don’t want to fall into a play-in situation. So when you add more teams into the mix, as it relates to more teams potentially getting a chance to play after May 16th, you’re going to see a lot of these games [with] a lot of that kind of fire, intensity, and passion. I think it’s a great learning experience for our guys to be thrusted into these situations. You think about last year for them with the pandemic hitting and the season just being cut short. These guys weren’t even given the opportunity to go into a bubble, so they need this to learn and grow and get better.

I don’t know about you, but that kind of sounds like a concession. Donovan isn’t necessarily wrong about the newfound competitiveness of these final games, but by comparing them to an actual playoff-caliber experience … I don’t know. It feels like he’s almost acknowledging that his team will have to learn from these games as opposed to the real thing. In other words, who needs the play-in tournament when we can gain similar experience right now!

Again, Donovan isn’t necessarily wrong about anything he said. The games have been nothing short of competitive over this recent stretch. However, this just sounds like the first time we’ve heard Donovan come to terms with the possibility of the Bulls season failing to meet expectations. And Donovan wasn’t the only one to sound this way.

All-Star Nikola Vucevic also recognized the team’s missed opportunities since the trade deadline after last night’s game, as well as the fact that the Bulls no longer control their own destiny.

Obviously, we know that we were in a better situation, and we lost some games and put ourselves in a more difficult position than we were. But, I mean, there’s no point in us looking back at it thinking about what could have been or what we could have done differently. We just have to move on and try to improve every game and try to win as many games as we can.

There have been some good things, there have been some bad things. I think we’re still growing as a team, and it’s not over. We’re going to fight until the end. There are still 10 games left and a lot can happen. A lot of things happen in sports, especially in the NBA. So we’re going to continue to fight until the end. Hopefully, we make it, and if we don’t, we will have to learn from that.

Vooch remains playfully optimistic about his team’s chances, and he should. As a new All-Star in an organization with no first-round pick and a win-soon mentality, fighting until the end has to be the MO. At the same time, this comment is still the most truthful we’ve heard him about the Bulls’ immediate future. He knows they have dug themselves a hole, and whether it happens over the next 10 games or the offseason, they are going to have to figure out a way to climb themselves out of it.

I have to imagine this mindset mimics that of the front office. The more games the Bulls lose and the more games Zach LaVine misses, the more work lies ahead of them this offseason. Anything can still happen, but it’s probably time to start thinking about that work.