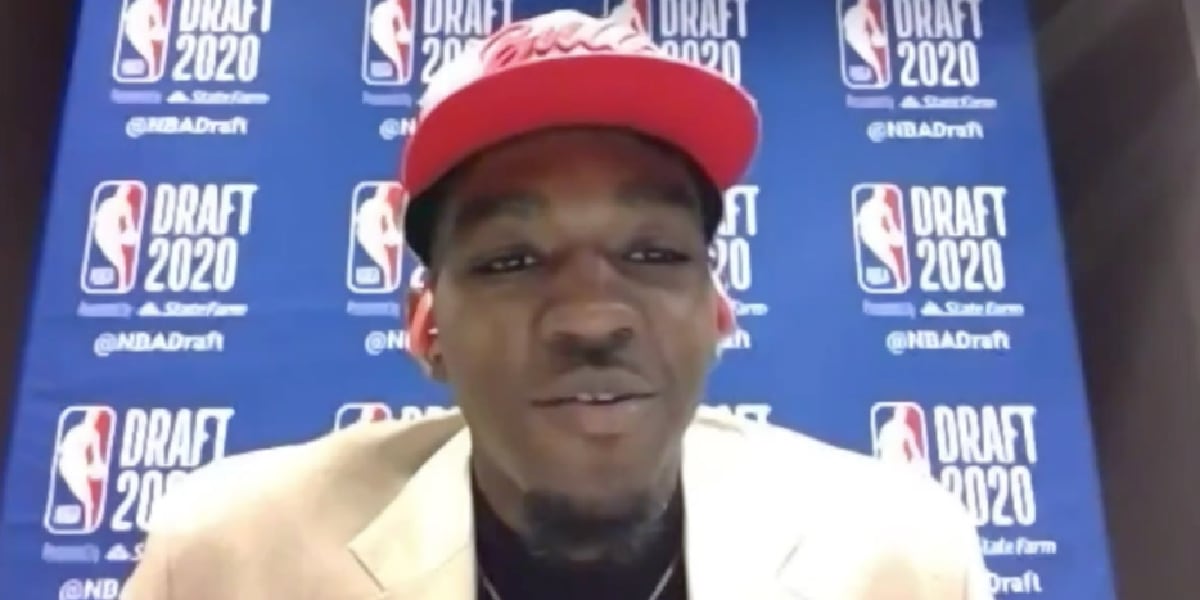 Cool … but can he also play point guard?

Welcome to the best city in the world, @justnfields! https://t.co/3SXqRsusEL

•   Few things in sports are as intoxicatingly joyful as draft night. The NFL and NBA, particularly, have turned the event into a spectacle of optimistic television. Not only do we watch young players and their families experience a life-changing moment, but we watch the ripple effect among fan bases who get to believe better days are ahead for all. In reality, we know not every player will build a worthwhile career, and not every fan base will be happier at the end of the following season. But, for one night, it feels like all of that will happen. For one night, It feels like a breath of fresh air. In a year that has been nothing short of pessimistic – and in a year where a breath of fresh air has legitimately been hard to come by at times – I’m happy we had the 2021 NBA and NFL Drafts to cling to. I’ll remember both fondly ( … mainly because JUSTIN FIELDS AND PATRICK WILLIAMS!? LET’S GOO!!).

•   Anyway, back to our harsh reality that is the Chicago Bulls. After losing 113-94 to the New York Knicks on Wednesday night, Nikola Vucevic and Co. will get to face an angry Milwaukee Bucks team tonight. Joy. In a last-second fight to move up the Eastern Conference standings, the Bucks have lost two of their last three games, including a surprising tumble against the 16-47 Houston Rockets on Thursday. Giannis Antetokounmpo clocked less than a minute in that matchup due to a sprained ankle. The injury doesn’t appear to be anything too serious, but I have to imagine he’ll sit out tonight’s matchup with the Bulls.

•   With or without Giannis, this game remains almost as winnable as ever for Milwaukee. I know Houston somehow pulled off the upset last night, but that’s mainly thanks to Kevin Porter Jr. getting his hands on a bottle of Curry’s Secret Stuff (which I guess also had a splash of CP3’s Secret Stuff mixed in). I wouldn’t be surprised if we see things go very similar to what we saw against the Knicks. To the Bulls’ credit, they have been playing with a greater sense of urgency as of late, but they have just been outplayed and beaten down. Other than the Bulls frontcourt of Theis, Vucevic, and Young, it’s clear the rest of the Bulls players struggle to keep up with the ball pressure and physicality. With guys like Brook Lopez and Jrue Holiday on the court, there will continue to be plenty of that tonight.

•   But don’t fret, Bulls fans! After the Bucks, the Bulls only have to play … oh … come on … the Hawks and 76ers. The schedule doesn’t ease up a lick over the final 10 games, and that is likely why we saw a couple of more realistic postgame press conferences on Wednesday night:

Sounds Like Reality is Sinking in When it Comes to the Bulls (Long) Playoff Oddshttps://t.co/mw7WhvUj5t

•   Head coach Billy Donovan and All-Star Nikola Vucevic understand where the Bulls sit. Two games behind Washington may not feel like a lot of ground to make up, but it sure is when they hold the exact opposite kind of momentum as Chicago. With that being the case, I’m curious what the mentality is inside the locker room. I expect the team to stay the course and try to win the games they can, but I wonder if there is any interest in just giving the young guys more minutes and opportunities. These last 10 games could be the last chance to milk any last potential out of Lauri Markkanen (who has averaged just 21 minutes the last 16 games) and give Patrick Williams more reps on the offensive end. Again, I don’t necessarily expect them to make those things a new priority, but I can’t say I’d mind seeing it.

The Efficiency Landscape. What Jumps Out? pic.twitter.com/jFkTNk5kq4

So apparently there’s a second halftime? Hockey is weird…#MascotSwap pic.twitter.com/iF1MFNeLsT