Hello Hornets, Play Through the Vooch, What Happens to the Starting Lineup? And Other Bulls Bullets Skip to content 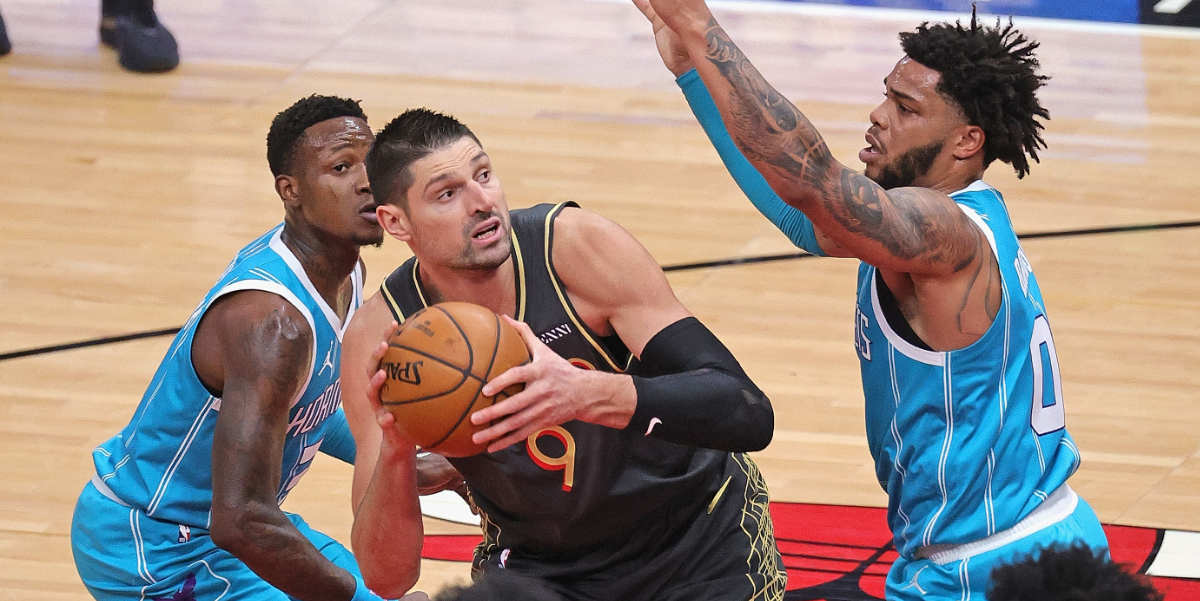 •   Zach LaVine is expected to make his return to the floor after missing the team’s previous 11 games due to the NBA’s Health and Safety Protocols. Likewise, Nikola Vucevic practiced fully with the team yesterday after missing the previous two games with an adductor strain. If both are back in the starting lineup tonight, the Bulls’ chances to steal a win in Charlotte should go up quite a bit. Not only did the Bulls beat this Hornets squad back on April 22nd behind a strong defensive showing, but tonight the Hornets could be without several rotation players, including Gordon Hayward, Devonte’ Graham, Miles Bridges, and Cody Martin.

With LaVine and Vucevic Returning, It Doesn’t Look Like Tank Mode Will be Activatedhttps://t.co/J84A9kvGEi

•   On the flip side, the Hornets WILL have LaMelo Ball, the rookie of the year candidate who played in the first matchup between these two teams in January but missed the game a couple of weeks back due to his wrist injury. Ball has played well in his first three games back for Charlotte, averaging 16.0 points 6.3 assists, 6.7 rebounds, and 2.3 steals per game. The Bulls tend to have trouble with these versatile and lengthy guards, and the continued absence of solid perimeter defender Troy Brown Jr. doesn’t help their case. I’ll be interested to see how they match up tonight, especially with a flashy scorer like Terry Rozier also in the backcourt.

•   I’ll also be interested to see what adjustments are made to the starting lineup. I do expect the Bulls to return immediately to the Theis-Vucevic frontcourt. The Hornets are an average defensive team, but their inexperienced bigs had a tough time controlling the Bulls savvy vets. Vucevic finished with 18 points, 16 rebounds, 6 assists, and a +24 in the 108-91 victory a couple of weeks back. Meanwhile, Thaddeus Young added 18 points on an 8-10 shooting night and finished with a +16. Considering that success, even with LaVine back in the mix, I anticipate we see Donovan emphasize playing through the interior again tonight.

•   As for the starting backcourt, I’m not quite sure which direction the Bulls will go. Coby White has played well since rejoining the starting lineup in LaVine’s absence. Over his last 11 games, White has averaged 18.4 points on 42.9 percent shooting from the field and 38.8 percent shooting from downtown. He has also been averaging roughly four free-throw attempts per game and 6.0 assists. The game has slowed down for the 21-year-old, but will it stay that way with LaVine back on the court? That’s a question Donovan has to answer before tonight’s game.

•   The Washington Wizards now sit 3.5 games ahead of Chicago for the final play-in spot after a one-point loss to the Milwaukee Bucks last night. With the Raptors and Pacers coming up next, however, they could very well get back into the win column rather quickly. On the other hand, the Pacers sit 4.0 games ahead of the Bulls, but they are in the midst of a downward spiral. Indiana has lost four of its last five games with matchups against the Hawks, Wizards, Cavaliers, 76ers, Bucks, Lakers, and Raptors left to play. All things considered, that isn’t the easiest stretch to close out the year, especially with the reports of some locker room turmoil. I’m not advising you have some newfound hope in the Bulls play-in chances, but if anyone could help Chicago out … it could be Indiana.

•   Coby White is the all-time leading scorer in North Carolina high school basketball history, and he’s just making sure you know that.

•   Nothing to see here [whistles and walks away with hands behind back].

The most impactful trade at the deadline might be Daniel Gafford to Washington.

Anthony Edwards continued to look like an absolute star in the making tonight against Memphis: 42 PTS on only 22 shots, 8-of-9 from 3, 6 REB & 7 AST. Step-back is becoming unguardable. Slow to fast burst is elite. Catch & shoot looks even cleaner. Playmaking coming alive. pic.twitter.com/0wkIIazFBd