REPORT: Derrick Rose Could be on the Chicago Bulls Radar This Offseason Skip to content 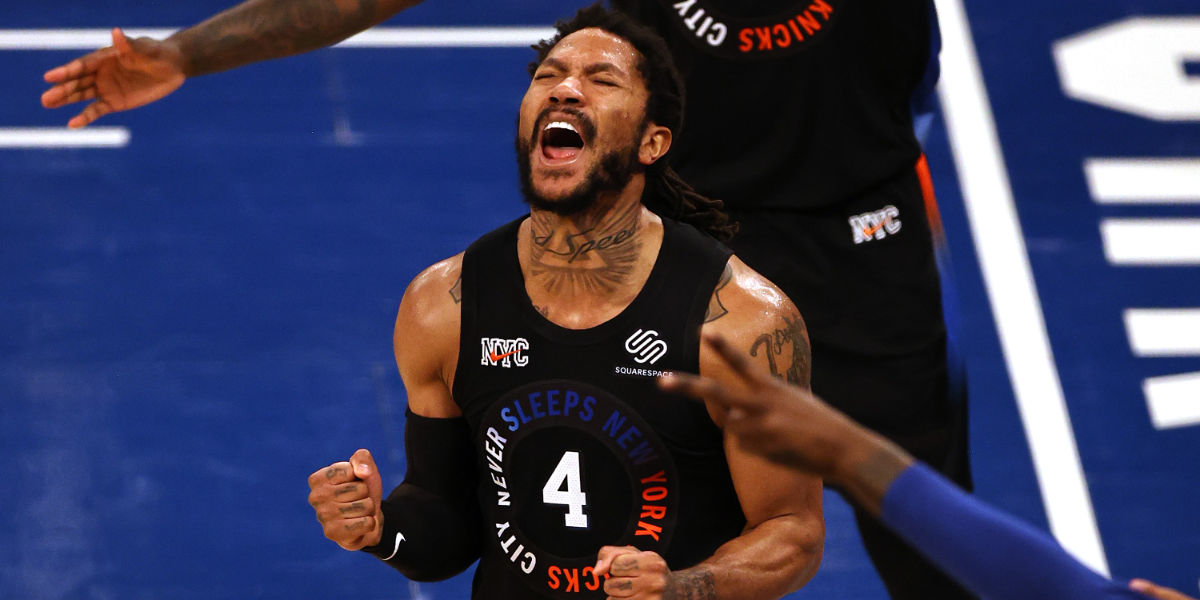 According to ESPN’s Adrian Wojnarowski, we have reason to believe Derrick Rose is on the Chicago Bulls radar this offseason. Yes, you read that right.

“Derrick Rose is another name in Chicago,” Wojnarowski told Zach Lowe during their exclusive YouTube offseason special. “I don’t think he is necessarily at the top of their priority list, but if he doesn’t return to New York, is there a role for Derrick Rose with the Bulls? I just think there are a lot of contingencies all these teams are working through.”

As Wojnarowski said, it does not appear as if Rose is at the top of Arturas Karnisvoas’ to-do list, but the fact the league’s top insider is connecting the two at all feels pretty damn huge.

It’s no secret the Bulls are in the market for a new starting point guard, but they are also hunting for improved bench depth. Surely, a 32-year-old Rose would not be an option to fill the former, but he could be a great addition to the team’s second unit.

The Bulls-great averaged 14.7 points with 4.2 assists per game on 47.0 percent shooting from the field and 38.8 shooting from downtown over his 50 games played between the Pistons and Knicks this season. The performance left no question about his ability to still contribute to a winning team. And considering the Bulls are looking to take the next competitive step forward in 2021-22, it’s not had to believe Rose could be part of that formula.

At the same time, the Bulls have a lot of holes to fill this summer, and Rose is likely due for a sizable contract after a Sixth-Man-of-the-Year worthy performance. Needless to say, the Bulls could very well want to spend that money elsewhere. Not to mention, there could be a number of playoff-caliber teams that pop up as suitors for the veteran guard.

I do think it is important to note, however, that this is not the first time we have seen the Bulls mentioned in the Rose conversation. While it may have been less direct, NBC Sports Chicago’s K.C. Johnson did mention Rose in one of his recent mailbags as a possible target for Chicago.

Indeed, the Bulls already have been linked to Ball, Dennis Schröder and Spencer Dinwiddie via the rumor mill. Under-the-radar options like Jalen Brunson, who would have to be acquired via trade, Reggie Jackson and Derrick Rose aren’t out of the realm of possibility.

A Rose-Bulls reunion is intriguing for a number of sentimental reasons, but the case could be made that it actually makes basketball sense for the Bulls. Wojnarowski also said in his conversation with Lowe that point guard Tomas Satoransky could draw interest from a number of teams in the trade market this season. If the Bulls were to move on from him, it would open a gap in the second unit. Rose could easily fill that gap while also providing the kind of playoff experience this developing team covets. Sure, his fit with Coby White would be a tad interesting (both are score-first guards who play less-than-stellar defense), but it would be an undeniably intriguing one-two punch for the Bulls bench.

For a full look at the conversation between Woj and Lowe, check out the video below: