The Makings of an Elite Offense, Sharing the Ball, Portis Claps Back, and Other Bulls Bullets Skip to content 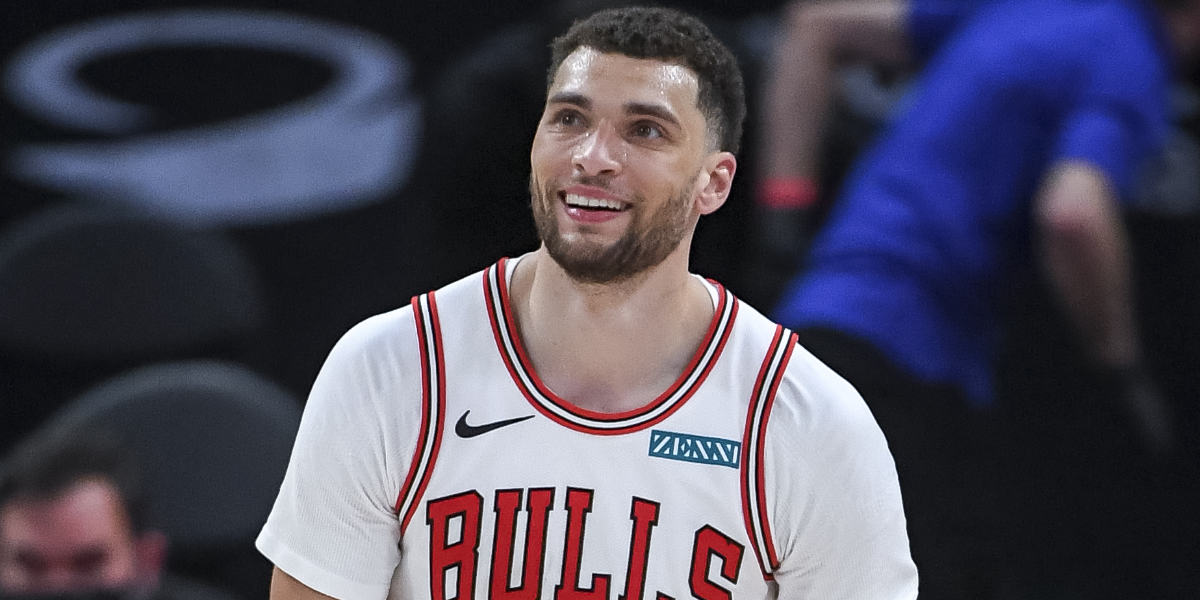 Have you ever skipped down the street on a picture-perfect day only to have someone stop and hand you $500 before telling you how good-looking you are? Me neither, but I have to imagine that would feel the same as this Chicago Bulls offseason.

Are all my worries gone? Absolutely not. I still have to pay bills and do crappy adult things, but at least I can tune all of that out for a competitive and talented basketball team … or at least I hope I can. The NBA dumped a bucket of cold water on Bulls fans Tuesday afternoon when they released the national broadcast schedule for Opening Week and Christmas Day. The absence of a marquee game for Chicago reminded all of us that, while it feels like a new day has dawned over the United Center, we can not get too comfortable until the wins follow.

We will get a better idea of how competitive the NBA perceives this Bulls team to be on Friday when the complete national broadcast schedule is released. However, yesterday was a clear indication that the rest of the league is taking a wait-and-see approach with the new-look Bulls. And while I will continue to keep my buzz, I actually think it’s a good nudge not to get too drunk.

Perhaps this will give LaVine and Co. more motivation to prove they are one of the more talented squads in the Eastern Conference. https://t.co/nAYnMX8M17

•   *Puts on goggles and begins to chug champagne like a monster.* OKAY, I CAN’T HELP MYSELF. LOOK AT THOSE NUMBERS! BEST OFFENSE IN THE LEAGUE!!!

We'll see how it meshes, but DAMN this team has serious talent.

•   There are obvious defensive concerns with this Bulls team (though I don’t find them quite as severe as others), but there is also no question this offense could be one of the most lethal in the league. I mean, we are talking about three players (LaVine, DeRozan, Vucevic) whose offensive estimated +/- ranked in the 92nd percentile or higher, per Dunks & Threes. Sure, it will take some time to learn how to co-exist with fellow bucket-getting teammates, but each has proven in recent seasons that they can play efficient basketball on this end of the court as the No. 1 option. In theory, provide more spacing and more teammates who can draw the defense’s attention away, and operating at a high level should become that much easier.

•   Let’s remember, defense is also strongly based on energy and effort. I’m not saying DeRozan, Vucevic, or LaVine will suddenly become even average two-way players (especially DeRozan), but they can now reserve more energy for that side of the ball with the help they should get on offense. Speaking of which, the added firepower on offense takes away any excuse for these players not to be more focused on improving their defensive intensity.

•   Spotrac’s Keith Smith shared some of his thoughts on the NBA offseason, and he threw Chicago under his “Disaster Potential” category. More specifically, he pointed to the number of players who need the ball in their hands as a potentially critical problem for this Bulls team. Look, I can accept that there is a world where things might not work out. The front office chose to be aggressive, and they did invest big bucks around a handful of high-usage players with varying playoff experience. At the same time, I do think sometimes we get a bit too hung-up on “fit.” Adding talent is the most important thing a team can do. The right infrastructure and coaching staff are then tasked with making it work.

Roles are about to change. Should be interesting.

•   Not to mention, I also think the Bulls have a core group of guys who are motivated to take the next step together and thus will feel even more motivated to make the on-court adjustments needed. A LaVine-Vooch-DeRozan trio is not Irving-Harden-Durant (*let me be very clear about that*), but people had a very similar concern about those three ball-dominant players forming on-court chemistry. They were able to ease those concerns early on, and I would not be shocked to see this Bulls team do the same.

•   One last thing: I’ll write more about this as the season nears, but I also think DeRozan and Ball will both be pivotal in keeping the wheels in motion and ensuring the team has a balanced offensive attack. DeRozan, while a big-time scorer, has taken a pivotal step in recent seasons as a halfcourt playmaker (career-high 7.6 assists per 36 last season), and I think he will step even further into that role this season.

•   Honestly, I’m happy for Bobby Portis. He earned the right to talk some smack.

•   Good for Temple. The dude might be 35-years-old, but he showed he has plenty left in the tank last season.

Garrett Temple signed a three-year, $15.5 million deal with the New Orleans Pelicans that includes a non-guaranteed third year, league sources told @hoopshype. Temple was acquired in a sign-and-trade deal with the Chicago Bulls for Lonzo Ball.

•   Speaking of having plenty left in the tank …

•   He is really trying to start up this Bulls-Pistons rivalry again, isn’t he?