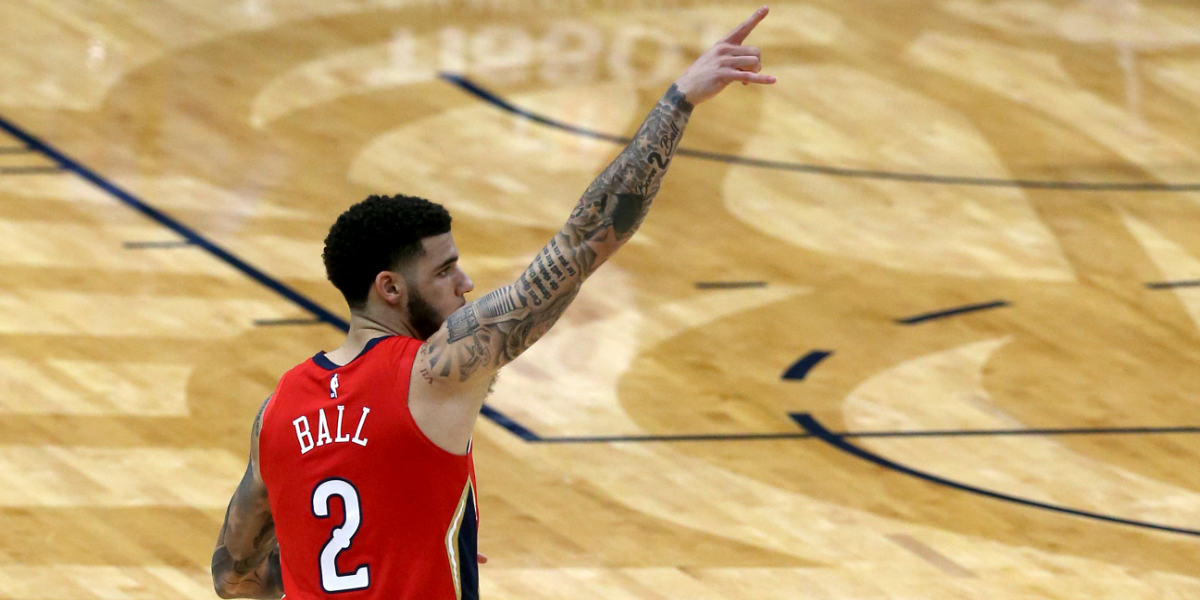 In other words, I’M BACK, BABY!

I also desperately need basketball to return so my happiness for the week does not fully depend on the outcome of my imaginary football games. For once, I’d rather have it depend on the Bulls.

•   Six players may have finished ahead of Zach LaVine in scoring last season, but none of those six did it as efficiently. LaVine averaged 27.4 points behind a 50.7 field goal percentage and a 41.9 percent clip from downtown. His 60.0 percent effective field goal percentage ranked in the 90th percentile, as his three-level scoring ability proved to finally be among the league elites. It was a breakout performance that Chicago Bulls fans will not soon forget, but it was also one that will surely be difficult to replicate. Shooting that efficiently from nearly every spot on the floor is about as normal as a flying turtle (Michael: With the right drugs, even that is pretty common). While LaVine should go on to achieve greater success, I don’t think anyone would be shocked if this happened to be the most efficient scoring season of his career. But I suppose if we were looking for him to somehow build on such a stunning performance, this would be the year.

Now, he has a full season of DeRozan and Vucevic who can help draw some of the defense's attention.

•   LaVine is not only about to play on the most talented roster of his career but he is set to play alongside arguably a perfect on-paper fit. Lonzo Ball was on the Bulls’ radar for a reason. The refreshed front office might do a pretty damn good job at keeping information close to the vest, but the place for Ball on this roster was simply too obvious to hide. While he may not be the most traditional halfcourt playmaker, he is a ball mover who pushes the pace in transition and keeps the offense’s wheels in motion. Combine that with his still improving and lengthy defensive disruption, and he feels like the long-awaited complement to Zach LaVine. He can take practically all the little things off of LaVine’s plate, providing him an opportunity to reserve his energy for what he does best: Getting buckets with the best of them.

•   I truly believe that Ball’s stat line this season may not be what some expect, but I also believe that is not a strong reflection of how he makes this team better. As I said, he will do the little things that help this team on both ends of the floor. Last season he may have averaged only 14.6 points, 5.7 assists, and 4.7 rebounds (well below his career-high in both assists and rebounds), but the case should be made it was by far his most impactful year thus far. According to Cleaning the Glass, he carried a +5.5 on/off differential, which ranked in the league’s 82nd percentile (For note: His second-best on/off differential came during his rookie season when his +2.5 ranked in the 68th percentile). It was likely this productive play that made Arturas Karnisovas only that much keener on making him a key part of this new era. Ball is just 23-years-old, and the signs of a true winning player are right in front of us.

•   The only thing Ball can’t do is be a go-to secondary scorer. While his presence will allow LaVine to focus even more on that part of his game, the All-Star still can’t do it on his own. But that is what makes the DeMar DeRozan addition all the more understandable. Removing the transactional and contractual logistics, DeRozan does check the box’s Ball can’t. He is the better half-court playmaker, and he also provides the secondary ISO scoring ability that will draw defensive attention away from LaVine. Anyway, I talked more about that specific combination last week, so give that a read if you haven’t already (or don’t … you’re an adult who can make your own decisions).

•   Lowkey, I still think people sleep on just how good of a shooter LaVine has become.

•   This is very true. Harrison Barnes may not be the flashiest name, but that is a winning player who reliably gets it done on both ends of the floor. Williams even remotely replicating what Barnes can do this early in his career would be a massive W for the organization.

The stan accounts will probably mock this notion, but nonetheless, if Patrick Williams can do his best Harrison Barnes impression for the Bulls over the next 1-2 seasons, I'm going to be feeling really good about this team. https://t.co/BztkrH9OXt

•   HAPPY BIRTHDAY TO A BEAST.

76ers Drama Officially Boils Over: Ben Simmons Will Not Report to Training Camphttps://t.co/ecBtRhMKkF

With big shoes to fill, Jaylon Johnson is answering the call. https://t.co/SAUgcvsstS

•   Weird, people are saying the same thing about me.