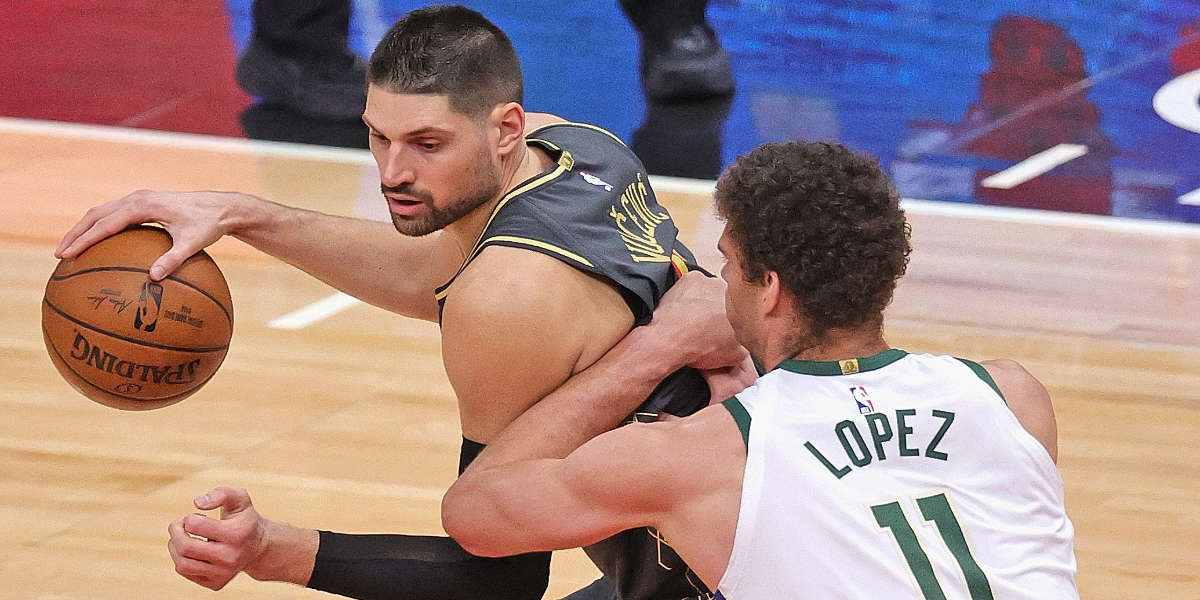 We are officially under one week away from the start of the Chicago Bulls training camp. And, as 670 The Score’s Cody Westerlund let us know, Media Day will be held the Monday before the grind begins. The first preseason game will then come one week later on October 5th against the Cleveland Cavaliers.

#Bulls will host media day next Monday and then officially open up training camp the next day — Sept. 28.

In other words: THE BULLS ARE ALMOST BACK, BABY!

In other other words: WE CAN STOP BICKERING ABOUT OFFSEASON RANKINGS AND FOCUS ON ACTUAL BASKETBALL THINGS! WOOHOO!

•   Yesterday, I sat down to watch almost every single one of Nikola Vucevic’s 269 assists last season. Why? Because I felt like it, so get off my back. While several things stood out to me, particularly regarding his potential role in this new-look offense, nothing stuck out more than his quick trigger. We have known for a while that Vucevic possesses some solid court vision for a big man (after all, he has averaged at least 3.4 assists per game the last four seasons, and he was 6th in assists per game among centers this past season), but I never quite realized how fast he looks to get the ball out of his hands. Vucevic averaged just 1.77 seconds per touch, according to NBA dot com, which was 21st among all players who averaged at least 28.0 minutes per game and eighth among centers.

•   Of course, one of the reasons this number is so low is because Vucevic isn’t a strong ballhandler. The big guy simply isn’t going to put the ball on the floor and attack all that often. But, still, the opportunity for Vucevic to keep the rock in his hands a bit longer is there. He averaged the second-most post-ups per game last season behind Joel Embiid, whose average seconds per touch are 2.50. Among the top-7 players in nightly post-ups, Vucevic by far has the lowest “touch time.” Again, this is partly because he is not a real threat to attack off the dribble, but the film also suggests it’s somewhat related to his ability to find the open man and keep the ball moving. And I have to imagine this a skillset head coach Billy Donovan will look to utilize plenty in this new-look offense, especially with a strong cutter like Zach LaVine being able to play far more off the ball. Not to mention, we saw Vucevic stack up assists toward the end of last season with Coby White lurking for catch-and-shoot opportunities; we should see plenty more of that with another strong spot-up shooter like Ball now in the starting lineup.

•   Bleacher Report decided to rank the top players to build a franchise around … and guess who did not make the list. Don’t get me wrong, I can understand LaVine missing the top-10, but the man can’t even receive an honorable mention? Even Lonzo Ball found himself with a nod! And, hey, I’m glad Ball is viewed that highly, but who is starting a team with him at the helm over LaVine right now? Feels odd.

•   I mean, did we all forget what the Zach Attack is capable of!?

Looks like Ayo Dosunmu got his hands on something pretty awesome 👀

•   Also, I know Dosunmu likely plays an incredibly minor role this season, but it’s still so cool he ended up in this spot. Born and raised in the city, it always means much more to see a player get his first real shot at the pros. I’m so happy for the guy, and I’m sure stepping on that court in a couple of weeks will be sureal.

Breaking News: With full attendance due back in the United Center and coming off his first losing season as an NBA coach, Billy Donovan is considering starting Justin Fields.

•   Vooch gave the almost-Bull a tip of the hat.

Someone I learned a lot from on how to be a pro. Congratulations on a great career! Enjoy retirement and family time! https://t.co/vaVGGuD9s7

•   I’m kinda just waiting for them to do anything properly.

We Are Once Again Asking the Bears to Use Jimmy Graham Properly https://t.co/dm8OyuGT8k

•   So excited to see what the veteran can do for this Blackhawks team.

Must-Read of the Day: Marc-André Fleury is Still Chasing the Goosebumpshttps://t.co/36Z2eWgXxO