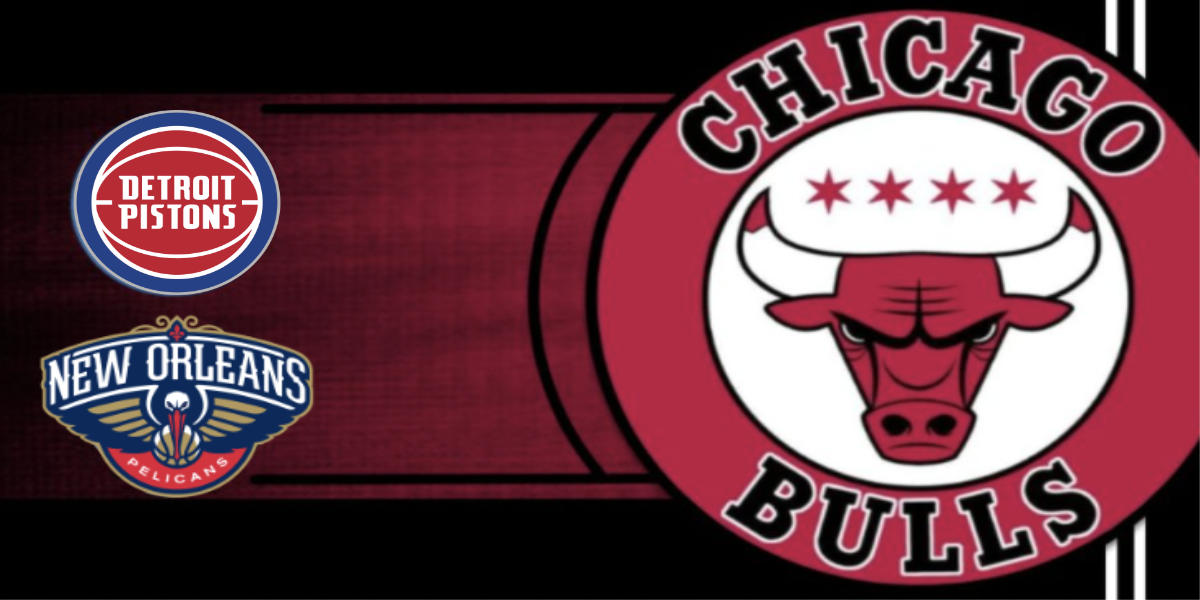 Honestly, this might be the perfect opening week test for this new-look Bulls team.

With the Pistons and Pelicans expected to be toward the bottom of their respective conferences, Chicago needs to prove early on that they mean business. Too many times last season the Bulls looked too comfortable for their own good, which was truly bizarre considering their place among the East bottom-feeders. We watched games slip away against the Oklahoma City Thunder, Orlando Magic, Cleveland Cavaliers, and Minnesota Timberwolves, and these outcomes were exactly why we saw Arturas Karnisovas blow up the roster this summer.

The first way for this Bulls team to prove things have truly changed is to beat the teams they’re supposed to beat. All things considered, the Pistons and Pelicans are two of those teams.

Cade Cunningham is Officially Out for Tomorrow’s Season Opener Against the Bullshttps://t.co/j8S4iuFGQH

Bulls: Um, did you see the offseason? What about the preseason!? With Lonzo Ball, Zach LaVine, DeMar DeRozan, Patrick Williams, and Nikola Vucevic, the Chicago Bulls will enter this regular season with arguably one of the best starting lineups in the league. The sheer talent on this roster is unlike anything we have seen since the early 2010s, and the expectations are the highest they have been since before the organization’s GarPax rebuild. But, wait, talent isn’t everything! While the on-paper roster will make even the most casual Bulls fan drool, how all these pieces learn to split the workload is key. The preseason was a good taste of how unselfish and collaborative this team can be, but everything changes when the games start to count. This first week will be all about establishing a style of play and building chemistry. We don’t want to see the ball stick in any scorer’s hand, as properly sharing the wealth will be what makes this team the deadliest.

Pistons: Expectations may not be nearly as high for the Pistons this season, but there is something brewing in Detroit. The addition of No. 1 overall pick Cade Cunningham and the 2020-21 breakout of Jerami Grant has the franchise pointed in the right direction. The team also has a number of intriguing young talents in the mix with guys like Saddiq Bey, Hamidou Diallo, and Isaiah Stewart. So while inexperience will likely keep them toward the bottom of the barrel this season, this is the kind of athletic and young roster that could potentially give stronger teams a scare on any random night. For Chicago to make sure they don’t become this Pistons’ first victim, they will simply need to play smart and play aggressive. View them like you did the banged-up preseason teams, and you should be okay.

Pelicans: Zion Williamson will be sidelined for this home-opening matchup, which will certainly make life a bit easier for the undersized Bulls on the defensive end. At the same time, between Brandon Ingram, Devonte Graham, Jonas Valancinas, and maybe even a potentially pissed-off Tomas Satoransky, the Pelicans have weapons that can help counter the Bulls’ own offensive attack. Controlling Ingram will be the biggest task of the night, and I have to imagine Patrick Williams will draw this assignment with no Williamson to worry about. With a lack of playing time in the preseason and plenty of missed training camp, it will be key to watch how Williams holds up.

Was the preseason defensive intensity a hoax or will the Bulls continue to execute on that end for the floor?

*We will answer this in next week’s preview.