When the final buzzer sounded, the Chicago Bulls won 128-114.

Yes, you read that right.

To be honest with you, I’m surprised I’m not unconscious right now (or maybe I am and this is all a weird fever dream?). The Bulls not only looked completely out of this game with basically one quarter to play, but they looked nothing short of frustrated and dejected through much of the third quarter. However, a tweak in the rotation by Billy Donovan to put the blood-thirsty LaVine in with the second unit instead of DeMar DeRozan completely flipped the game script. Chicago broke out into a massive 19-2 run to officially eliminate the Celtics double-digit lead on an Ayo Dosunmu 3-point splash.

Once the lead was erased at the 6:53 mark in the 3rd quarter, the Bulls looked like a team that simply refused to lose. They closed on a 23-8 run and outscored the Celtics by a total of 39-11 in the 4th quarter. A performance that surely felt like a discouraging loss immediately turned into one of the organization’s best regular seasons wins of the past decade. I guess that’s just what this new team does, isn’t it?

I’ve found myself speechless (typeless?) in the past, but that was for all the wrong reasons. Now, I sit here in utter awe of the talent on this team and the outstanding start they have had to the season. 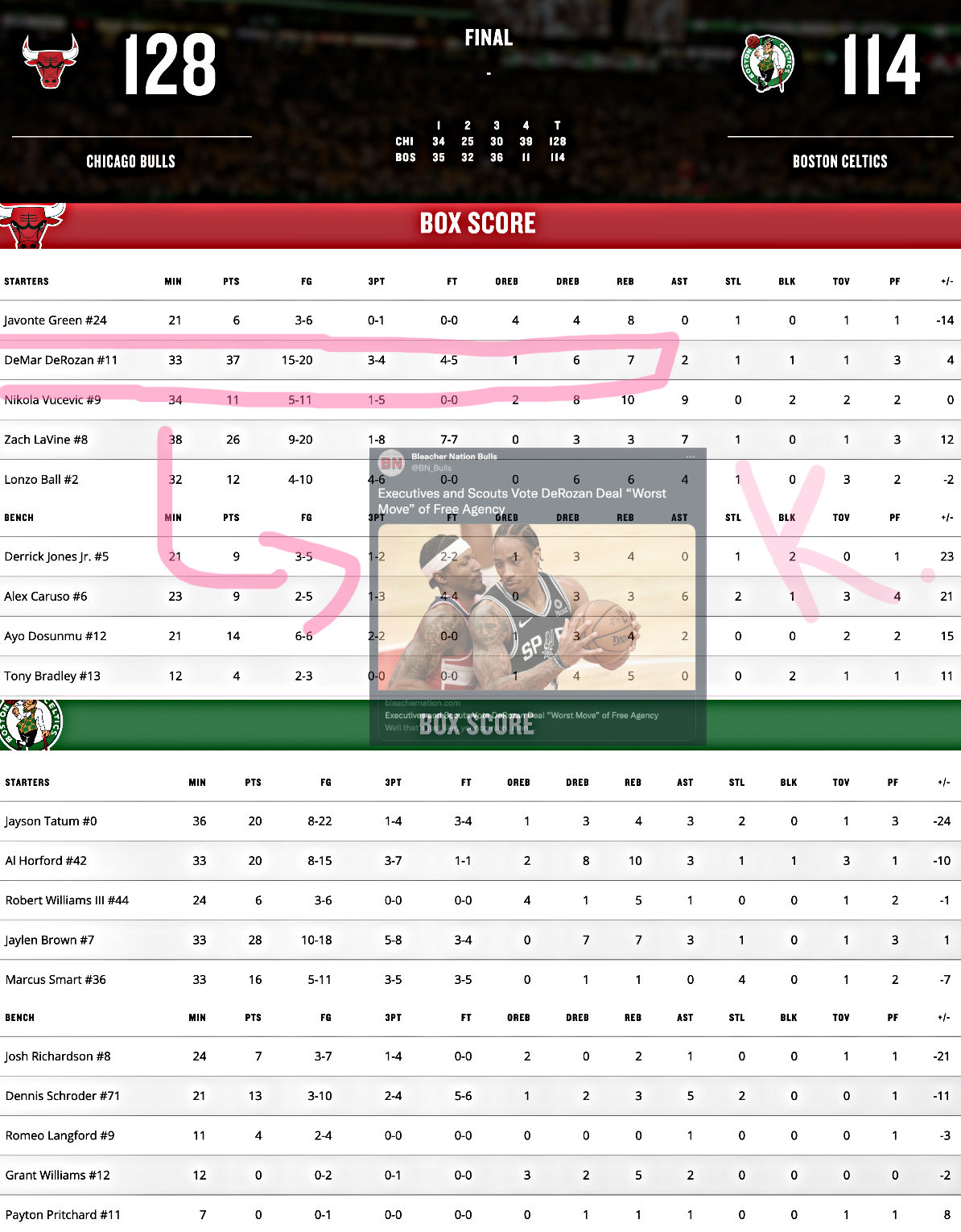