Despite a Nasty Shooting Slump, Nikola Vucevic Has Still Found Ways to Lend a Helping Hand Skip to content 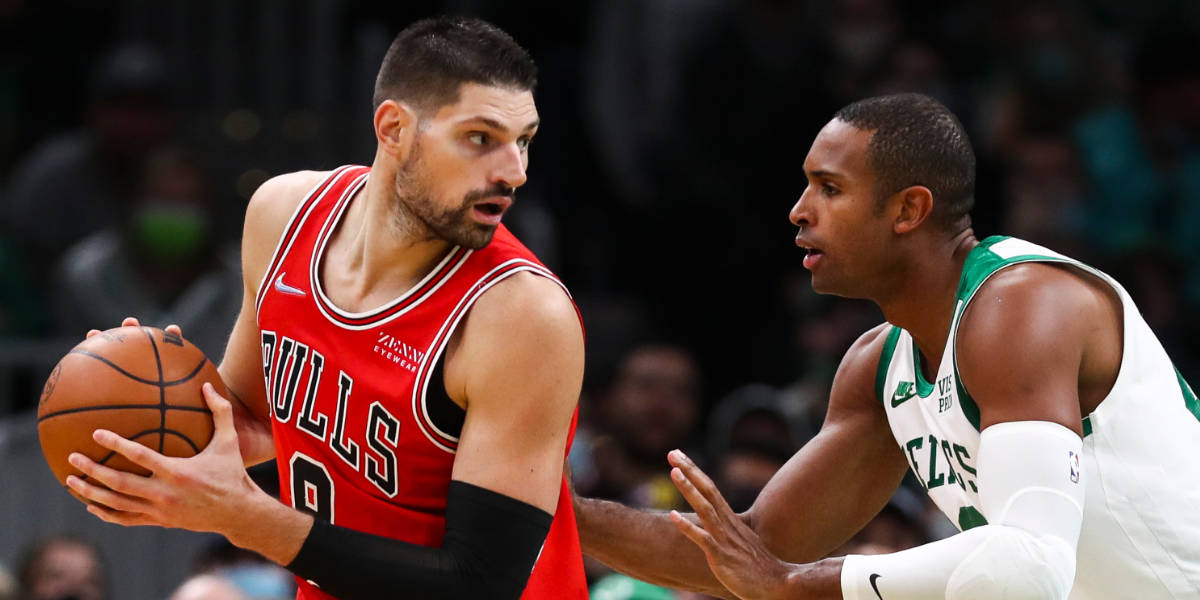 All-Star center Nikola Vucevic is off to easily the worst offensive start of his career. Through the Bulls’ first 10 games of the season, the big man has shot 37.8 percent from the field and 26.2 percent from behind the arc. His 41.9 effective field goal percentage is so terrible it ranks in the league’s 8th percentile.

But I’m not going to shove the numbers down your throat. At least, not again.

The Bulls Are Still Waiting for Nikola Vucevic to Find His Shothttps://t.co/Sw1MlgoDEn

Despite all the positives that have come with the Bulls 7-3 record, it’s hard not to linger on Vucevic’s early-season shooting slump. I get it. The longer it goes on the longer it will take for Chicago to reach the peak of its powers. But I also think the buzz around this dismal shooting performance has diminished our appreciation for the several other skills the big man brings to the table. Yes, they exist.

While Vucevic’s versatile scoring is his best attribute, it isn’t the only reason he gets to call himself a two-time All-Star. His defensive rebounding ability has been among the league elites for years and that hasn’t changed to start this 2021-22 campaign. Vucevic has ranked inside the top-10 in defensive rebounds per game over the past three seasons, and he currently sits 7th in the league with 9.2 a night. The big man’s 11.0 total rebounds per game also rank top-10 in the league. Considering the Bulls’ lack of frontcourt size, and the fact they only muster the 23rd-most rebounds a night, the double-digit boards Vucevic can grab each game has been crucial.

Believe it or not, that also isn’t the only contribution he’s made on this side of the ball. While Vucevic has been labeled a poor defender for much of his career, many of the concerns could be overblown. The Bulls not only hold the 4th-best defensive rating in the league with Vucevic as their primary center, but the team’s top-5 defensive lineups all include Vucevic. With more skilled POA defenders like Lonzo Ball and Alex Caruso on the floor, it has made Vucevic’s life that much easier. He has been able to put himself in the right position to contest shots and cut off driving lanes. In fact, the big man is also playing with arguably the most active hands of his career, as his 3.0 deflections per game rank 15th in the league. Jusuf Nurkic and Nerlens Noel are the only other two centers to sit within the top-15.

Look past the clanked 3’s and *shivers* shanked layups on the other end, and Vucevic has actually done his job rather well. Head coach Billy Donovan has always asked his starting big man to help facilitate, which is something Vucevic is now doing better than at any other point in his career. Not only is his 4.3 assists per game a career-high, but it’s tied just behind Lonzo Ball’s 4.4 for the team-high. Even better, this increase in facilitating has not come with an increase in turnovers. Vucevic’s 8.6 TOV% ranks in the league’s 89th percentile, and his 3.07 assist-to-turnover ratio is the best among centers.

All came with shot clock winding down, but I wouldn’t hate to see him get the chance to create a tiny bit more (especially with halfcourt offense struggling).

Grab it at the elbow and let guys move/cut. He has the court vision. pic.twitter.com/aXQwtpFeJb

I’d also be remiss if I didn’t mention Vucevic’s screening ability. I know there is nothing sexy about setting a rock-solid screen, but for basketball nerds, this was one of the most exciting skillsets he brought to the team upon his arrival last season. For a roster that has lethal scorers and ballhandlers like Zach LaVine and DeMar DeRozan, a great screener like Vucevic makes scoring points all the easier. The center currently averages 4.8 screen assists per game, which is the 10th-best mark in the league. I’d also expect that number to only go up as the Bulls offense finds an even better rhythm.

No one is denying that Vucevic is off to a bad start on the offensive end, but pretending he has not helped this team reach their 7-3 record is a bit silly. The work he has done around the margins to make up for such a dismal offense start has a lot to do with why he is considered an All-Star-caliber player.

And, hey, if it makes Bulls fans feel better, he showed signs of finally breaking through this slump in the team’s 23-point victory over the Brooklyn Nets. His 7-point performance in the 4th quarter – which included a huge 3-pointer to give the Bulls their first double-digit lead of the night – left Bulls fans with a sweet taste in their mouth. And he will now have a chance to make things taste even sweeter against a Dallas Mavericks team that surrenders the 7th-most points in the paint a night.