The Chicago Bulls are FOR REAL, folks!

After a statement win against the Brooklyn Nets on Monday, the Bulls welcomed Luka Doncic and the Dallas Mavericks into the United Center on Wednesday night with a relative smackdown. Save for an abbreviated run by Dallas towards the end of the first quarter; this one was never in doubt, as the Bulls cruised to a 117-107 victory over the Mavs.

Meanwhile, Zach LaVine and DeMar DeRozan continued to put on a scoring clinic. The former scored a game-high 23 points on 8-of-12 shooting (2-for-2 from three) while adding three rebounds, three assists, and a steal. The latter added 17 points, seven rebounds, six assists, and a block. Nikola Vucevic played a strong game and scored 18 points while grabbing ten rebounds to record the double-double.

And all told, the Bulls had five players in double-digits on Wednesday night.

The Bulls were able to limit the damage that Luka Doncic was able to do to them, holding Doncic to 20 points on a 6-for-18 (1-for-6 from three) shooting night. Doncic did grab ten rebounds and eight assists in the losing effort, but the Bulls defense was able to limit Dallas to just 33 looks from three-point range, with only 12 falling for the Mavericks.

The Bulls’ second unit, led by Alex Caruso, was stellar again tonight, outscoring the Mavs 31-27 in bench points. Caruso poured in 16 on 6-for-7 shooting from the floor and 3-of 4 from deep. Caruso also added six steals, two rebounds, and an assist on this DeMar DeRozan alley-oop down the stretch in the fourth.

The Bulls move to 8-3 on the season with the win over Dallas, and man, are they fun to watch. But, before I leave you this evening, let’s watch Zach LaVine — in the Space Jam Jordan’s — absolutely throw it down to put the exclamation point on this one.

Pssst… even ESPN is taking notice of this squad. 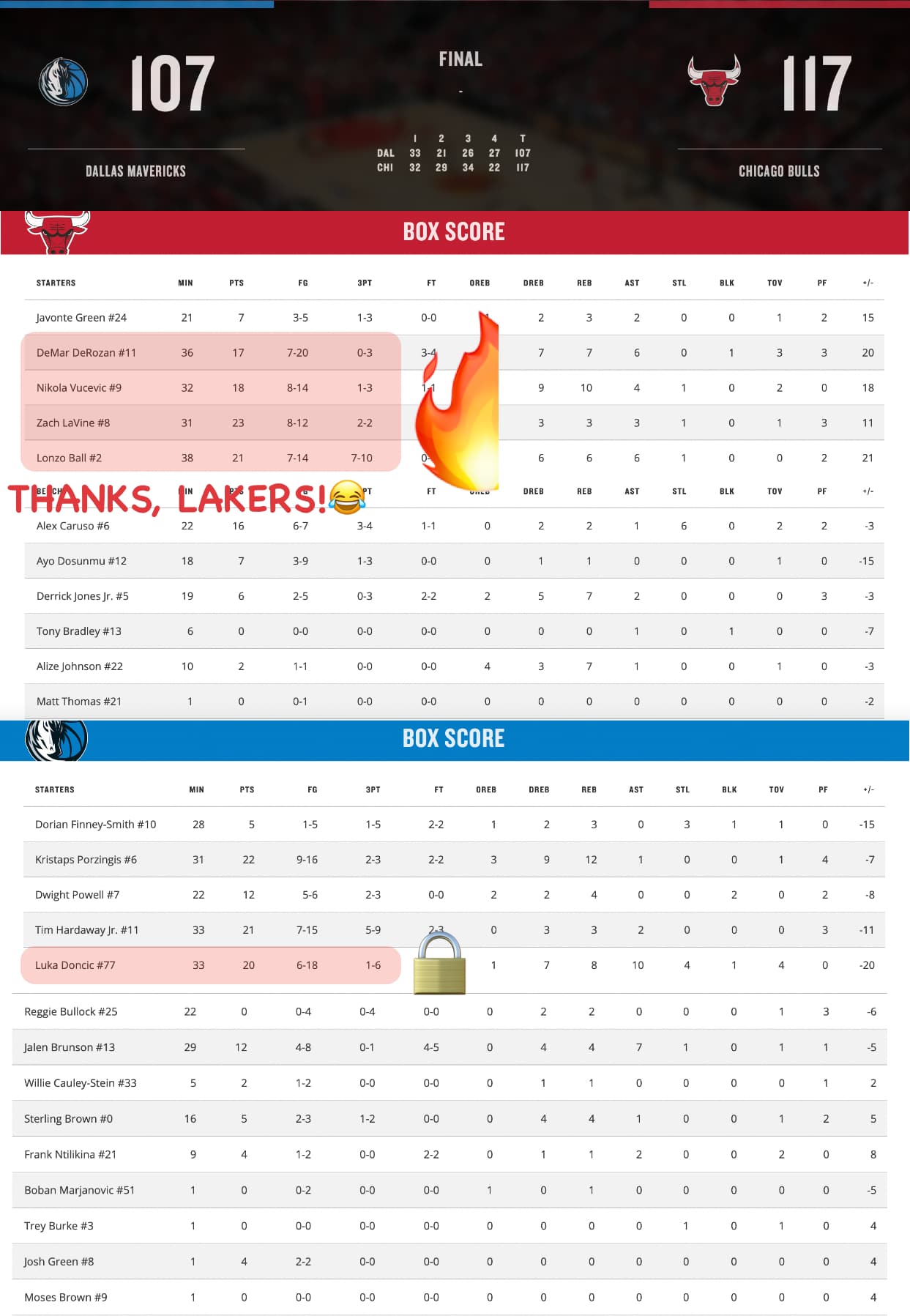