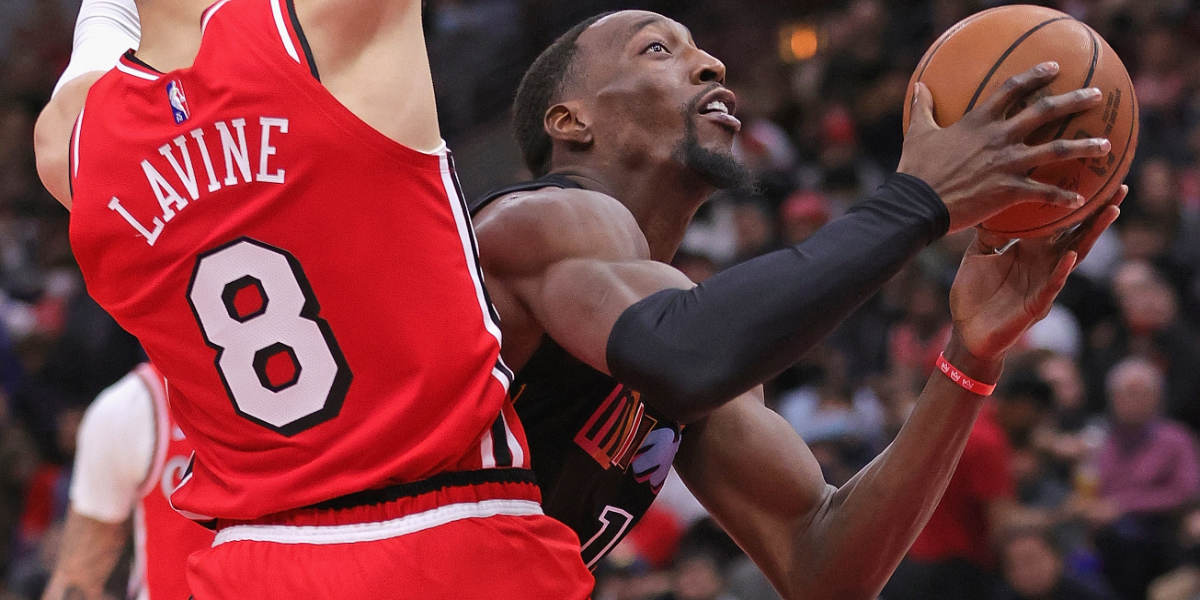 One of the Eastern Conference’s top teams just got some bad news.

According to the Miami Heat, Bam Adebayo is expected to miss extended time with a torn UCL in his right thumb. The big man will undergo surgery.

INJURY UPDATE: Bam Adebayo suffered a torn Ulnar Collateral Ligament in his right thumb during Monday's game vs Denver and will undergo surgery this weekend.

A timetable on his return will be provided post-surgery.

While the team wrote that a timetable for a return would be shared post-surgery, ESPN’s Adrian Wojnarowski did provide an “expected timeline” of four-to-six weeks. If Adebayo was able to follow the front end of that recovery period, he would be set to miss the next 15 games. A six-week absence would have him missing roughly 21 games.

Every missed game counts in what looks to be a tight Eastern Conference. Adebayo is the team’s starting center averaging 18.7 points, 10.2 rebounds, and 3.2 assists per game on a 51.9 percent clip from the field. He has been a pivotal part of the team’s 10th-ranked defense, carrying a defensive estimated box-plus minus that ranks in the league’s 92nd percentile, per Dunks & Threes. In other words, there is no question removing him from the lineup for an extended period of time could be a significant blow to the Heat, who are currently tied for having the 3rd-best record in the Eastern Conference.

Miami also happens to sit right behind Chicago with their 13-8 record, and the two teams will meet up for the second time this season on Saturday, December 11th. The Heat stole the first game of this four-game series 110-107. If the Bulls were not already hungry for revenge, this prolonged absence of Adebayo only makes the upcoming game more important. Miami is a veteran team that can still make plenty of noise as the season goes on, but these next handful of weeks without Adebayo could eventually prove to have a major impact on how the East playoff picture ends up.

A Very Bad Loss, the Impact of Ball and Caruso, Could Pistons Keep Grant? And Other Bulls Bullets